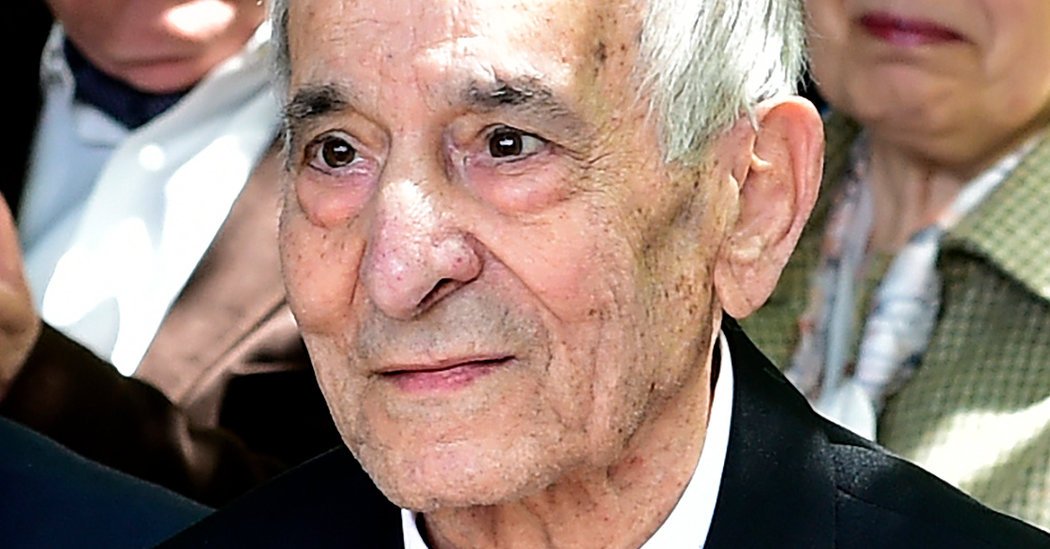 This obituary is part of a series about people who have died in the coronavirus pandemic.

D-Day was approaching and France’s 2nd Armored Division was ready to take part. Rafael Gómez Nieto, a veteran of the Spanish Civil War, and the division’s mostly Spanish “Nueve” unit shipped off from North Africa to England.

The division, led by Gen. Philippe Leclerc, then crossed the English Channel and La Nueve made its way through the French countryside. Mr. Gomez’s unit narrowly survived a German encirclement in a French village.

He and his comrades forged on, reaching the southern edge of Paris on Aug. 24, 1944. In an armored vehicle named Guernica, he wound his way through side streets to avoid German soldiers and then raced at full speed toward City Hall.

His unit turned out to be the first Allied force to take part in the liberation of Paris.

“I entered Paris with the Guernica, we were Spanish and voilà!” Mr. Gómez recalled in a documentary aired by Canal Sur, a regional Spanish channel. “People were surprised to see French troops speaking to them in Spanish.”

Mr. Gómez, the last surviving member of La Nueve, died on Tuesday in Strasbourg, France. He was 99. He had contracted the coronavirus, his son, Jean-Paul Gómez, said by phone.

The office of the French president, Emmanuel Macron, said in a statement, that with his death, “Part of our French and European history has gone. That of the Spanish Civil War and the Second World War, that of the odyssey of Spanish Republicans engaged in the fight to suppress the Nazi yoke.”

Mr. Gómez was born on Jan. 21, 1921, in Adrá, a town in the southern province of Almería. His father, a career soldier, was stationed in northeastern Catalonia when Spain’s civil war started.

Mr. Gómez was recruited as a teenager into the “Quinta del Biberón,” a celebrated contingent formed in 1938 by the Republican government in a last-ditch effort to stop the advance of the troops of Gen. Francisco Franco, who had plunged Spain into a civil war after staging a coup in July 1936.

Mr. Gómez and the Quinta soon headed for the Battle of the Ebro, one of the bloodiest episodes of the civil war, during which the Republicans unsuccessfully sought to turn the tide by launching a large-scale counterattack across the Ebro river.

When Franco won the war in April 1939, Mr. Gómez and his father escaped to France and found themselves interned in different camps. After his release, Mr. Gómez headed for the Algerian city of Oran, where an uncle lived.

There, he volunteered to join La Nueve, in which 146 of the 160 men were Spanish. When he told his mother that he was going to fight another war, “She smashed a glass on the floor out of anger,” Mr. Gómez recalled in the documentary. “I just wanted to fight for the good of humanity,” he added.

Supplied by the American military, La Nueve helped drive the Nazis out of North Africa, under the orders of a French captain, Raymond Dronne.

“We were famous because we had already done a war and knew what a war was about,” Mr. Gómez said. “They put us on the front line and told us: ‘La Nueve, go for it.’”

It took six decades for La Nueve to be officially honored by France, when the authorities in Paris unveiled a plaque in 2004 to commemorate its special role in the city’s liberation.

Robert S. Coale, a professor of Hispanic Studies at the University of Rouen, France, said in the documentary about Mr. Gómez that La Nueve was purposefully forgotten after the war both in France and Spain.

“People didn’t talk much in France about the Spanish soldiers in Leclerc’s division, because according to the French they were French soldiers, and people didn’t talk in Spain about the anti-Fascist Spaniards in World War II because we still had Franco.”

After Paris, La Nueve helped liberate Strasbourg and eventually made its way into Germany. Mr. Gómez reached Berchtesgaden, where Hitler had his mountain residence, just in time for Germany’s surrender.

Only about a dozen members of the unit survived the war because the French army also put it in the vanguard, or “always on the front line,” Mr. Macron’s office said.

Mr. Gómez, who was awarded the Legion of Honor, is survived by his son and three daughters. He also had 14 grandchildren and several great-grandchildren. His wife, Florence López, died in 2015.

Like other Republican soldiers, Mr. Gómez hoped that the Allies, after defeating Germany, would attack Franco’s Spain, given the military support provided to his war effort by Fascist Italy and Nazi Germany, said Evelyn Mesquida, the author of “La Nueve” (2008).

“He had to live with the feeling of being the victim of a treason,” she said in a phone interview, “since clearly all the Spanish soldiers hoped that Franco would be the next target of the Allies, to remove Fascism.”