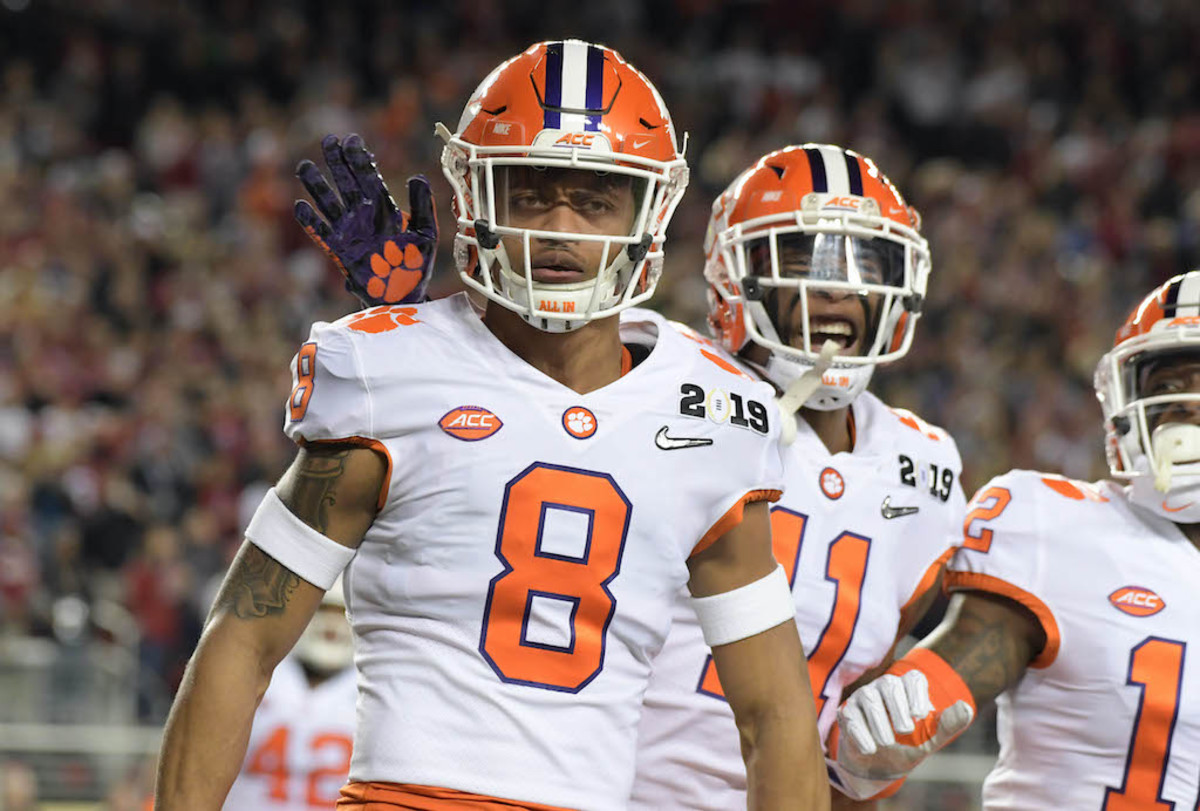 The 2020 NFL Draft is only a few weeks away, and with the rest of the sports world on hold, many bettors are using draft props to sate their betting appetite. There are dozens of options to choose from, but let’s focus in on a very intriguing prop that pits two schools against each other.

When the first night of the draft draws to a close, which school will have more players drafted: Oklahoma or Clemson?

I love these props. It requires bettors to do a mock draft in their head before wagering. But let’s save a little time and break down the possibilities.

Saying Simmons is a no doubt first-round pick isn’t exactly high-level analysis because, you know, he should be taken in the Top 5 overall. He’s a premier talent that I have mocked to the New York Giants with the fourth overall selection. If he doesn’t go to New York, he could wind up with the Carolina Panthers at No. 7, the Arizona Cardinals at No. 8, or the Jacksonville Jaguars at No. 9. It’s hard to envision him not being a Top 10 pick. Check one box for Clemson.

Depending on who you ask, Lamb is either the No. 1, 2 or 3 wide receiver in this draft class. At one point, he was mocked to Arizona at No. 8 overall because of his connection to quarterback Kyler Murray, but the addition of DeAndre Hopkins has quelled those rumors. Still, there appears to be a spot right outside of the Top 10 that’s primed for a receiver run. All three top tier WRs, Lamb, Jerry Jeudy, and Henry Ruggs III, are expected to come off the board between picks 11-15. I mocked Lamb to the Denver Broncos at No. 15, but the New York Jets (11), Las Vegas Raiders (12), and San Francisco 49ers (13) are all strong possibilities too. Check one box for the Sooners.

It would be quite surprising to see Murray drop to Day 2 of the draft. He’s been mocked as high as No. 12 to the Raiders, but I believe he falls somewhere between picks 20-28. If he’s on the board and assuming the Baltimore Ravens don’t want to reach for a wide receiver, I don’t expect Murray to fall beyond Baltimore at pick No. 28. You can keep the pen out and check box No. 2 for Oklahoma.

This is likely where this bet is won or lost. Bettors are going to be sweating this one out until the final pair of picks in Round 1. The 49ers and Kansas City Chiefs are prime candidates to take a cornerback. I have both teams grabbing one to finish out Day 1, with Terrell going to San Francisco. With Jeff Okudah, C.J. Henderson, Kristian Fulton, and Jeff Gladney all likely off the board, I like Terrell’s odds of being the fifth CB taken. Still, there’s some risk that one or both of these teams like Trevon Diggs or Noah Igbinoghene more than Terrell.

Higgins’ first-round hype disappeared following the Stefon Diggs trade to the Buffalo Bills. No other team has been linked to the Clemson WR in Round 1. But with WR-needy teams like the Ravens and Green Bay Packers (and maybe the 49ers if they don’t take one at No. 13 overall) at the end of the first round, it’s something bettors have to consider.

Final note: I’m strongly leaning toward an even 2-2 split for these teams in Round 1. I have Simmons (4), Lamb (15), Murray (28), and Terrell (31) off the board on Day 1. It’s way more likely Terrell or Higgins get drafted in the first round than either Neville Gallimore or Jalen Hurts, so my money is on the Clemson side winning this bet.

Which Team Will Have The Most First-Round Picks (LSU or Alabama)?

2020 NFL Draft: When Will CeeDee Lamb Be Selected?