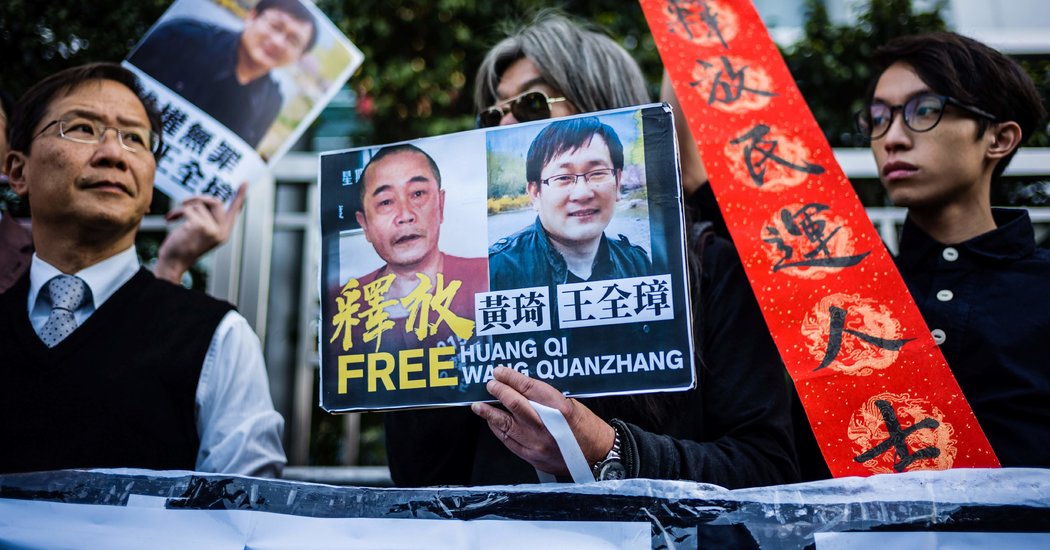 HONG KONG — A Chinese human rights lawyer who took up sensitive cases of journalists, democracy advocates and followers of banned spiritual movements was released from prison on Sunday after being held for nearly five years, his wife said.

The lawyer, Wang Quanzhang, was the last of hundreds of legal workers to face prosecution after a widespread crackdown by China on the field in 2015. He was not tried until December 2018, more than three years after his detention. During his trial, which was held in secret, he was sentenced to four and half years in prison for “subversion of state power,” a charge used to target people the authorities believe are attempting to organize challenges to the ruling Communist Party.

Mr. Wang’s wife, Li Wenzu, wrote on Twitter that she received a call from him on Sunday morning saying he had been released from prison but she had said in recent days that she feared they would not be able to reunite.

Mr. Wang, 44, and his family have long lived in Beijing, the capital, but he was ordered to remain in Shandong Province, where he had been imprisoned and which is the site of his household registration, Ms. Li said. Ms. Li could not be immediately contacted. But in a video posted online she said that as a native of Hubei, where the coronavirus pandemic began late last year, she would not be allowed back into Beijing if she left because of quarantine rules.

“We have been waiting for nearly five years, seeing this day approach,” she said in a video posted Tuesday. “But I can’t see him at that first moment, can’t bring him back home from prison. The more I think about this I become fidgety.”

Legal rights organizations have warned that while Mr. Wang has been released from prison, he could remain far from truly free and possibly under some form of house arrest or strict surveillance.

The China Human Rights Lawyers Concern Group, a Hong Kong-based advocacy organization, said that similar restrictions had been placed on other released legal workers. Jiang Tianyong, who helped publicize the torture claims of another lawyer and was imprisoned for two years for inciting subversion, remains under house arrest in Henan Province after his release last year. He has been deprived access to medical care, the group said.

The organization released a letter signed by a dozen legal and human rights groups calling on the Chinese government to not put Mr. Wang “under any form of house arrest, surveillance, or any other form of control over his personal freedom.”

Ms. Li has helped draw attention to her husband’s case, even as the government has tried to hide it from public view. His trial was held behind closed doors because the court in Tianjin, where he was tried, determined the case involved state secrets.

In 2018 Ms. Li and family members of other detained lawyers tried to march about 60 miles from Beijing to Tianjin, where her husband was then being held. She and the wives of other legal activists shaved their heads to protest the treatment of their husbands. In Mandarin the word for “hair” sounds like “law.”

“In Chinese, having no hair sounds like having no law,” Ms. Li said in 2018. “We meant that we can do without our hair, but we can’t do without law.”