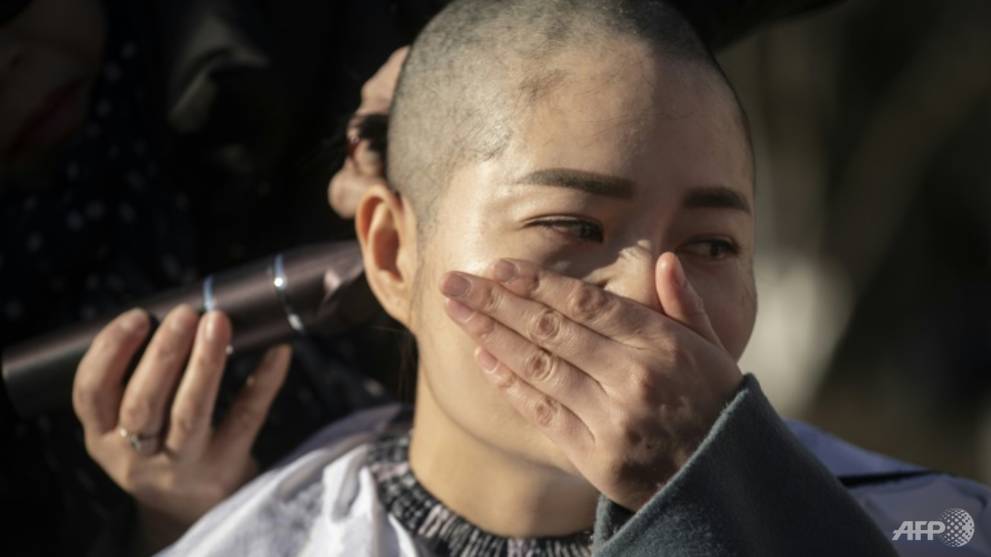 BEIJING: A leading Chinese human rights lawyer has been released from prison after almost five years behind bars, his wife said Sunday (Apr 5).

Wang Quanzhang, 44, was first detained in 2015 in a sweeping crackdown on more than 200 lawyers and government critics in China as President Xi Jinping tightened his grip on power.

But Wang has yet to return home to his family in the Chinese capital and was instead escorted Sunday to a property he owns in eastern Shandong province for 14 days in quarantine as a precaution against the coronavirus, according to wife Li Wenzu.

Li told AFP from Beijing, where she lives with the couple’s young son, that she feared Wang would be placed under house arrest despite his release from prison, and would be subject to surveillance.

“I think (authorities) have been lying to us step by step,” Li said.

“They used the pretext of the epidemic as an excuse to quarantine him for 14 days when he should have been able to return to his home in Beijing according to the relevant legal guidelines.”

Calls to the prison went unanswered Sunday and Shandong’s justice department did not respond to enquiries from AFP.

Wang’s initial detention in 2015 came as part of the so-called “709” crackdown, nicknamed as such because it began on July 9 that year.

But it was not until January 2019 that he was sentenced to four-and-a-half years in prison for “subverting state power” in a closed-door trial.

A prominent lawyer who has defended political activists and victims of land seizures, Wang was held incommunicado prior to the trial.

“I am really worried they plan on putting him under long-term house arrest and will prevent us from being reunited as a family,” said Li, who has tirelessly campaigned for her husband’s release.

Police had forcibly evicted tenants from Wang’s property in the city of Jinan to make way for his return to Shandong, his wife added.

Li said she believed his stay there was not out of choice.

“His speech is being restricted. He phoned me yesterday saying he would go to Jinan,” she said.

“Is this what a rational person would do after being separated from their wife and child for almost five years?”

Li’s first trip to see her husband since his detention in 2015 came in June last year when she was granted a prison visit after repeated denials, she said.

“My husband’s health has deteriorated during the long incarceration, he has lost so much weight,” Li told AFP at the time.

Beijing has stepped up its crackdown on civil society since Xi took power in 2012, tightening restrictions on freedom of speech and detaining hundreds of activists and lawyers.