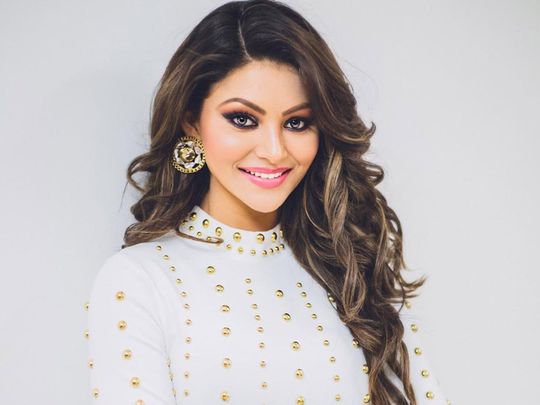 Bollywood actress and former Miss India Urvashi Rautela, who was slammed for plagiarising New York-based writer’s Jaun Paul Brammer’s review of Oscar winning Korean film ‘Parasite’ in a tweet last week, claims it was her social media team’s mistake and refused to own up to her mistake.

“As Urvashi Rautela’s spokesperson would like to make it clear that the tweet regarding ‘Parasite’ was not done by Urvashi Rautela, it was done by her social media team. Urvashi was completely unaware of it. After we came across it, we took the necessary steps. Apology for the inconvenience,” said her publicist in a What’sApp message to Gulf News.

He also added that the tweet has now been deleted, but did not elaborate on what was meant by ‘necessary steps’.

On March 31, Rautela — who is known for her over-enthusiastic PR antics and questionable acting skills — posted her thoughts on the seminal blockbuster.

“One thing I really love about @ParasiteMovie is that rather than depict the fam as scammers pretending to be good at their jobs, they actually do their jobs flawlessly! what they lack isn’t skill, but institutional stamps of approval & the bows and ribbons that rich people love (sic),” wrote Rautela on her Twitter account. She also posted the same on her Instagram story.

The posts have been deleted, but not before she was called out for copying someone else’s thoughts as her own.

While the original author JP wasn’t too bothered, he labelled her a ‘D-list actress in India’.

Rautela has a history with plagiarism. In the past, she has also copied Gigi Hadid’s Instagram post and Beyonce’s dance routine without crediting them.