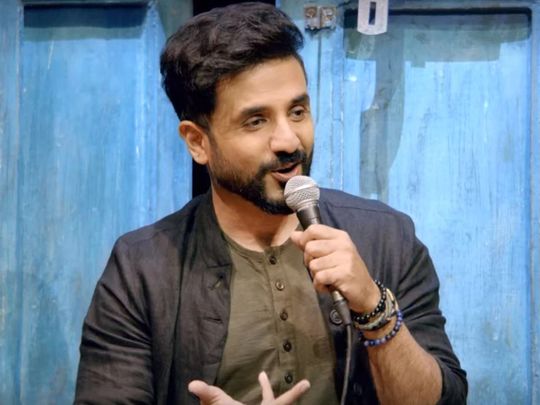 Stand-up comedian and actor Vir Das says is looking forward to his upcoming web series ‘Hasmukh’ because it’s something different for him.

“Performing in front of a live audience is extremely different from being in a fictional film or series. I’m back on screen playing a strange and unusual character, so I’m excited,” Das said.

The trailer of the show was released on Friday. The series follows the journey of a young man from Saharanpur who wants to be the greatest comedian in the world. While he is a great writer, he lacks comic timing.

Talking about the role of Hasmukh, he said: “He’s super awkward, soft-spoken and always mild, until he murders or gets on stage. Stand-up comedians will relate to Hasmukh’s journey — well, most of it at least. We’re all looking for innovative ways to make people laugh, but this guy takes it to the next level. The trailer should give you a sneak peek into what I’m talking about, but just wait and watch.”