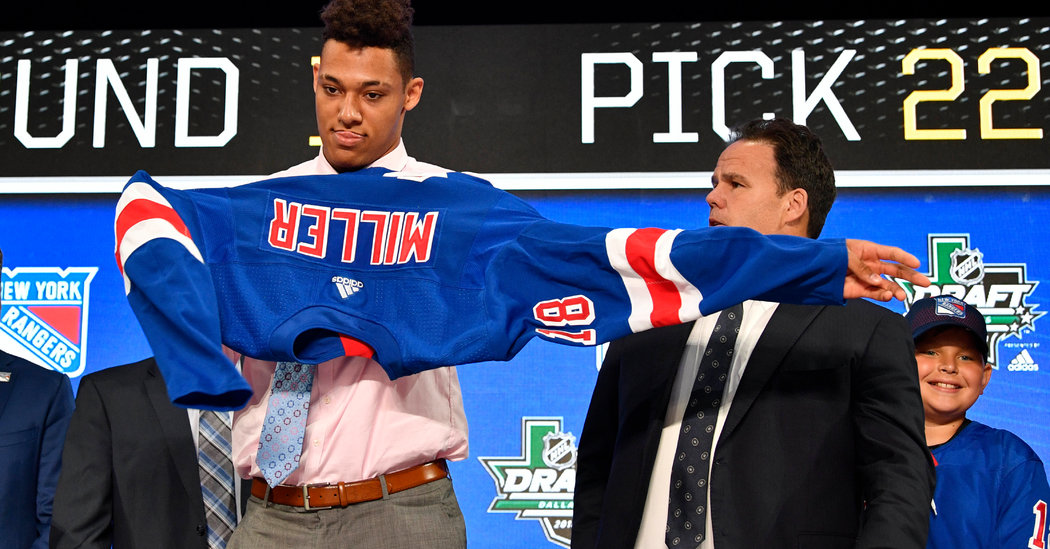 K’Andre Miller, a top prospect for the Rangers, was repeatedly subjected to a racial slur when a team-sponsored online video chat was hacked on Friday.

Miller, who is African-American, was participating in the Rangers’ “Future Fridays” series on the videoconferencing app Zoom, which allowed questions from fans. The N.H.L. has been shut down since March 12 because of the coronavirus pandemic.

Miller, 20, was chosen 22nd over all by the Rangers in the 2018 draft, and he has played the past two seasons for the University of Wisconsin. The 6-foot-4 defenseman, a native of St. Paul, Minn., signed an entry-level contract with the Rangers last month.

During the question-and-answer session, the slur was repeatedly typed out on the chat screen. In statements issued hours later, the Rangers and the N.H.L. condemned the hacker’s comments, and the team said it was investigating the matter.

Several fans on social media, however, questioned why the team and league had waited so long to issue the condemnation.

“We held an online video chat with fans and New York Rangers prospect K’Andre Miller, during which a vile individual hijacked the chat to post racial slurs, which we disabled as soon as possible,’’ the Rangers said on Twitter. “We were incredibly appalled by this behavior, which has no place online, on the ice, or anywhere.”