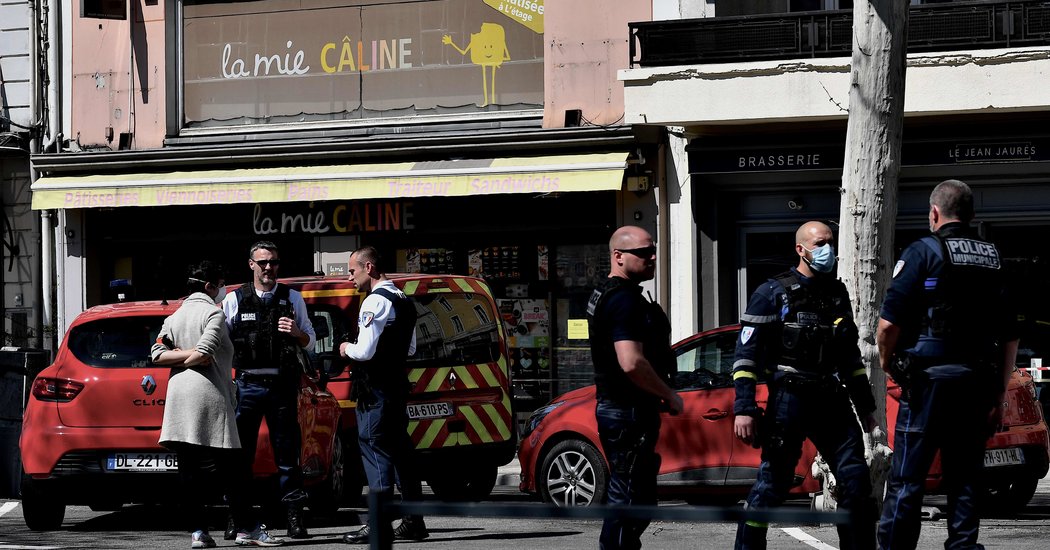 PARIS — A man wielding a knife attacked customers lined up outside a bakery in a town under lockdown south of the French city of Lyon on Saturday, killing two people and wounding several others, prosecutors said.

The antiterrorism prosecutor’s office said a suspect was arrested after the attack unfolded at 11 a.m. local time in a commercial street in the town of Romans-sur-Isere.

Prosecutors did not identify the suspect, but said he had claimed to be Sudanese born in 1987. Local news reports said he was an asylum seeker.

The prosecutor’s office said it was evaluating whether the attack had been motivated by terrorism.

French news reports said that at least seven other people had been wounded, with at least one in critical condition.

It was not immediately clear if the attacks had any link to the lockdown. Interior Minister Christophe Castaner said security services were trying to establish the nature and circumstances of the stabbings.

Like the rest of France, the town’s residents are on a lockdown because of the coronavirus outbreak. The victims were most likely carrying out their weekend food shopping on the street, which is replete with bakeries and grocers.