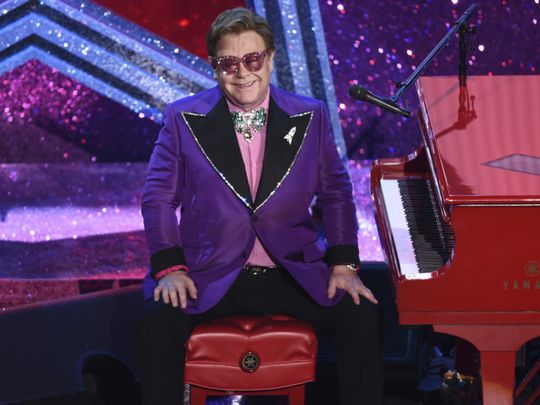 An Elton John-led, star-studded benefit concert that raised more than $10 million (Dh36.7 million) to battle the coronavirus will be re-aired on Fox next week.

Billie Eilish, Mariah Carey and Alicia Keys will be shown performing from their homes on ‘Fox Presents the iHeart Living Room Concert for America,’ which will air Monday. The money will go to Feeding America and First Responders Children’s Foundation.

Other performers include Tim McGraw, H.E.R. and Sam Smith, who sang ‘How Do You Sleep’ in a cappella form. Dave Grohl sang ‘My Hero’ from his studio in Hawaii, Green Day’s Billie Joe Armstrong strummed his guitar to ‘Boulevard of Broken Dreams,’ while Camila Cabello sang ‘My Oh My’ from Miami with a guitar assist from beau Shawn Mendes.

Lady Gaga, Lizzo, Ellen DeGeneres and Ryan Seacrest paid tribute to those combating the spread of the virus.