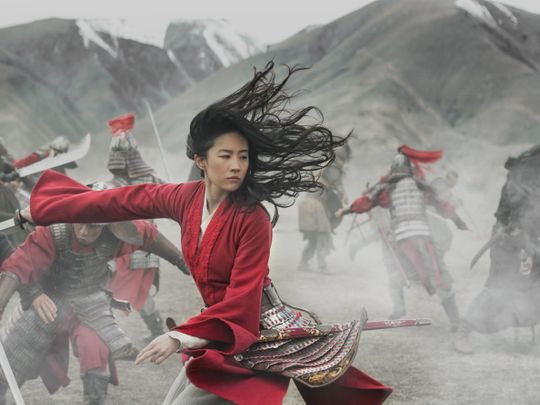 Disney delayed the releases of more than a dozen major films on Friday, but has not given up on a summer blockbuster with ‘Mulan’ now pencilled in for a July launch despite the coronavirus pandemic.

The revised schedule confirmed eagerly awaited Marvel movies ‘Black Widow’ and ‘The Eternals,’ as well as the latest ‘Thor’ and ‘Doctor Strange’ sequels, have all been pushed back as the virus shutters theatres around the world.

‘Black Widow’ starring Scarlett Johansson, the first of the new “phase” of the record-breaking superhero franchise, will now debut in November, causing most subsequent instalments to move later in a domino effect.

One untitled Marvel film previously set for summer 2022 was removed from the schedule entirely.

But in a note of optimism that North American movie theatres could reopen sooner rather than later, ‘Mulan’ — a mega-budget live action remake of the tale of a legendary Chinese warrior — is now tentatively set to launch July 24.

That chimes with positive notes from National Association of Theatre Owners officials, who told a webinar Friday that theatres could reopen late May or June with social distancing measures in place to seat audience members far enough apart.

However, Disney’s ‘Artemis Fowl’ became the latest major studio film to skip theatres entirely and move directly to streaming — a trend that has triggered alarm among movie exhibitors.

The children’s book adaptation will debut on Disney+ instead, at an undisclosed date.

The next Indiana Jones film, currently untitled, was pushed back an entire year to July 2022, while a confirmed ‘Captain Marvel’ film bucked the trend by moving to an earlier slot that same month.