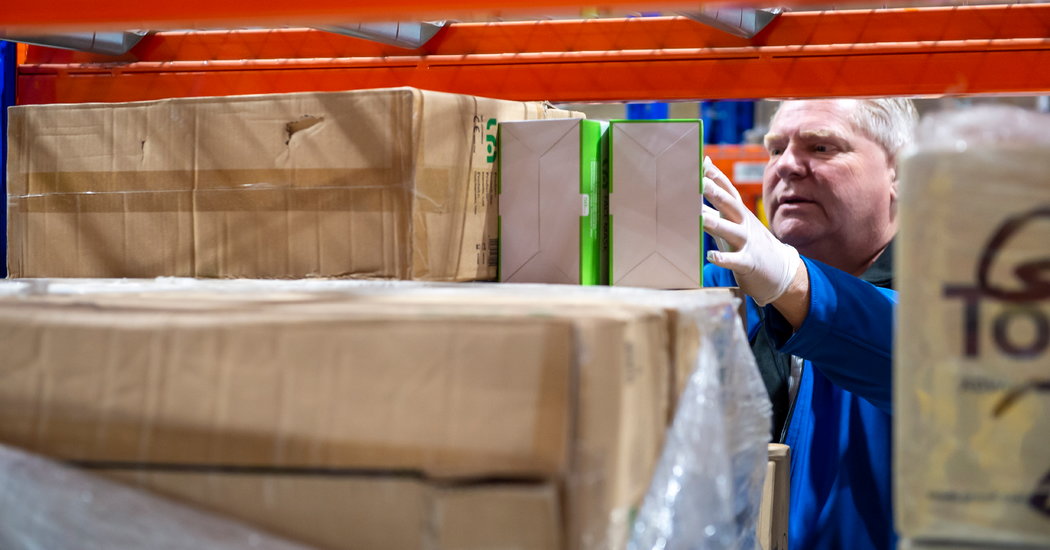 As Premier Doug Ford warned in advance, Ontario’s model made for grim reading. It currently estimates that by the time the virus has run its full course, perhaps 18 months to two years in the future, it will have killed 3,000 to 15,000 people in the country’s most populous province. But in the absence of preventive measures including the current shutdown of most aspects of daily life, the model projected 100,000 deaths related to the virus.

On Friday, Mr. Ford also expanded the scale of that shutdown.

“We’ve told the vast majority of Ontario’s work force to stay home,” he told a news conference. “Lives are on the line.”

Ontario’s forecast for the number proved difficult to calculate because of a large test laboratory backlog, which has just been cleared. But Dr. Peter Donnelly, head of Public Health Ontario, said that its track, the rate at which cases are growing, was closer to that of the United States rather than British Columbia.

Despite this, Ontario is projecting that its hospitals, like those in British Columbia, are not likely to be overwhelmed after including current plans to expand their acute care capacity. But the province’s PowerPoint charts show that’s the case just by a whisker.

Dr. Upshur said that the two provinces’ models suggested they were behind China and Italy at this point. That, he cautioned, does not mean that things are good.

“Covid-19 is very, very worrying and dangerous indeed,” he said. “This may be the biggest single challenge since World War II.”

All week, Prime Minister Justin Trudeau has been pressed to release the federal government’s forecasts. But its models are built on data from the provinces. On Friday he again promised that they would be made available, but said that the government was still waiting for figures from some provinces.