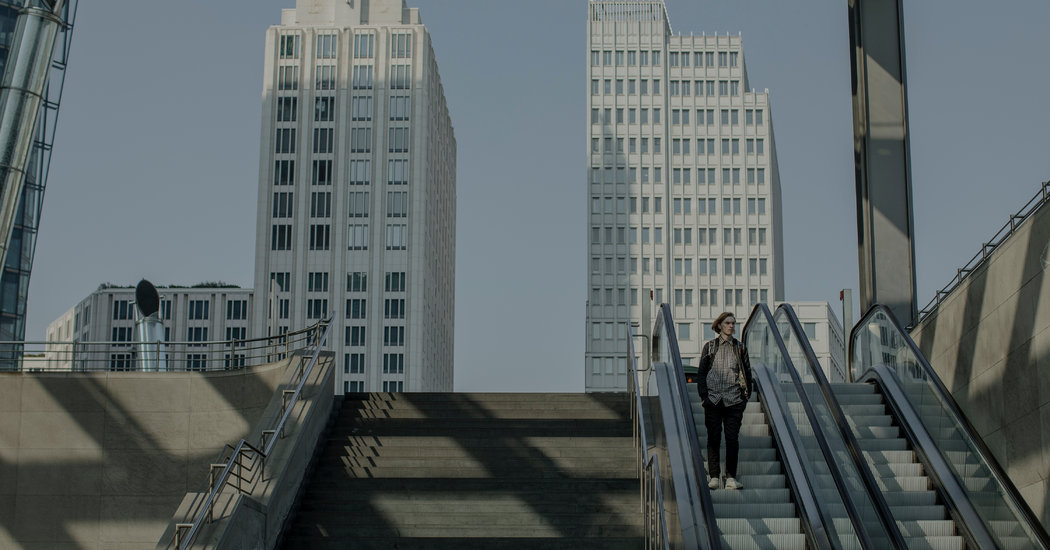 They call them corona taxis: Medics outfitted in protective gear, driving around the empty streets of Heidelberg to check on patients who are at home, five or six days into being sick with the coronavirus.

They take a blood test, looking for signs that a patient is about to go into a steep decline. They might suggest hospitalization, even to a patient who has only mild symptoms; the chances of surviving that decline are vastly improved by being in a hospital when it begins.

“There is this tipping point at the end of the first week,” said Prof. Hans-Georg Kräusslich, the head of virology at University Hospital in Heidelberg, one of the country’s leading research hospitals. “If you are a person whose lungs might fail, that’s when you will start deteriorating.”

Heidelberg’s corona taxis are only one initiative in one city. But they illustrate a level of engagement and a commitment of public resources in fighting the epidemic that help explain one of the most intriguing puzzles of the pandemic: Why is Germany’s death rate so low?

The virus and the resulting disease, Covid-19, have hit Germany with force: According to Johns Hopkins University, the country had more than 90,000 laboratory-confirmed infections by Friday evening, more than any other country except the United States, Italy and Spain.

But with 1,275 deaths, Germany’s fatality rate stood at 1.3 percent, compared with 12 percent in Italy, around 10 percent in Spain, France and Britain, 4 percent in China and 2.5 percent in the United States. Even South Korea, a model of flattening the curve, has a higher fatality rate, 1.7 percent.

“There has been talk of a German anomaly,” said Hendrik Streeck, director of the Institute of virology at the University Hospital Bonn. Professor Streeck has been getting calls from colleagues in the United States and elsewhere.

“‘What are you doing differently?’ they ask me,” he said. “Why is your death rate so low?”

There are several answers to this question, experts say, a mix of statistical distortions and very real differences in how the country has taken on the epidemic.

The average age of those infected is lower in Germany than in many other countries. Many of the early patients caught the virus in Austrian and Italian ski resorts and were relatively young and healthy, Professor Kräusslich said.

“It started as an epidemic of skiers,” he said.

As infections have spread, more older people have been hit and the death rate, only 0.2 percent two weeks ago, has risen, too. But the average age of contracting the disease remains relatively low, at 49. In France, it is 62.5 and in Italy 62, according to their latest national reports.

Another explanation for the low fatality rate is that Germany has been testing far more people than most nations. That means it catches more people with few or no symptoms, increasing the number of known cases, but not the number of fatalities.

But there are also significant medical factors that have kept the number of deaths in Germany relatively low, epidemiologists and virologists say, chief among them early and widespread testing and treatment, plenty of intensive care beds and a trusted government whose social distancing guidelines are widely observed.

In mid-January, long before most Germans had given the virus much thought, Charité hospital in Berlin had already developed a test and posted the formula online.

By the time Germany recorded its first case of Covid-19 in February, laboratories across the country had built up a stock of test kits.

“The reason why we in Germany have so few deaths at the moment compared to the number of infected can be largely explained by the fact that we are doing an extremely large number of lab diagnoses,” said Dr. Christian Drosten, chief virologist at Charité, whose team developed the first test.

By now, Germany is conducting around 350,000 coronavirus tests a week, far more than any other European country. Early and widespread testing has allowed the authorities to slow the spread of the pandemic by isolating known cases while they are infectious. It has also enabled lifesaving treatment to be administered in a more timely way.

“When I have an early diagnosis and can treat patients early — for example put them on a ventilator before they deteriorate — the chance of survival is much higher,” Professor Kräusslich said.

Medical staff, at particular risk of contracting and spreading the virus, are regularly tested. To streamline the procedure, some hospitals have started doing block tests, using the swabs of 10 employees, and following up with individual tests only if there is a positive result.

At the end of April, health authorities also plan to role out a large-scale antibody study, testing random samples of 100,000 people across Germany every week to gauge where immunity is building up.

One key to ensuring broad-based testing is that patients pay nothing for it, said Professor Streeck. This, he said, was one notable difference with the United States in the first several weeks of the outbreak. The coronavirus relief bill passed by Congress last month does provide for free testing.

“A young person with no health insurance and an itchy throat is unlikely to go to the doctor and therefore risks infecting more people,” he said.

On a Friday in late February, Professor Streeck received news that for the first time, a patient at his hospital in Bonn had tested positive for the coronavirus: A 22-year-old man who had no symptoms but whose employer — a school — had asked him to take a test after learning that he had taken part in a carnival event where someone else had tested positive.

In most countries, including the United States, testing is largely limited to the sickest patients, so the man probably would have been refused a test.

Not in Germany. As soon as the test results were in, the school was shut, and all children and staff were ordered to stay at home with their families for two weeks. Some 235 people were tested.

“Testing and tracking is the strategy that was successful in South Korea and we have tried to learn from that,” Professor Streeck said.

Germany also learned from getting it wrong early on: The strategy of contact tracing should have been used even more aggressively, he said.

All those who had returned to Germany from Ischgl, an Austrian ski resort that had an outbreak, for example, should have been tracked down and tested, Professor Streeck said.

Before the coronavirus pandemic swept across Germany, University Hospital in Giessen had 173 intensive care beds equipped with ventilators. In recent weeks, the hospital scrambled to create an additional 40 beds and increased the staff that was on standby to work in intensive care by as much as 50 percent.

“We have so much capacity now we are accepting patients from Italy, Spain and France,” said Susanne Herold, a specialist in lung infections at the hospital who has overseen the restructuring. “We are very strong in the intensive care area.”

All across Germany, hospitals have expanded their intensive care capacities. And they started from a high level. In January, Germany had some 28,000 intensive care beds equipped with ventilators, or 34 per 100,000 people. By comparison, that rate is 12 in Italy and 7 in the Netherlands.

By now, there are 40,000 intensive care beds available in Germany.

Some experts are cautiously optimistic that social distancing measures might be flattening the curve enough for Germany’s health care system to weather the pandemic without producing a scarcity of lifesaving equipment like ventilators.

“It is important that we have guidelines for doctors on how to practice triage between patients if they have to,” Professor Streeck said. “But I hope we will never need to use them.”

The time it takes for the number of infections to double has slowed to about eight days. If it slows a little more, to between 12 and 14 days, Professor Herold said, the models suggest that triage could be avoided.

“The curve is beginning to flatten,” she said.

Beyond mass testing and the preparedness of the health care system, many also see Chancellor Angela Merkel’s leadership as one reason the fatality rate has been kept low.

Ms. Merkel has communicated clearly, calmly and regularly throughout the crisis, as she imposed ever-stricter social distancing measures on the country. The restrictions, which have been crucial to slowing the spread of the pandemic, met with little political opposition and are broadly followed.

The chancellor’s approval ratings have soared.

“Maybe our biggest strength in Germany,” said Professor Kräusslich, “is the rational decision-making at the highest level of government combined with the trust the government enjoys in the population.”