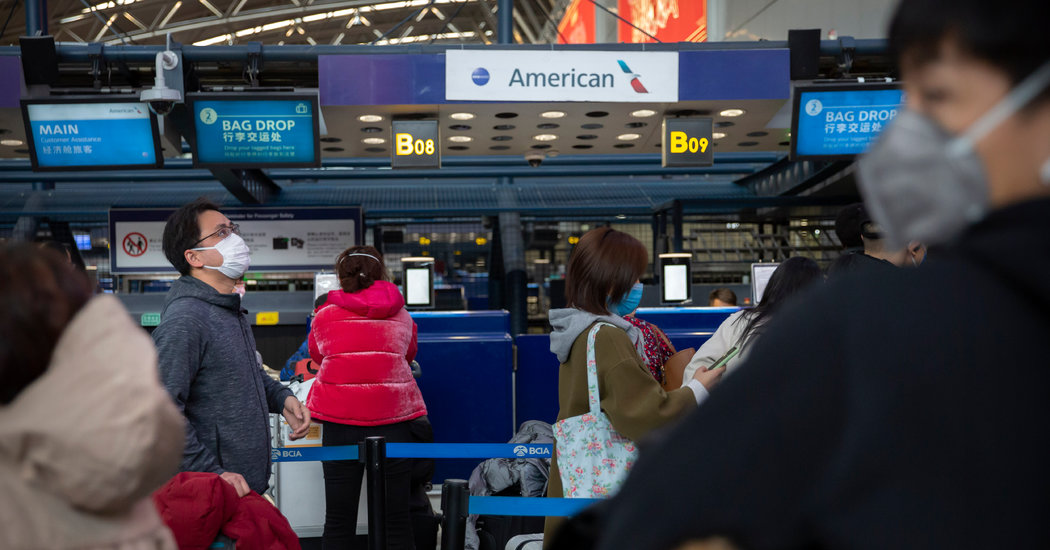 “I was surprised at how lax the whole process was,” said Andrew Wu, 31, who landed at Los Angeles International Airport on a flight from Beijing on March 10. “The guy I spoke to read down a list of questions, and he didn’t seem interested in checking out anything.”

Sabrina Fitch, 23, flew from China to Kennedy International Airport in New York on March 23. She and the 40 or so other passengers had their temperature taken twice while en route and were required to fill out forms about their travels and health, she said.

“Besides looking at our passports, they didn’t question us like we normally are questioned,” said Ms. Fitch, who had been teaching English in China. “So it was kind of weird, because everyone expected the opposite, where you get a lot of questions. But once we filled out the little health form, no one really cared.”

In January, before the broad screening was in place, there were over 1,300 direct passenger flights from China to the United States, according to VariFlight and two American firms, MyRadar and FlightAware. About 381,000 travelers flew directly from China to the United States that month, about a quarter of whom were American, according to data from the Department of Commerce’s International Trade Administration.

In addition, untold others arrived from China on itineraries that first stopped in another country. While actual passenger counts for indirect fliers were not available, Sofia Boza-Holman, a spokeswoman for the Department of Homeland Security, said they represented about a quarter of travelers from China. The restrictions, she added, reduced all passengers from the country by about 99 percent.

Mr. Trump issued his first travel restrictions related to the virus on Jan. 31, one day after the World Health Organization declared the outbreak a global health emergency. In a presidential proclamation, he barred foreign nationals from entering the country if they had been in China during the prior two weeks. The order exempted American citizens, green-card holders and their noncitizen relatives — exceptions roundly recognized as necessary to allow residents to return home and prevent families from being separated. It did not apply to flights from Hong Kong and Macau.