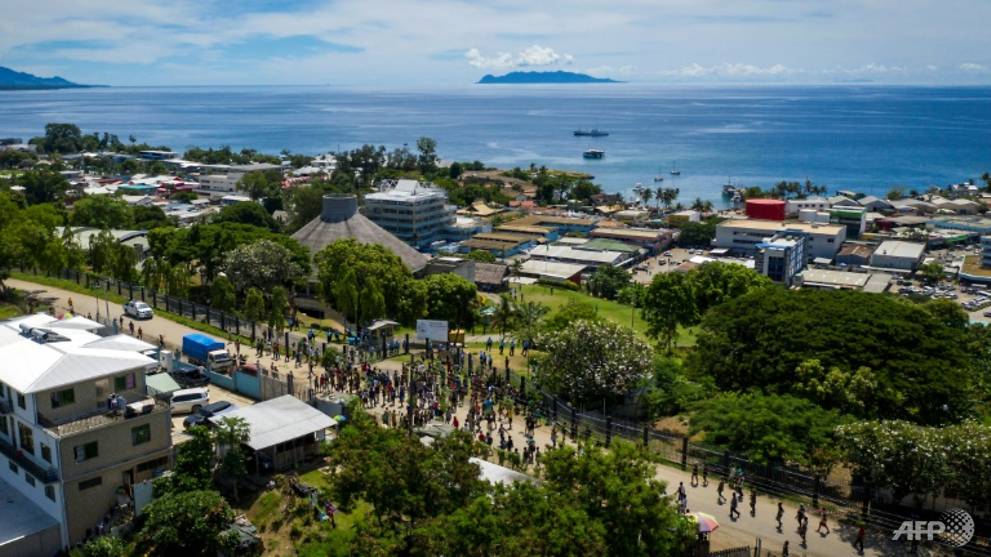 HONIARA, Solomon Islands: At least 28 ferry passengers were swept overboard in a powerful storm off the Solomon Islands, reports said on Saturday (Apr 4), with the captain unaware he had lost anyone until the boat docked.

The passengers were heading from the capital Honiara to West Are’are, more than 120km away, under a government programme to evacuate people to their home villages during the global coronavirus epidemic.

The MV Taimareho set sail on Thursday night as tropical cyclone Harold bore down on the Solomons, and with weather forecasters warning against any unnecessary voyages.

But the captain ignored advice not to sail, the nation’s leader said, as survivors reported dozens of people were swept overboard by huge waves and strong winds. Local media put the death toll at 28.

But police said it was impossible to verify the number.

“Initial reports say the captain of the boat had no knowledge of the missing people until he was informed when the boat arrived at her destination at Are’are,” police marine department chief Charles Fox Sau said.

“At this stage we cannot confirm how many people are missing as the investigation into this sad incident continues.”

In an address to the nation, Prime Minister Manasseh Sovagare said a search and rescue operation was under way.

“It is with deep regret to learn that a number of passengers are missing at sea after being washed overboard from a passenger vessel which departed … from Honiara, despite the several weather warnings issued,” he said.

Disaster authorities in the Solomons, which has limited healthcare facilities, have been stretched as they prepared for the impact of coronavirus while the region was being battered by tropical cyclone Harold.

The island nation, with a population of just over 600,000, is one of a dwindling number of countries where there have been no reported coronavirus cases so far.

Harold, packing winds of up to 160kmh, downed trees and damaged homes before heading away and was expected to intensify before reaching Vanuatu late Sunday.

Although the government has not yet completed a damage assessment, Australia has donated A$100,000 (US$60,000) in immediate emergency funding.