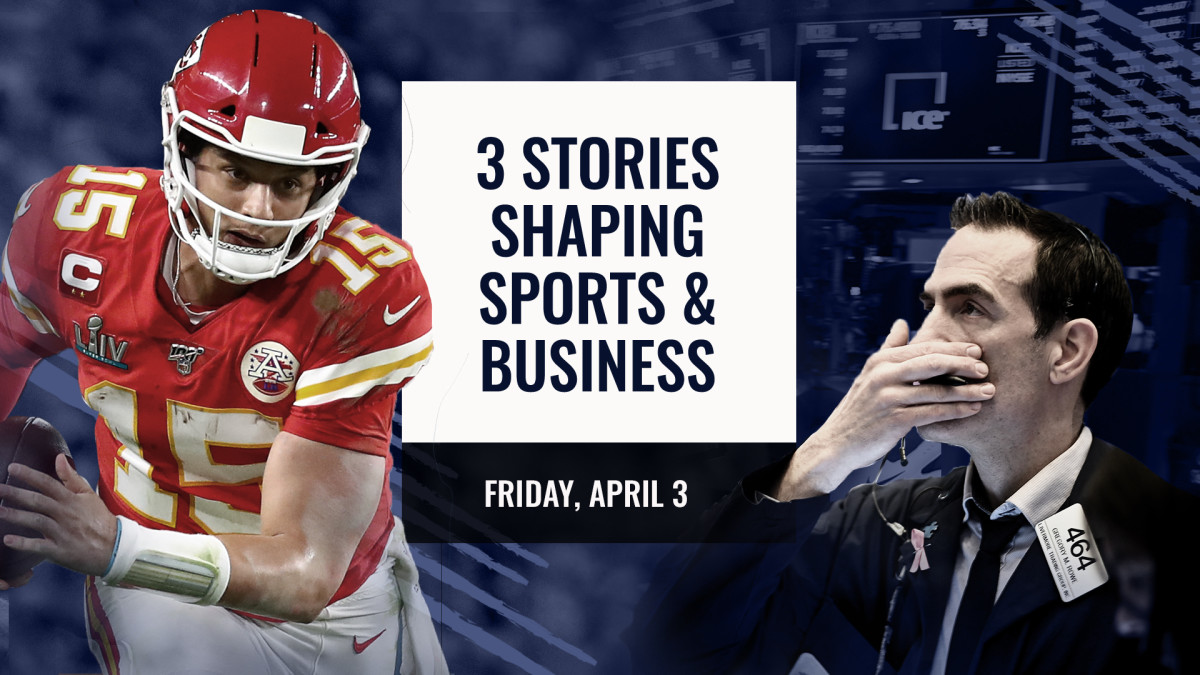 Everyday TheStreet and Sports Illustrated team up to deliver the three biggest stories in the world of sports and business. Here are those three stories for Friday, April 3.

Today is Day 23 with no sports, which is forcing sportsbooks to get creative with their wagers all in hopes of bringing in revenue from gambling. One sportsbook is now taking bets on which actors will star in an upcoming movie based on Netflix’s documentary, Tiger King.

Interested gamblers can place wagers on who will star as Carole Baskin, Doc Antle, John Finlay, Travis Maldonado, and of course Joe Exotic. Some of the actors with odds to be featured in the film include Kristen Wiig, Allison Janney, Leonardo DiCaprio, Kevin Bacon, Will Ferrell, Channing Tatum, James Franco and David Spade.

While the coronavirus is wreaking havoc on businesses everywhere, construction workers in Los Angeles, Las Vegas and Arlington, Texas are still reporting to the work site. That’s because workers building sports stadiums and arenas in those three cities are deemed “essential” according to their local and state governments.

Construction on SoFi Stadium, which will be the new home for the Chargers and Rams, Allegiant Stadium in Las Vegas, where the Raiders will play, and the Texas Rangers’ GlobeLife Stadium all continue despite some workers at each site testing positive for COVID-19.

Total cost of construction for all three stadiums is about $5.2 billion. Annual economic impact for the the Vegas stadium is around $620 million, according to Southern Nevada Tourism Infrastructure Committee. The stadium in L.A. is scheduled to open on July 25 for a Taylor Swift concert and the stadium in Vegas is supposed to open with a Garth Books concert on August 22.

There are now more than a million cases of the virus worldwide, with more than 55,000 deaths, according to data from Johns Hopkins. And, if you’re looking for a silver lining, there are more than 219,000 recovered cases worldwide.

Let’s turn our attention to the U.S. The U.S. has more than 245,000 cases of the virus, with more than 6,000 deaths. New York has now surpassed the 100,000-case mark. There were 10,000 new cases reported in the state yesterday, according to Governor Andrew Cuomo. New York City saw an increase in cases of 5,000, pushing NYC to 57,000 cases. NYC still has the seventh-highest case count in the world. New York state has the fourth-highest. New York reported 562 new deaths from the virus since yesterday morning. That is the largest single-day death toll increase from any state so far. New York now has more than 2,900 deaths from COVID-19. That puts New York state seventh in terms of global death toll.