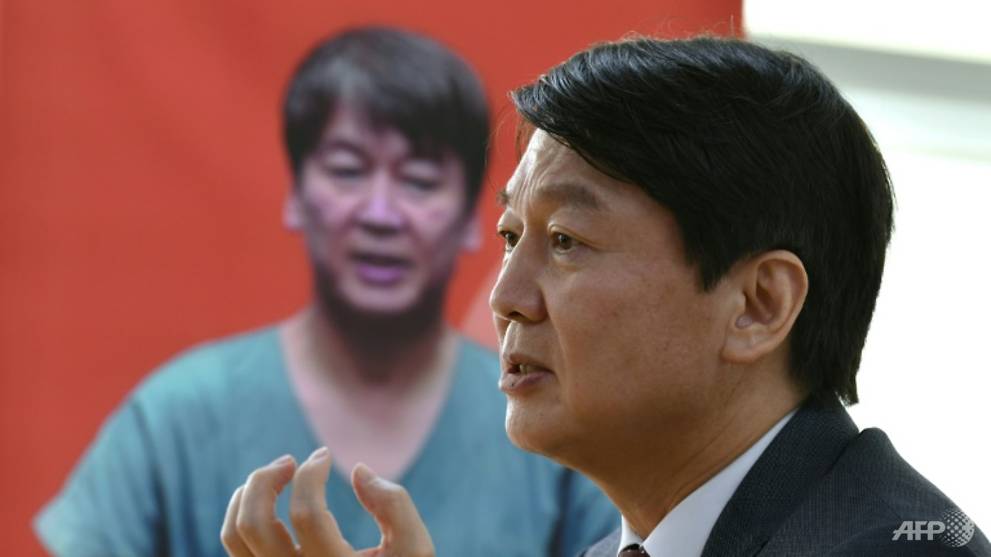 SEOUL: When hospitals in the South Korean city of Daegu were overwhelmed by coronavirus patients, officials appealed for doctors to help, and among the volunteers was multi-millionaire and former presidential candidate Ahn Cheol-soo.

The South was one of the first countries hit by the virus outside China, where it initially emerged, and for a time had the largest number of confirmed cases outside the Middle Kingdom.

But an extensive “trace, test and treat” programme – facilitated by rapidly approved kits and a widely adhered-to social distancing campaign – has seen it apparently brought under control, with fewer than 10,000 cases as of Wednesday and one of the lowest death rates anywhere.

As part of that drive, authorities sought to test every member of the Shincheonji Church of Jesus, a religious group often condemned as a cult, which is still linked to more than half the South’s cases.

As a result, a deluge of positive cases emerged in Daegu, the epicentre of the outbreak, where a Shincheonji member attended four crowded services before being diagnosed.

With the city’s hospitals overflowing, a doctors’ association issued a call for help and Ahn, 58, and his medical professor wife were among hundreds who have stepped forward.

He was soon treating up to 90 intensive care patients daily, with pictures showing him looking drained but determined in sweat-soaked medical scrubs.

“One patient in her 60s told me her husband died from coronavirus just a day before at another hospital,” he recalled.

“But she couldn’t see his body one last time because it had to be cremated right away. She couldn’t even attend his funeral because she herself was infected.”

“I could not find any words to console her,” he told AFP in his first international media interview after two weeks’ quarantine following his 15 days in Daegu.

Ahn credited Seoul’s “full-fledged testing efforts” and rapid response for reducing the impact of the virus, saying it was a model for others to follow.

“Without tests, you are like a blind person,” said. “You have no idea how far and deep it has spread.”

As a medical student in the 1980s he wrote a programme to clean a virus from his computer, and then pursued parallel careers as both a software developer and a doctor and professor.

In 1995 he founded AhnLab, now the largest antivirus software firm in the highly wired country, with a near-US$500 million market capitalisation.

He later went into politics, founding the centrist People’s Party, and came third in the 2017 presidential election with 21 per cent support.

He is currently chairman of the party and did not deny he would run for the Blue House again at the next poll in 2022.

Ahn believes the coronavirus could reverse the global trend towards populism in politics.

“From now on populist politicians without substance will have no place in mainstream politics,” he said.

“In a statement addressing a pandemic, you must tell the truth, not what the public wants to hear.”

He holds China responsible for the pandemic after authorities there punished and silenced the doctors who first tried to raise the alarm.

Beijing later locked down the city of Wuhan for around two months, where it says more than 2,500 died, but Ahn said the world was paying a heavy price for its initial cover-up.

“It is their duty to disclose everything related to the coronavirus outbreak because it is a global crisis now.”

Unlike China or European countries, the South has not ordered lockdowns to contain the virus.

But government calls to minimise human contacts – working from home and avoiding unnecessary journeys –  and practise personal hygiene have been widely adhered to, while mask-wearing was near-universal for several weeks.

“The biggest difference between China and South Korea in handling the outbreak is that Beijing has executed its authority for lockdowns whereas people in the South have done it on their own in a democratic manner,” Ahn said.

“High civic consciousness is basically saving the country at the moment.”