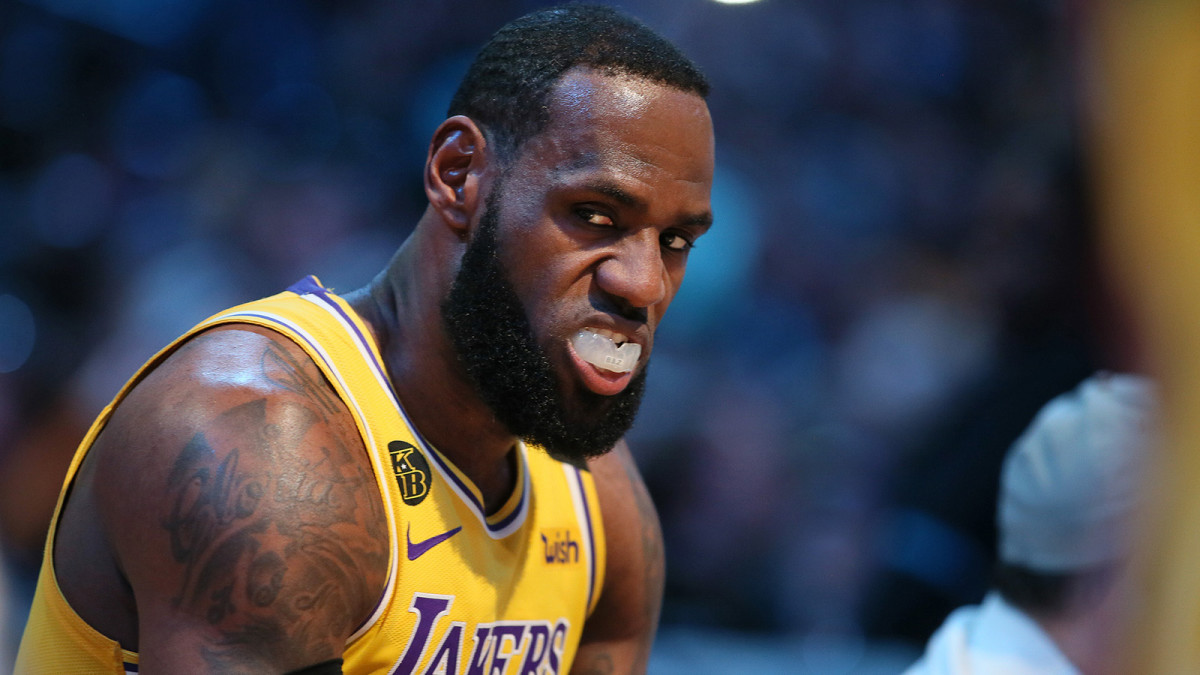 Who knows what the NBA playoffs will look like this summer, assuming we get any games to begin with. We could see shortened series’ and quarantined teams, and playoff rounds could be cut to five games or even single-elimination battles. With a large chunk of revenue on the line, the NBA will likely view canceling the season as a true last resort.

Sports Illustrated’s Chris Mannix detailed the potential playoff alterations on Thursday. Today, we’ll dive into the current slate of postseason matchups, rolling through the playoffs with the standings as they currently sit. Will Kawhi go back-to-back? Can Giannis take the crown as the league’s best player? Check out our 2019-20 playoff simulation below.

Giannis and the Bucks completely steamrolled the Pistons in the first round of the 2019 playoffs, winning all four games by at least 16 points. And this year’s Milwaukee squad is better than the previous version. The Magic aren’t without talent, and their stockpile of wings could give them a semblance of a chance at home. Expect a more respectable sweep this time around.

Perhaps I’d feel better about the Nets snagging a game if Kenny Atkinson were still at the helm. Brooklyn could potentially steal a game on a hot shooting night from Spencer Dinwiddie or Caris LeVert, but this isn’t a Raptors team that will enter the playoff sleepwalking. Nick Nurse will have Toronto ready to roll, denying Brooklyn of back-to-back seasons with a playoff victory.

This would have been the worst-case scenario for the Celtics in round one 12 months ago, and a healthy Joel Embiid is a massive issue for Brad Stevens and Co. Still, these Sixers have been largely a mess this season, and it’s hard to see an extended suspension (without practice) working as a magical elixir. Boston has its own resident superstar, and it feels far more complete throughout the roster. An abbreviated playoff loss may not be enough to dislodge Embiid or Ben Simmons. Brett Brown’s status is another story.

Indiana has fought valiantly without Victor Oladipo for much of the season, and Nate McMillan deserves credit for maintaining solid position in the Eastern Conference despite a thin roster. But Miami likely has the best two players in the series (sorry Domantas Sabonis), a championship coach and a roster thoughtfully constructed. Don’t expect an early exit for Erik Spoelstra and Co., even if the Finals remain a longshot.

LeBron James’ 2019-20 has often felt like an old-man revenge tour, and a dominant round one sweep would fit right in line with The King’s dominant year. Don’t expect the Grizzlies to go down without a fight. Ja Morant is tough as nails, and there’s enough talent to potentially swipe a game in Memphis. But betting against James seems foolish. Bring out the brooms.

This could potentially be the most thrilling round-one series, though it’s hard not to trust Kawhi Leonard’s playoff chops after his dominant run in 2019. The Clippers should be healthy and rested come playoff time. They may be the best team in basketball. Los Angeles will be tested, but not toppled in round one.

It would be a relative shocker if this series doesn’t go at least six games. The Rockets and Nuggets are a study in stylistic contrasts, and each team battles its fair share of inconsistency. Houston doesn’t quite have the personnel to contain Nikola Jokic. It’s hard to see Denver wrangling both James Harden and Russell Westbrook for seven games. When push comes to shove, siding with a pair of MVPs feels like a prudent move.

We can’t exit round one without a single upset, and Chris Paul continuing his revenge tour would mark perhaps the best story of the season. And an Oklahoma City victory isn’t out of the question. Utah could have serious trouble containing the Thunder’s three-headed guard monster, and the Jazz don’t have a clear second playmaker next to Donovan Mitchell. If Mike Conley and Jordan Clarkson struggle, Paul and the Thunder have a path to round two.

It’s a bit of a tenuous bet to count out the Raptors, who play with an unmatched swagger and confidence after last year’s Finals run. But when push comes to shove, Boston has too many perimeter weapons compared to Toronto. Jayson Tatum has made a legitimate leap into All-NBA consideration. Jaylen Brown is playing at an All-Star level, and Kemba Walker is an overqualified complimentary piece. No disrespect to the champs, but Boston is a true threat for the Eastern Conference crown.

All due respect to Spoelstra and the tough-as-nails Heat, but Miami doesn’t have the roster talent to compete with Giannis and the Bucks. Expect a gentleman’s sweep, though each game could be decided by single digits.

Paul’s run will end by the second round, but again, don’t expect the Thunder to go down without a fight. Oklahoma City’s crowd would be rabid in a matchup against the Lakers, and one hot night from Dennis Schroder is likely in store. But this series won’t be close as Los Angeles cruises to the Western Conference finals.

Josh Smith won’t be there to save the Rockets this time, though we could see a classic second round matchup between Houston and Los Angeles. There’s some serious animosity here between Westbrook and Patrick Beverley, and watching Harden and Leonard exchange blows would be terrific. We’ve already had a pair of thrilling regular-season matchups between these two teams. Don’t be surprised if this potential matchup went seven games.

Similar to the Warriors’ escape against Houston in 2018, this Western Conference finals could be remembered as the true Finals. And what else could a basketball fan ask for? Lakers vs. Clippers would feature perhaps the best two players on the planet, and maybe four of the top ten. Add in the same building (barring an alternate site) and some serious little brother status, and the intensity will be unmatched. Why give the Lakers an edge? LeBron and Co.’s size seemed to seriously bother the Clippers in a ‘road’ win on March 8, and the Lakers’ size advantage may prove pivotal as the game slows and extra possessions become increasingly important. After eight straight Finals, LeBron will only need a one-year break before returning to the game’s biggest stage.

Toronto was in the midst of a fantastic season before the coronavirus suspension, though I think Boston is best equipped to stop Milwaukee in a playoff series. Tatum can potentially go toe-to-toe with Giannis, and the Bucks could struggle to contain Boston’s five-out lineups. Giannis still has to prove his playoff chops, as does Milwaukee’s supporting cast. But last year’s disappointment feels more like a runway to the Finals than a harbinger of things to come. With an improved Antetokounmpo and a sturdier core, the Bucks should be able to outlast the Celtics in a potential instant classic.

Will the torch finally be passed from King James to the Greek Freak? Not quite. Los Angeles’ size should be enough of a deterrent to slow Antetokounmpo at the tin, and Anthony Davis could feast against the Lopez brothers.

The x’s and o’s may be ancillary, though. A fourth ring would bring LeBron even closer to Michael Jordan in the GOAT debate, and to some, he may have a case as the greatest player in the game’s history with another ring. Four championships and 10 Finals appearances with three teams is pretty historic. Good luck stopping James with anything other than a superteam as he eyes the another Larry O’Brien Trophy.