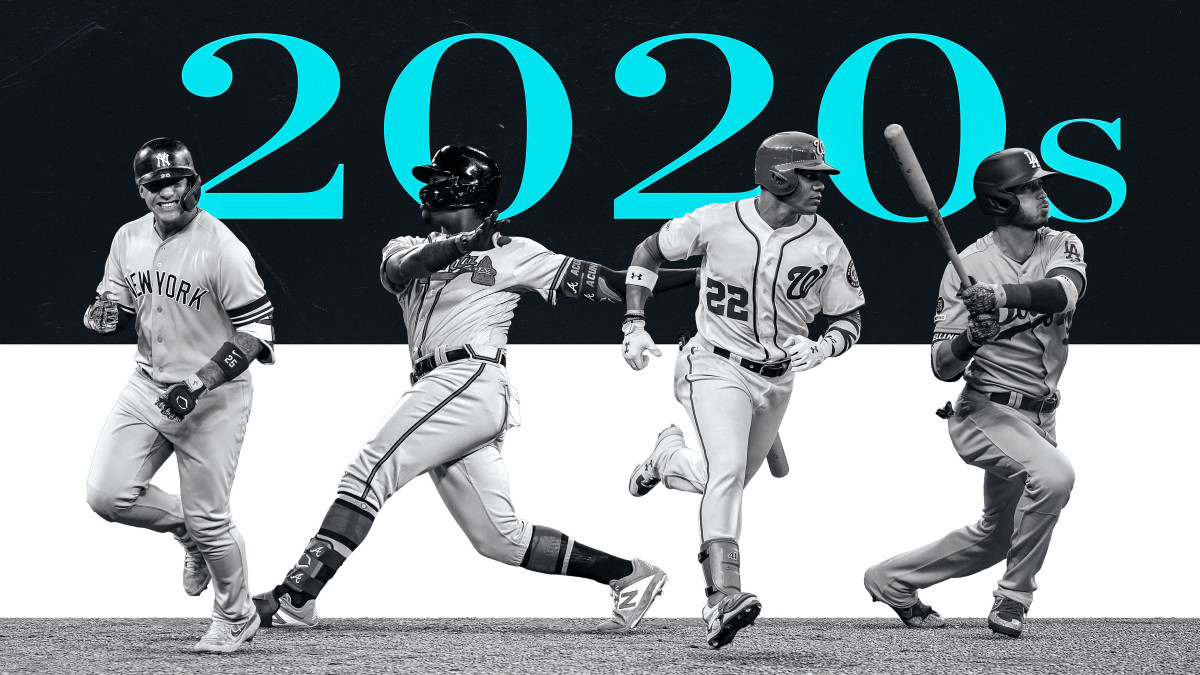 As we’ve written in this space before, baseball is a young man’s game more than ever. Players are coming up from the minors sooner and they’re coming up as better players than the twentysomething (or teenagers) of eras past.

So with a new decade in front of us, which major league player would you want to build you team of the 2020s around?

Soto will be 30 at the end of the next 10 seasons, so you’re getting the best of his career. You might find somebody with a higher ceiling, but he’s the safest bet to give you steady, elite returns over the next decade. Why? Hitters this good this young are not flukes. Only four hitters had a higher OPS through age 20 than Soto: Ted Williams, Mel Ott, Jimmie Foxx and Alex Rodriguez. Soto is just ahead of Frank Robinson, Mike Trout and Mickey Mantle. I’d say the next decade for those seven worked out okay.

There is also his love for the game. I like a player who smiles in the heat of competition. Like Trout, it’s a good bet Soto is wired never to be satisfied. We’ve seen a brief glimpse of that in his defense. He reached the big leagues as an average left fielder and he has put in the work with Nationals coaches to improve. With his swing, plate discipline and love for the game (and the big moments) Soto is a safe bet to be a reliable franchise player.

Not because of Bellinger’s MVP, All-Star, Gold Glove, Silver Slugger season last year, although that was incredible to watch: He hit .305 and slugged 47 home runs while gliding around the outfield. And not because of his astonishing first year, when he set the NL home run record for a rookie with 39 dingers, played first base and all three outfield positions and got MVP votes at 22. No, I would start with him because of his disappointing sophomore season. As the pressure to repeat choked him, he hit .260 with 25 home runs and found himself platooned in the postseason. Bellinger didn’t change much mechanically between 2018 and ’19. He simply looked at that frustrating campaign and told himself: Relax. If this is who you are when you suck, you’ll be O.K. I agree.

He’s my pick based partially on the strength of the improvement he’s made between Rookie of the Year at age 22 and MVP at age 24. Plus, in terms of durability and forecasting ahead, who doesn’t want a team based around power?

Admittedly, this is a riskier pick than the ones above and below here. A 25-year-old power-hitting first baseman who will be in his mid-30s by the end of the decade? Yikes. But there’s so much to like about how Alonso burst into Queens last year as a rookie, leading the majors in home runs and setting the single-season rookie record. He admirably wrapped his arms around the eternally disgruntled Mets fanbase and kickstarted the colorful #LFGM trend. Plus, it feels like a safe bet the DH will reach the NL some time in the 2020s. All the more reason to go with the Polar Bear: Charismatic slugger who will broaden the appeal of my team.

The job posting for the ideal franchise cornerstone would read: Shortstop with power, under 25, postseason experience preferred though not required, positional flexibility, poised under pressure and marketable. Only one name checks all these boxes off: Gleyber Torres.

I’m inclined to overlook age and side with Mike Trout, but I’ll go with Acuña to get the truly prime years of his career. Acuña challenged for the 40-40 club last season. He has the power to lead the National League in homers and he was lethal atop Atlanta’s lineup last season. Acuña isn’t a perfect player. He’s still too prone to lapses in judgement–especially on the bases–and Christian Pache’s arrival late in 2020 or 2021 may move Acuña from centerfield to a less-coveted spot in right field. Still, Acuña’s bat is nearly unmatched throughout baseball. He’s still a ways away from reaching his ceiling. Add in the measly $17 million he’ll earn each year from 2023-28, and he’s the right guy to make the cornerstone of your franchise.