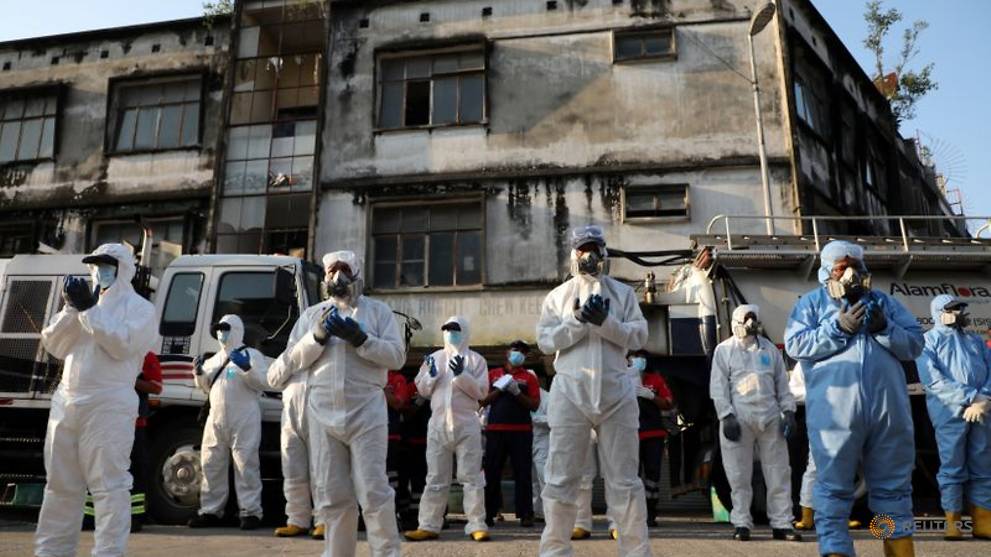 KUALA LUMPUR: After blocking the entrance to their village with logs, half the people of Jemeri fled into the surrounding forest in fear as the coronavirus spread in Malaysia, infecting the first indigenous Orang Asli person.

“We are going back into the forest, to isolate ourselves and find food for ourselves,” villager and activist Bedul Chemai told Reuters by phone from Jemeri, in Malaysia’s Pahang State.

“We know how to get food from the forests and there are some things that we can plant there.”

Orang Asli are among the poorest and most vulnerable in Malaysia which has the highest number of infections reported in Southeast Asia.

A three-year-old boy from a village just outside Cameron Highlands, a popular tourist spot, tested positive for the virus, the director-general of the Department of Orang Asli Development Juli Edo told Reuters.

The village has been put under lockdown, along with another where an infection is suspected. It was unclear how the boy had become infected, Juli said.

The Orang Asli are the descendants of the earliest known inhabitants of peninsular Malaysia and number about 200,000.

As Malaysia enforced strict movement curbs this month to try to stop the spread of a virus that has infected more than 3,000 people locally and killed 50, the Orang Asli said they had been especially hard hit.

Many are struggling to find food after their small income from daily sales of vegetable, fruits and rubber have been cut off, while some are fearful of going into towns to buy food because of concerns of catching the virus.

The Orang Asli are vulnerable to disease because of factors that include poverty and malnutrition. Their reported poverty rate of over 30 per cent compares to the Malaysian average of 0.4 per cent.

Last year, one indigenous village in the northeast of peninsular Malaysia saw 15 deaths and dozens falling sick from measles.

Shaq Koyok, an activist from the Temuan tribe, said people from his village, about 60 km (40 miles) from the capital Kuala Lumpur, had blockaded themselves in.

“Even I cannot go to the village,” said Shaq, who is based in the Malaysian capital Kuala Lumpur.

Indigenous populations around the world, in Australia, Canada and Brazil, have closed their borders to protect communities, as the coronavirus, which has infected more than a million people and killed some 52,000 globally, continues to spread.

Over decades, the Orang Asli say they have seen encroachment of their customary land, with palm oil and timber companies clearing forests.

“In some of these villages, they can’t even go out to the forests to forage for food,” said Ili Nadiah Dzulfakar of Klima Action Malaysia, part of a collective that is raising money for Orang Asli communities.

One group that has been trying to raise funds for the Orang Asli said it had so many requests from them for help that it trebled its original fundraising target.

But government efforts to get food to some 50,000 Orang Asli families had been held up by the groups’ own efforts to seal themselves off.

“One village elder has told me they will either die by the virus or die by hunger,” Ili Nadiah said.