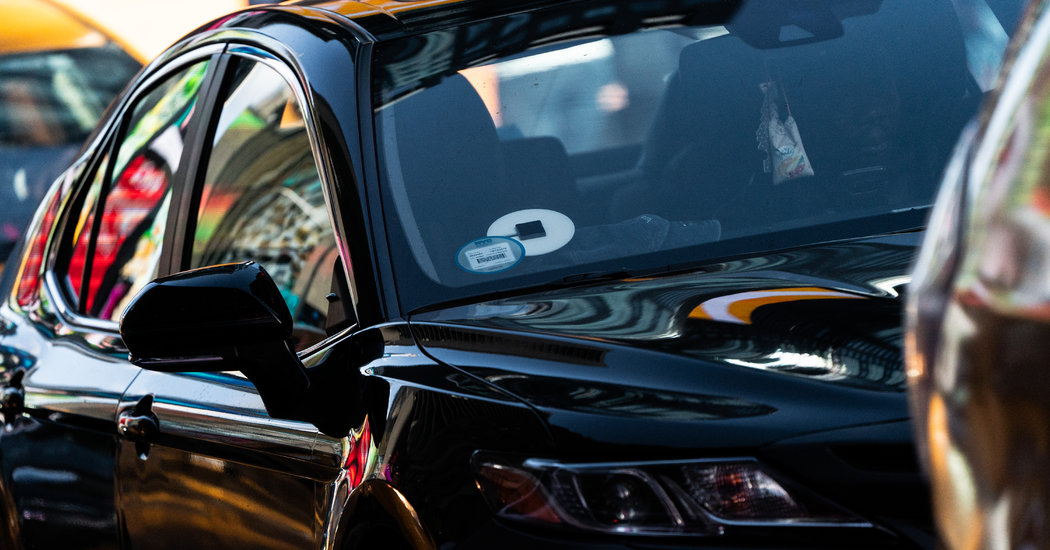 And Uber began reframing a longtime campaign to avoid classifying its drivers as full-time employees through the urgency of a mounting public health crisis.

The coronavirus has created an opportunity for tech companies and their lobbying operations to quietly push for long-held goals in the frantic political and economic environment created by the outbreak.

In some cases, groups or lobbyists representing companies like Google and Facebook have pursued changes, like the delay in California’s privacy law enforcement, that they were already hoping for before the pandemic. Others representing companies such as Amazon have asked for regulatory changes to benefit their businesses where demand is now soaring because of the outbreak.

“It’s certainly opportunistic,” said Daniel Auble, the senior researcher at the Center for Responsive Politics, a research organization that tracks money in politics. “Everybody’s searching for every way that they can get some kind of assistance, whether it’s cash or delaying a regulation that will cost them money to implement, and may or may not have an effect on their performance during the crisis in essential ways.”

While many industries rocked by the virus have recently asked Congress for direct financial assistance, tech companies’ requests are striking because Silicon Valley has not suffered from the same devastation as businesses in areas like travel or retailing.

Instead, tech services are increasingly in demand as millions of people work and socialize from home to avoid being infected by the coronavirus. Amazon orders have soared so much that the company has put a priority on shipping essential items like soap, food and toilet paper. Google has provided temporary free access to some of its remote work tools. And Facebook’s traffic has surged.

“Amazon, Google and Facebook are very well positioned,” said John Blackledge, a tech analyst at Cowen, adding that the companies have substantial cash reserves to weather an economic downturn.

Tech lobbyists have nonetheless seized the moment. In the weeks before the virus swept the United States, groups representing Google, Facebook and Twitter already wanted the California attorney general, Xavier Becerra, to wait to enforce the state’s new privacy rules until 2021.

The law, known as the California Consumer Privacy Act, requires businesses to give people a copy of the data that has been collected about them, as well as the ability to delete it. Companies have complained that the rules would place too many obligations on businesses. The law went into effect this year, but California will not start enforcing it until July.

“We thought even before this that there should be a delay,” said Dan Jaffe, the group executive vice president of the Association of National Advertisers, because of the speed with which the rules were being enacted. Now the pandemic has added urgency to the groups’ request, he said.

In a letter on March 17 addressed to Mr. Becerra, more than 30 groups, including lobbying blocs for non-internet businesses, said many “companies have instituted mandatory work-from-home measures to limit community spread of the virus, meaning that the individuals who are responsible for creating processes to comply” with the law weren’t in the office to work on the issue. They asked him to wait to enforce the rules until 2021.

“If you’re on a ventilator, you’re not going to be doing a lot to be responding to a regulatory demand,” Mr. Jaffe said. “I’m not trying to pretend that that’s yet the situation, but those are real-world things that could happen.”

An adviser to Mr. Becerra, speaking on the condition of anonymity, said his office was still committed to enforcing the rules starting this summer. (This week, Gavin Newsom, the governor of California, delayed some regulatory processes in light of the virus.)

Other companies with growing demand for their products have pushed for deregulation or other government action that would benefit them, arguing it would improve the response to the virus crisis.

Trade associations representing drone makers like Amazon and the Alphabet subsidiary Wing have tried to expedite approval for airborne deliveries — or waive approvals altogether — and eliminate prohibitions on the circumstances under which the devices can be operated.

Instacart, the delivery start-up that recently announced it would hire 300,000 more grocery delivery contractors to meet new demand, said it had told policymakers that one of its priorities was expanding a pilot program where customers can use federal food services, like the Supplemental Nutrition Assistance Program, to buy goods online.

Several lobbying groups representing the cloud computing industry, including Amazon and Google, have also encouraged federal officials to grant faster approvals for the services to be adopted in light of the virus or to provide more funding for federal employees to work from home.

Matthew Cornelius, a former federal official who leads the Alliance for Digital Innovation, which represents Amazon and Salesforce, said rapid spread of telework in the federal government validated the industry’s argument that agencies should be able to more quickly use their products.

He hopes that after the immediate shock of the virus passes, he said, the government and industry will look at lessons in how the government can increasingly do work in the cloud.

“I think this is a tremendous opportunity,” he said.

Uber, too, has cast a long-waged policy fight as newly urgent in light of the coronavirus. For years, the ride-hailing company, whose drivers are contractors, has resisted calls to make them full-time employees. Federal law does not require companies to give contractors certain benefits and protections, like health insurance, which can be expensive for companies to provide.

Last year, California lawmakers approved a measure meant to provide employment protections to contractors, over the continued objections of Uber, Lyft and others.

In recent days, Dara Khosrowshahi, Uber’s chief executive, has said the virus crisis shows the importance of creating a new classification for workers who are neither employees nor contractors, something the company pushed for before the pandemic took shape.

Last week, Mr. Khosrowshahi wrote a letter to President Trump, calling for the so-called third way approach. He has also spoken to lawmakers on Capitol Hill, including Senator Chuck Schumer of New York, the Democratic leader, since the outbreak began.

Privately, Uber has gone further. The company has asked lawmakers to shield it from lawsuits over how its drivers are classified if it provides the drivers with medical supplies or compensation during the pandemic, according to a mid-March email obtained by The New York Times. A labor lawyer recently asked courts in California and Massachusetts to reclassify Uber and Lyft drivers as employees in light of the crisis.

An Uber spokeswoman, Susan Hendrick, said in an email that a so-called safe harbor provision to shield the company from lawsuits would let it provide benefits to drivers until the law was permanently changed.

Lyft said in a statement that it was not proactively seeking such a safe harbor from lawsuits but that it would back one.

The idea pushed by Uber has gained traction in Congress. Last week, a bipartisan group of lawmakers sent congressional leaders a letter asking for the legal shield that the ride-hailing companies support.

Some in the tech industry are sensitive to any appearance they are seizing on a crisis for their own gain.

Aaron Cooper, vice president for global policy at BSA, an enterprise software trade group, said it believed that increased sharing of private and public data could help improve the response to the virus. But he bristled when asked if BSA was lobbying to trim regulations that might hold that kind of sharing back.

“It’s not the right time to be trying to push the government to change rules,” he said.