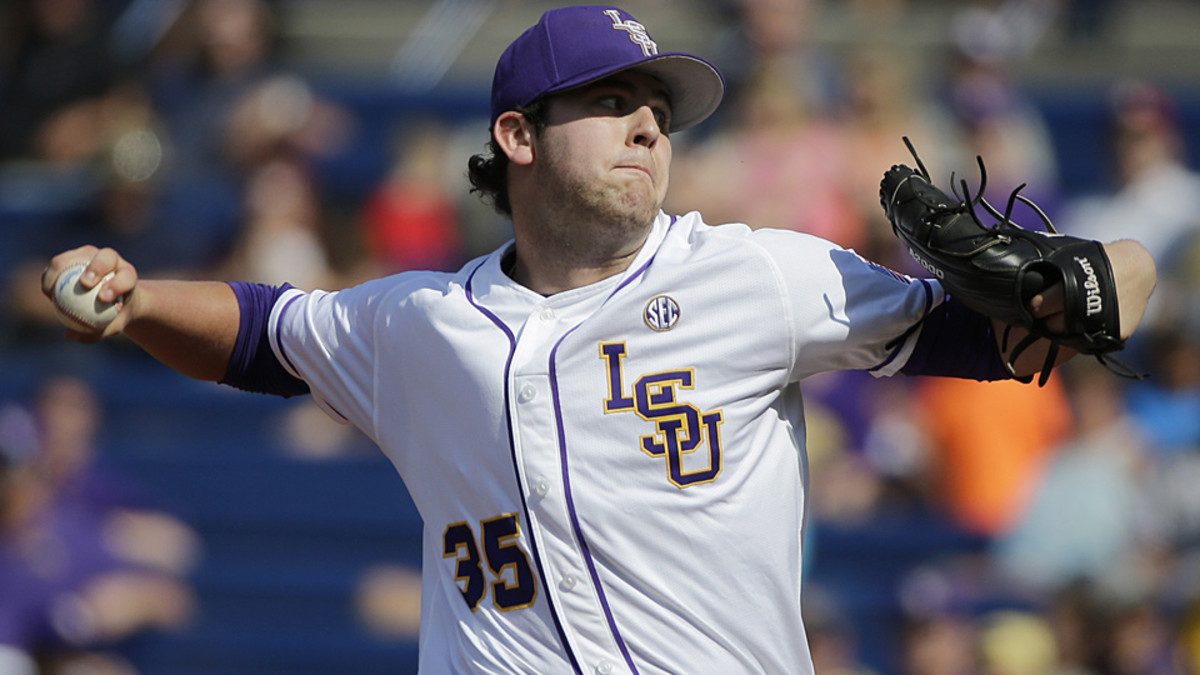 Brandon Hall appeared in the above interview with Sports Illustrated, Hall and Prep Baseball Report, which originally published Hall’s report, gave SI permission to use the below content.

With the NCAA canceling the 2020 College Baseball season in Mid-March, concerns regarding college eligibility and the MLB Draft were raised. In an exclusive interview with Sports Illustrated, Oregon State head coach Mitch Canham admitted the players and coaches were left with a lot of unanswered questions. However, the NCAA and MLB has since made some announcements, including the reduction of the draft from 40 rounds to just five. Plus, the NCAA has granted student-athletes a fifth year of eligibility.

So what does all this mean for the incoming freshman class and the senior class originally scheduled to leave at the end of this year’s now canceled season? Hall wrote about a few of those updates:

“Typically a D1 program is only allowed 35 players on the roster, 27 players on athletic aid, and an athletic scholarship allotment of 11.7 to distribute to their players. With the Senior class given the option to come back for another year, the NCAA is waiving the roster limit for 2021 rosters. The scholarship allotment of 11.7 will apply to the players that were projected for program rosters in the 2021 season. Seniors that decide to come back are allowed to receive athletic aid up to what they received in 2020, or less. Seniors that are on athletic aid will not count toward the schools 11.7 allotment.”

Hall went through some of the current rosters and calculated the totals when including the incoming class: “After sifting through several program rosters and their signing classes, you will see a lot of schools with 45+ players on campus. There will be schools that may push 70 players in their locker room.”

In his Prep Baseball Report, Hall says the decision to grant a fifth year of eligibility is going to have a lasting effect on college baseball for a few years. He wrote:

“It also has a big impact on the next 4-5 incoming classes of players. The roster sizes will be flooded with five classes on campus this year, but in 2021-2022 it looks like roster sizes will be back to 35, still with five classes on campus, as the high school graduates of 2019 and 2020 have been combined into one “super-class”. This super-class will continue to have an effect on roster and scholarship allotment through 2023-2024, when most of the players in those classes will exhaust the playing eligibility.”