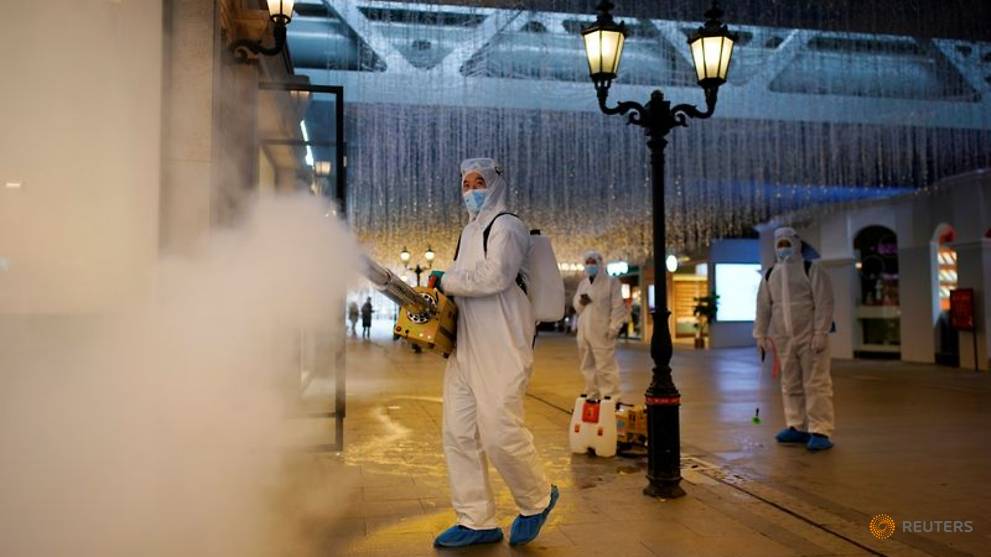 All of the fatalities were in Wuhan, the city where the coronavirus outbreak began and that is now preparing for its residents to get back to work.

Worldwide, the number of cases has exceeded 1 million, with at least 52,000 deaths.

China, which appears to have curbed the epidemic through restrictions that paralysed the country for two months, will hold a national mourning on Saturday for “martyrs” who died in the fight against the epidemic, the official Xinhua news agency reported separately on Friday.

Three minutes of silence will be observed at 10am on Apr 4 across the country “while air raid sirens and horns of automobiles, trains and ships will wail in grief”, Xinhua said.

Top officials remain concerned about the risk of a so-called second wave, however, as dozens of new COVID-19 cases involving travellers from overseas continue to be reported each day.

China said on Thursday that only two of its new COVID-19 cases were locally transmitted.

In Wuhan, volunteers in hazmat suits have been spraying public spaces with disinfectant in preparation for its residents returning to work.

Wuhan, where 11 million people live, had been paralysed by containment efforts imposed by authorities who shut down public transport and taxi services as part of a lockdown, leaving it mostly to ordinary citizens to keep the city running.

Zhang Quan is a member of Blue Sky Rescue, China’s biggest non-profit civil rescue organization, which has been involved in helping distribute medical supplies for the epidemic.

The former soldier leads a team of 60 volunteers that has been focused on disinfecting places such as hospitals and schools.

“We have teachers, policemen, entrepreneurs,” he told Reuters on Thursday about his hazmat-suit-clad team, who were preparing to walk through the Wuhan Qintai Grand Theatre to disinfect its seats and hallways with white plumes of chlorine dioxide.

It has started to relax those restrictions in recent weeks and will allow people to start leaving the city on Apr 8, more than two months after the curbs were put in place in late January.

Still, the top official in Wuhan on Friday warned residents to strengthen self-protection measures and avoid going out as Beijing preaches vigilance to avoid a resurgence of infections.

Wang Zhonglin, Wuhan’s Communist Party chief, said the risk of a rebound in the city’s coronavirus epidemic remained high due to both internal and external risks and that it must continue to maintain prevention and control measures.

READ: Politics aside, US relies on China supplies to fight COVID-19 – experts

READ: Brazil turns to China for help in coronavirus fight, eyes US cooperation

China has seen a gradual reintroduction of restrictions in some regions, including closures of cinemas that had been permitted to reopen, amid worries that early relaxation of lockdowns could spark another wave of infections just as the world’s second-largest economy is struggling back to its feet.

A county in the central province of Henan on Wednesday banned people from leaving without proper authorisation and prevented residents from leaving their homes for work without clearance following several coronavirus infections in the area.

Top officials are also ordering local health authorities to step up detection, monitoring and supervision of the infected patients who are not yet showing any symptoms.

Beijing has also indefinitely banned foreigners from entering the country to curb the so-called imported cases involving travellers from overseas, though it has chartered planes to repatriate Chinese nationals in countries with severe outbreaks.