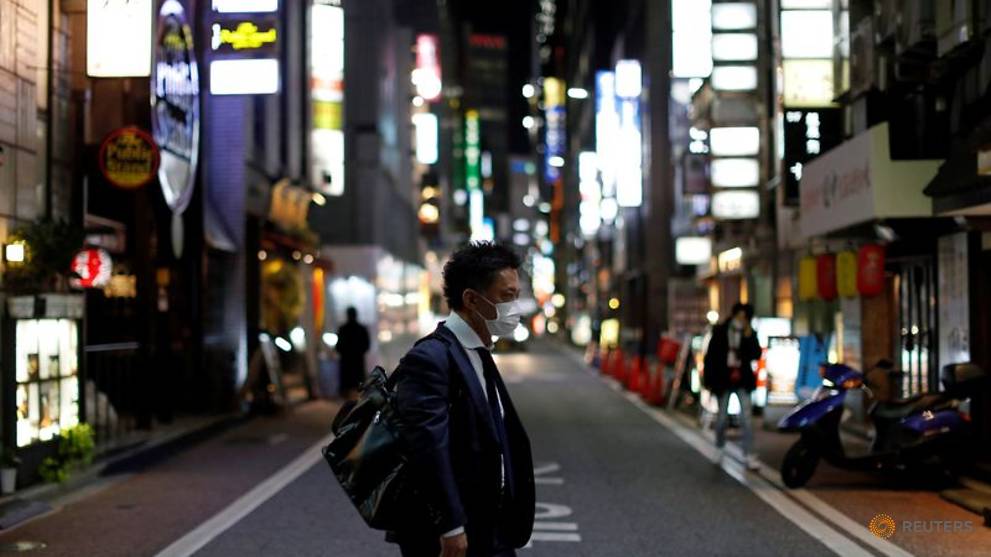 TOKYO: Tokyo Governor Yuriko Koike said on Friday (Apr 3) that Japan declaring a national state of coronavirus emergency would send a “strong message” that could help dodge an explosive outbreak, her most explicit nudge so far for the government to make the call.

Amid growing clamour for tighter curbs on people’s movements to stem a rising tide of infections, the government has so far been reluctant to pull the trigger, warning of the heavy damage that could ensue in the world’s third-biggest economy, already close to recession.

Instead, Prime Minister Shinzo Abe has urged school closures and called on citizens to avoid unnecessary and non-urgent gatherings and outings while preparing to roll out an economic stimulus plan next week – even as he acknowledged the country was barely avoiding a major jump in infections.

“If the country makes a move, it would send a strong message to people,” Tokyo Governor Koike said at a news conference. “If that is coupled with the economic stimulus package being prepared, it would give Tokyo a big boost” in dealing with the epidemic, she said.

Japan has so far been spared the kind of explosive surge seen in parts of Europe, the United States and elsewhere, with about 2,800 cases and 73 deaths so far. Globally, coronavirus cases surpassed 1 million on Thursday, while deaths have topped 50,000.

Declaring a state of emergency would give regional governors legal authority to ask people to stay home and businesses to close, but not to impose the kind of lockdowns seen in other countries. In most cases, there are no penalties for ignoring requests, and governors’ pleas would be dependent on voluntary public compliance – pressure for which would increase with an emergency declaration.

Nobuhiko Okabe, director-general of the Kawasaki City Institute for Public Health, said judging the timing for declaring a state of emergency was tough.

If issued too soon, it would have a big economic impact and have a serious effect on society, but if too late, the number of infected patients would rise, he said.

“This is not merely a question of numbers,” he told Reuters in an interview. “A balance of merits and demerits must be considered.”

READ: With Japan on brink of COVID-19 emergency, Tokyo might keep schools closed till May

Tokyo has reported the highest number of infections in the country with nearly 800 infections – a tiny count compared with a core city population of nearly 14 million.

But experts are worried about the rise in the percentage of cases that can’t be traced. As of end-March, the health ministry had counted 26 clusters of infections around the country.

Asked what further steps would be taken in the capital if central government declared a state of emergency, Governor Koike said a Tokyo-style “lockdown” would entail the same kinds of pleas she was already making to residents.

These include working from home where possible and avoiding outings to bars and nightclubs – advice that many residents have yet to heed, though coffee chain Starbucks and clothing retailer Uniqlo joined a string of other businesses in saying they would shutter dozens of stores this weekend.

To help spread a sense of urgency, Koike said Tokyo would begin using social media such as YouTube and TikTok to announce daily infection numbers, with celebrities dispensing public-service messages.

In the latest sign of concern about the growing strain the virus was putting on Japan’s healthcare system, the government on Friday told the hardest-hit regions to save hospital beds for severely ill patients, while keeping others with milder or no symptoms at home or in hotels.

Until now Japan has been hospitalising all coronavirus patients, regardless of whether they are asymptomatic or have mild symptoms. But beds are already filling up in Tokyo and threaten to elsewhere, experts said this week.

Koike said Tokyo, for its part, would send people with light or no symptoms – the majority of the 628 hospitalised with the coronavirus as of Thursday – home or to hotels.

The capital was working with the government to secure accommodations, she said, while Prime Minister Abe has said utilising facilities that had been set up for the Summer Olympic Games – now postponed by a year – was under consideration.