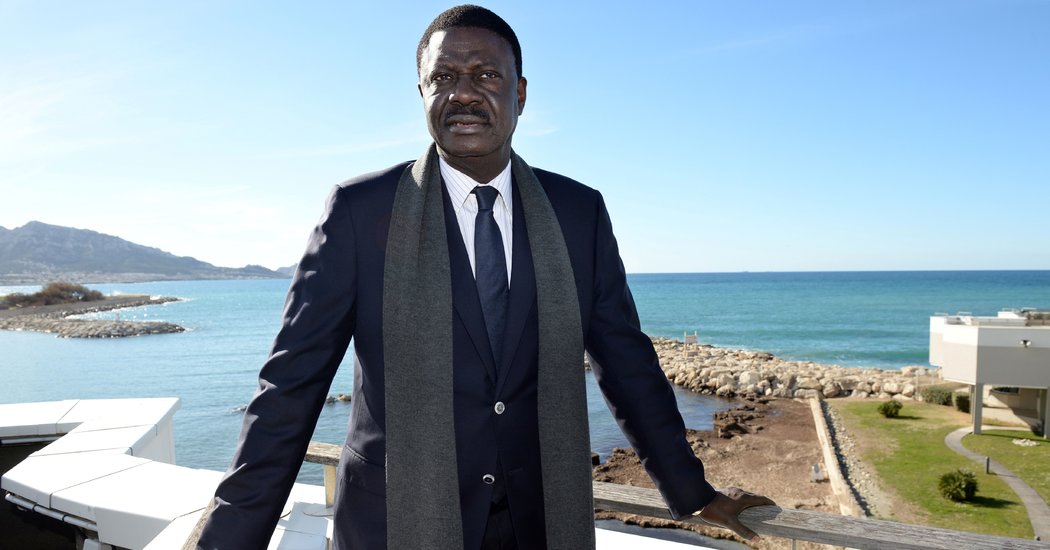 Mababa “Pape” Diouf, who became the only black president of a top tier European soccer club when he was appointed to lead France’s Olympique de Marseille, died on Tuesday in Dakar, Senegal. He was 68.

The cause was Covid-19, the club said in a statement. Mr. Diouf had been scheduled to fly to France for urgent treatment before his health deteriorated, forcing him to be placed on a ventilator, according to news reports.

Mr. Diouf was born on Dec. 18, 1951, in Chad to Demba and Aminata Diouf, and held French and Senegalese citizenship. He moved to France at 18 with the expectation of completing his university studies, but that plan quickly gave way to a stint in journalism.

After the sports daily that he worked for closed, he went to work as a sports agent. He used the contacts he had built up during his time as a journalist — which coincided with a period of glory for Marseille — to sign up as clients some of France’s best-known players of African descent. They included stars like Basile Boli and Marcel Desailly.

“He’s not a friend — he was a big brother to me,” Boli said. “All my children, my father and my mother knew him, loved him.”

Mr. Diouf was hired in 2004 as general manager of Marseille, a notoriously difficult club to run, with a passionate fan base and turbulent modern history.

Within a year, the owner, Robert Louis-Dreyfus, promoted him to club president. During his time at the helm, from 2005 to 2009, Marseille came up just short of winning a title, twice finishing second in the league and twice losing in the French cup finals. But many credit Mr. Diouf’s recruitment decisions for ending an 18-year wait for the championship.

It came the season after he was dismissed.

The results of his stewardship notwithstanding, Mr. Diouf proved popular with the club’s fan base, among the largest and perhaps most vociferous in French soccer. He had a habit of standing up for the club in the face of criticism, and used his skills as an orator to defend his club’s interests in the media and to motivate the roster.

His popularity “was immense with the Marseille people whose hearts he had won,” France’s national team manager, Didier Deschamps, a former Marseille captain, told the French sports daily L’Equipe.

Mr. Diouf was widely respected in the soccer world. Senegal’s president, Macky Sall, described him as “a great figure of sport,” and the head of French soccer, Noël Le Graët, called him “an important man in our football, a quality man, atypical, listened to and respected.”

Despite Mr. Diouf’s breakthrough in the mainly white world of European soccer management, he told an interviewer in 2008 that being the only black club leader in Europe’s top leagues was “a painful observation.”