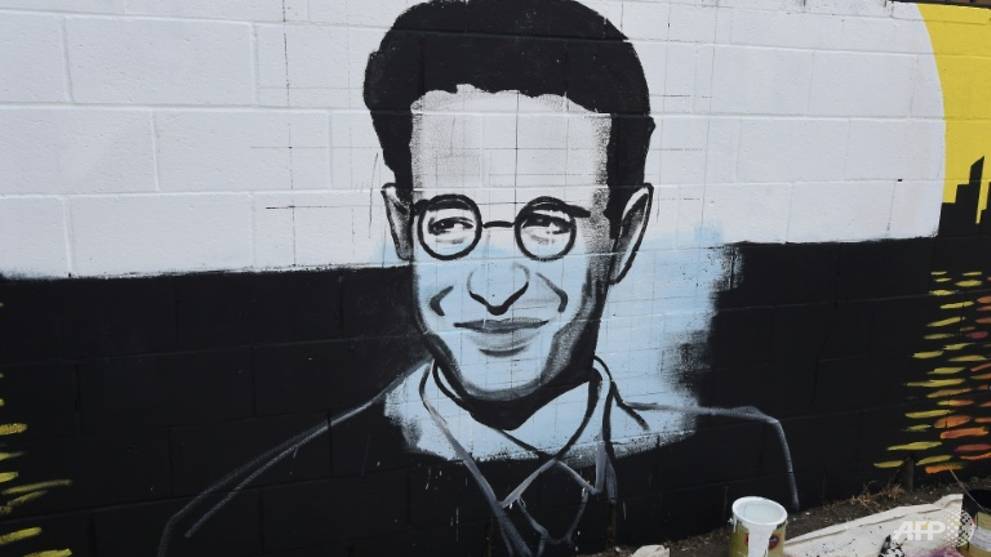 KARACHI: A Pakistani court on Thursday (Apr 2) overturned the death sentence for British-born militant Ahmed Omar Saeed Sheikh, who had been convicted in the 2002 killing of American journalist Daniel Pearl.

Since Omar Sheikh had been in prison since 2002, he was expected to be released, but the court had not yet issued that order, Naveed added.

Prosecutors were not immediately available for comment. Pakistani media reported that the verdict was handed down by two judges in the Sindh High Court.

Naveed and local media said the court also overturned the convictions of three other men in the case. They had been convicted of abetting Omar and sentenced to life in prison. It was not immediately clear when they might be released.

Pearl, 38, was the South Asia bureau chief for The Wall Street Journal when he was abducted in Karachi in January 2002 while researching a story about Islamist militants.

A graphic video showing his decapitation was delivered to the US consulate in the city nearly a month later. Omar Sheikh was arrested in 2002 and sentenced to death by an anti-terror court.

In January 2011, a report released by the Pearl Project at Georgetown University following an investigation into his death made chilling revelations, claiming that the wrong men were convicted for Pearl’s murder.

In 2014, a Pakistan anti-terrorism court acquitted Qari Hashim, who had been arrested in the case in 2005. The judge at the time said there was a lack of evidence in the case.

The investigation, led by Pearl’s friend and former Wall Street Journal colleague Asra Nomani and a Georgetown University professor, claimed the reporter was murdered by Khalid Sheikh Mohammed, the alleged mastermind of the September 11 2001 attacks, not Omar Sheikh.

Mohammed – better known as KSM – was arrested in Pakistan in 2003 and is being held in Guantanamo Bay. A US psychologist who interviewed KSM said the prisoner had told him that he had beheaded Pearl.

Pearl’s brutal murder sparked revulsion across the globe. Observers at the time said the killers were acting out of revenge for Pakistan’s support of the US-led war on the hardline Islamic Taliban regime in Afghanistan and the Al-Qaeda terror network they harboured.

General Pervez Musharraf, who led Pakistan in 2002, had reversed his country’s backing of the Taliban and provided the US military with logistical support, intelligence and air corridors. He followed this up with a crackdown on Islamic militants in his own country.