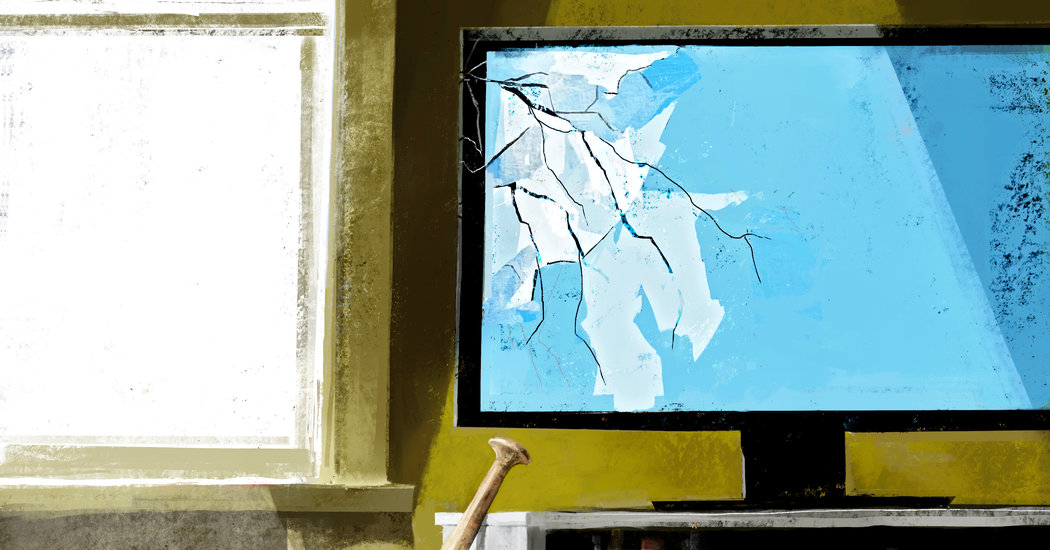 Joyce Sanz recently called Comcast hoping to reduce the $164 each month her family pays for cable television and internet. An after-school program manager at an elementary school in Miami, Sanz wanted to trim expenses in case the economic fallout related to the coronavirus pandemic lasts months.

Sanz said she asked the Comcast customer service representative for a discount or deferred payment options. No dice. She asked to be charged the prices offered to new customers. No can do.

Finally, she spotted a specific line on her bill. “I am paying a sports fee,” she told the representative, recalling the conversation later during an interview.

“Oh, we can’t take those out” was the response, leading Sanz to the obvious question:

“If you are not giving the service, why do I have to keep paying for it?”

Comcast and other cable and satellite TV companies are still providing subscribers with sports channels, of course. Sanz can still watch Fox Sports Florida, Fox Sports Sun and ESPN. But without live games featuring the Miami Heat, Miami Marlins, or other professional and college teams, those channels have been shells of their former selves.

Nobody knows when major sports might be played widely again. Games would certainly be embraced by fans, but the sports ecosystem has taken a back seat to deeper concerns of public health and the global economy.

But already sports leagues, television networks and television distributors are firing the opening salvos in what will be an exhausting war to determine who should pay for hundreds of millions — perhaps billions — in economic damages.

“They won’t throw money at their customers when their costs of goods hasn’t changed,” Craig Moffett, a co-founder of the media research firm MoffettNathanson, said of TV distributors.

This is not the case in England, where pay television subscribers are more easily able to buy sports channels separately. Sky Sports, the main provider of televised sports, is allowing customers to pause their subscription payments as long as sports remain postponed.

Some sports networks abroad are also beginning to push back against leagues. Canal+ in France, Globo in Brazil and NENT in the Nordic countries have all suspended some rights payments.

But even if customers do not watch a single game, the majority of what they spend on bundled television packages goes to sports networks. This is because of the structure of the bundles, where customers pay one monthly price for dozens or hundreds of channels.

Entertainment is available widely on streaming services, while news and sports programming is increasingly the only reason to still pay for bundled TV.

“Sports are the glue that holds the bundle together,” Moffett said. “Without live sports, the value proposition to most households just isn’t terribly compelling anymore.”

Television viewership, especially of news programming, is up lately, no doubt the consequence of nearly 300 million Americans under orders to stay at home. But with jobless claims reaching a record high, how many more people will look to cut the cord or, at the very least, push back on being charged for sports without getting live games?

“A lot of them are going to get very familiar with how their TV service actually works, and how they can get rid of cable once and for all,” said Dave Warner, who created the website What You Pay for Sports in 2013 to educate fans about their television bills.

McPherson, the Verizon executive, said the company had been recently reviewing its contractual relationships with networks and leagues in an attempt to reduce what the roughly four million Fios TV subscribers are paying.

“We don’t want to charge our customers for content they aren’t watching and receiving,” she said. “Whether that is going to be in the form of a refund or discontinued billing, we are looking at all of those options right now.”

However, Verizon does not feel it can unilaterally rebate subscribers. ”We need the broadcasters and RSNs, and the leagues, to cooperate with that approach,” McPherson said.

In at least being willing to discuss whether subscribers are currently getting what they pay for, McPherson is alone. AT&T, Comcast, Charter Communications and Dish Network — the four largest pay TV providers in the United States — all declined to make an executive available for an interview or answer questions about what subscribers should expect.

Television distributors have historically felt they held little leverage in negotiations with sports networks. What networks pay sports leagues goes up each year. Sports networks raise prices as a result and pass large price increases on to distributors, who pass them on to subscribers.

One way distributors have pushed back — and tried to deflect subscriber wrath — is by listing the costs for sports as a separate line item in bills, often terming it a “regional sports fee.” It is purposefully made to look like the actual fees and taxes imposed by state or federal regulators, but it is not the same.

In other words, the balance of the sports television ecosystem was already being disrupted before the coronavirus pandemic shut down sports. “Now imagine you have pulled out the last piece of the Jenga puzzle, which is that sports are no longer on the air,” Moffett said. “The whole foundation, the linchpin that was keeping it together, is gone, and the Jenga tower collapses.”

The first sign of that collapse in America comes from DAZN, the sports streaming service that mostly shows boxing and baseball highlights in the United States, but is a major rightsholder in some other countries. DAZN has told some leagues it will defer payments for suspended or canceled competitions, according to two people familiar with the negotiations. Since it doesn’t receive payments from distributors as traditional television networks do, DAZN is attempting to conserve its cash.

“DAZN is a pure sport play — when sports stops, so do many parts of our business,” wrote Simon Denyer, the chief executive of DAZN, in an email to employees on Tuesday announcing furloughs. The news was first reported by the Sports Business Journal.

Regional sports networks, along with teams and leagues, face the biggest threat from a prolonged shutdown of live action, according to Moody’s Investor Service. If consumers balk at keeping subscriptions to sports networks, it “may affect affiliate fees unless their networks are part of the basic tier of pay TV,” wrote Moody’s in a recent research comment.

That is little help to television subscribers like Sanz.

She said she bought a Roku and is considering completely abandoning cable in favor of streaming. She has also called other companies that provide services she subscribes to, just to see if they would offer any discounts. When she reached Adobe, which charges her $39.99 each month for its Creative Cloud suite, she was given three free months. A small reprieve maybe, but significant.

“It does matter at this point, when there is no income coming into the house,” she said.