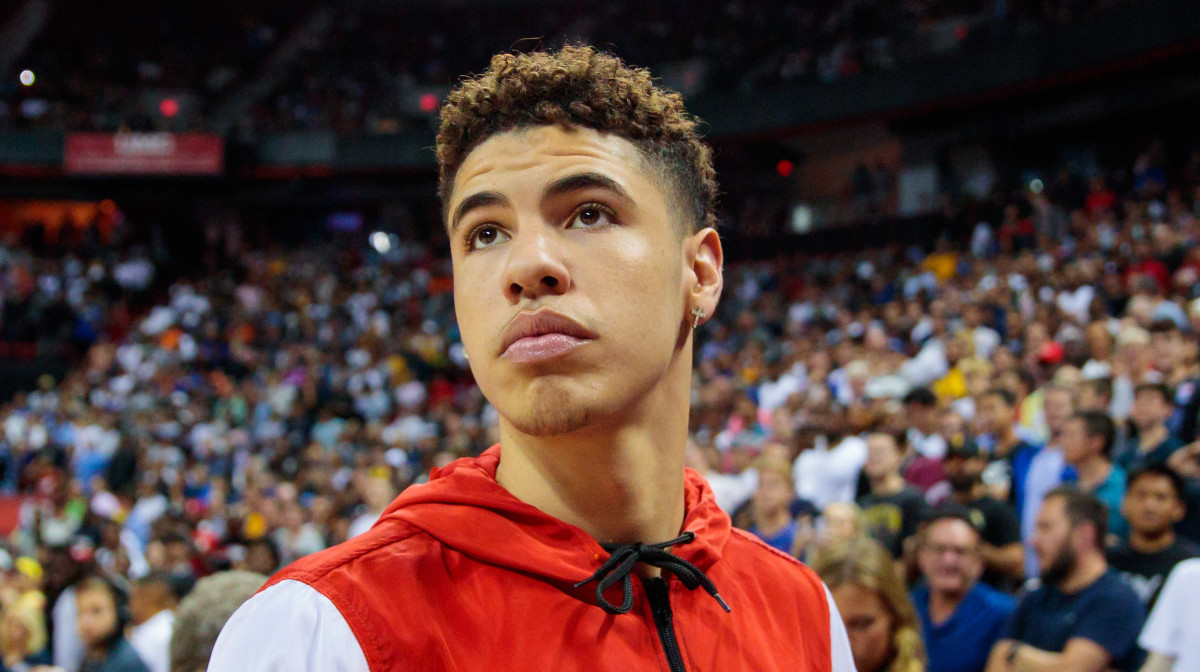 The 2020 NBA Draft will feature a unique twist: one of its lottery picks will also own a pro basketball team.

LaMelo Ball and his manager, Jermaine Jackson, have purchased the Illawarra Hawks, a National Basketball League franchise in Australia, according to ESPN.

Ball, 18, starred for the Hawks last season, averaging 17 points, seven assists and eight rebounds per game on his way to being named the NBL’s rookie of the year. Ball’s connection with Australia goes beyond buying the franchise, which was struggling financially and had attracted the interest of the owner of the rival Sydney Kings. Three months ago, he donated one month of his NBL salary to victims of Australia’s bushfires. Ball has also signaled a desire to routinely return to the Land Down Under during the NBA offseason.

The youngest brother of New Orleans Pelicans guard Lonzo Ball, LaMelo has enjoyed a unique and well-traveled career. After playing two seasons at Chino Hills High School in California, Ball hired an agent and signed with Prienai-Birstonas Vytautas of the Lithuanian Basketball League. He then returned to the U.S. to sign with the Los Angeles Ballers of the Junior Basketball Association (which was run by Ball’s father, LaVar Ball). Then, Ball re-joined high school basketball by playing for SPIRE Institute, a private high school in Geneva, Ohio. After spending his senior season there, he relocated to Australia with Jackson, his coach at SPIRE, in tow.

SI’s NBA draft guru Jeremy Woo projects the Detroit Pistons will select Ball with the fifth overall pick. Ball is a consensus lottery pick across mock drafts, with some expecting him to be selected among the top three picks.

Despite his pro experience, Ball wasn’t eligible for previous NBA drafts. Under Article X of the NBA’s collective bargaining agreement, an American player can only become draft eligible if he is at least 19 years old and at least one NBA season elapses from when he graduated from high school or, if he didn’t graduate, when he would have graduated.

Ball’s purchase of a pro team seems to capture his entrepreneurial spirt. It might also attract other young basketball phenoms to consider pursuing pro opportunities in lieu of NCAA basketball.

In 2017, Ball designed his own Big Baller Brand sneaker, with the product name MELLO BALL 1 or MB1. It was dubbed, “the first signature shoe launched by a high school basketball player” and, for a period of time, sold on BBB’s website for $395. Ball has charted a path that doesn’t fit the norm and that defies conventional logic. He has blended development of his basketball skills with earning compensation for both his labor and the commercial use of his name, image and likeness.

At a time when the NCAA has been pressured by California’s Fair Pay to Play Act and similar initiatives to permit student-athletes to control their identity rights, Ball has embarked on a career that resembles those of teenage actors, musicians, influencers and esports players—all of whom tend to earn money when there is market demand for their services. Ball’s path is also reminiscent of European basketball players, who sometimes turn pro as young as 14 or 15. With more opportunities to play abroad and with a better-paying G League, the NCAA might find itself with more competition for premier young basketball talent.

Owning a pro basketball team while playing in the NBA

Could Ball’s purchase of an NBL team and his status as a “player-owner” create complications with the NBA?

Most likely, no. However, the transaction highlights how NBA players’ investments can occasionally create the risk of the appearance of a conflict of interest.

Back in 2012, Boston Celtics forward Kevin Garnett sought to purchase equity in the Italian soccer team A.S. Roma. On the surface, the pending transaction didn’t seem problematic. A.S. Roma and the Celtics are teams involving different sports and they play in different leagues. If Garnett wanted to buy real estate or invest in start-up technology company, he would have been well within his rights. The same would seem true of purchasing a stake in a soccer team.

The problem for Garnett wasn’t that he wanted to buy into a sports team, or any other type of business, for that matter. It was who else held equity in that investment opportunity.

American billionaire James Pallota was co-owner and chairman of A.S. Roma. Pallota also had a non-controlling equity share in the Celtics. Under Article XXIX of the CBA, NBA players are forbidden from acquiring or holding a direct or indirect interest in any company or entity that itself owns any interest in an NBA team. Stated differently, Article XXIX generally makes it impermissible for a player and team owner to collaborate on business ventures.

The underlying logic is straightforward: the NBA doesn’t want owners to use business collaborations as a means of compensating players outside of their player contracts and in violation of the salary cap. To that point, Article XIII, the CBA’s anti-circumvention clause, also bars teams from compensating players beyond the contract. This is true of “side deals” and supplemental forms of employment, such as a team owner hiring an active player to double as a team executive or scout. Even though there was no reason to believe that Garnett and Pallota were attempting to use A.S. Roma as a vehicle for the Celtics to convey a benefit to Garnett outside of his contract, the applicable test wasn’t their intent. It was whether a proposed collaboration violated the rules.

With Ball’s purchase of the Hawks, it doesn’t appear there is a risk of a CBA violation. Ball and Jackson seem to be buying a complete stake in the Hawks, which have been owned by telecommunications entrepreneur Simon Strafford. However, if the transaction is more complicated than it seems or involves anyone with equity in NBA teams, the CBA could become a potential issue.

Ball owning an NBL team also brings to mind the NBA’s anti-tampering provisions, which are detailed in Articles 35 and 35A of the league constitution. An NBA team owner, general manager, coach, scout or player is barred from attempting to persuade a person employed by another team to join the tampering team. Of course, NBA players technically “tamper” all the time, including while together at All-Star weekend and during other events where they try to encourage rivals to team up one day. The NBA hasn’t punished players for that kind of activity. It’s a different story for NBA owners and team executives.

Tampering provisions aren’t applicable to Ball’s relationship with the NBL. While Ball will be an owner of a pro basketball team, he won’t be an owner of an NBA team (at least not for the chapter of his life where he plays in the NBA). He’ll be an NBA player and viewed as one by the league.