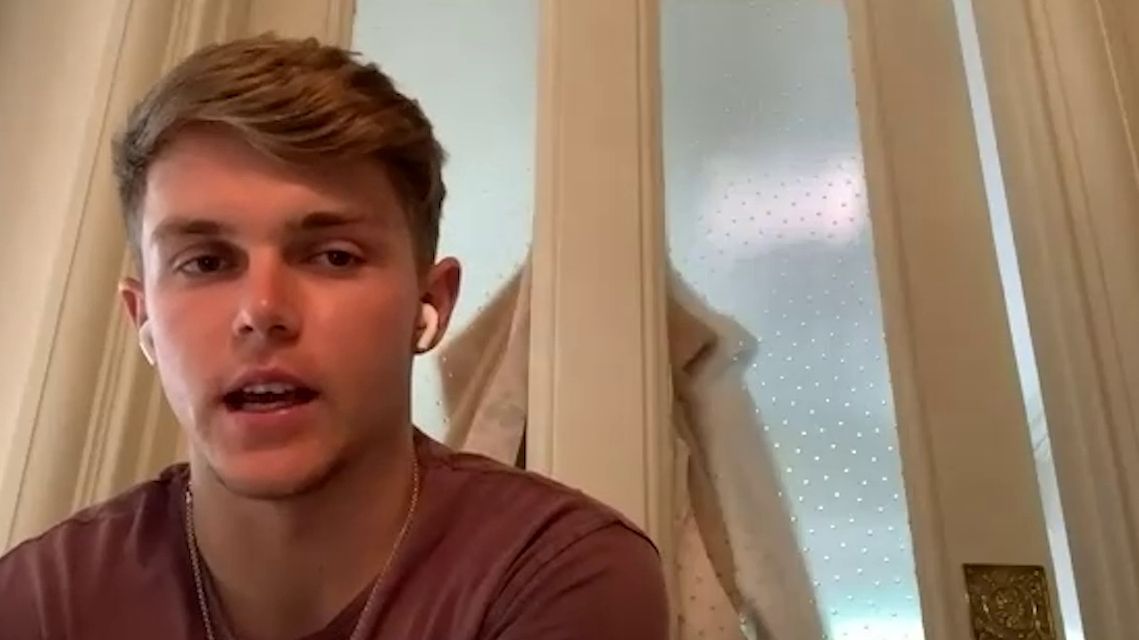 England allrounder Sam Curran had been expecting to spend April 2 preparing for Chennai Super Kings’ first home game of the 2020 IPL. Instead, like cricketers around the world, he is currently trying to keep his fitness up while remaining housebound in response to the coronavirus crisis, uncertain about when normal sporting commitments will resume.

As things stand, the IPL has only been pushed back to mid-April, with another postponement likely and the BCCI mulling options including a shortened tournament and playing without the involvement of overseas signings. But Ben Stokes and Jos Buttler said last week that they were still training with the T20 league in mind, and Curran added that he was prepared for a “two-week turnaround” if and when the situation improved.

“We’re just trying to keep fit and keep training like we usually do,” he said. “April 15 is the proposed date, but I think India has also gone into lockdown. But each day it changes. CSK have been in touch about trying to do what we can. All the CSK boys around the world, every country is in lockdown, so every cricketer is in the same boat. It would be silly not to keep fit because it might come to a two-week turnaround and we’re all on the park. Fingers crossed it’s soon.”

The situation at home remains equally unpredictable, with ECB chief executive Tom Harrison describing COVID-19 as the “biggest challenge” English cricket has faced in modern times. Harrison suggested that the loss of the entire 2020 season could cost the game more than £300m, and Curran admitted the uncertainty of the situation was “scary” for people in all walks of life.

While discussions about whether England’s centrally contracted players could take a pay cut has dominated the headlines over recent days – Chris Woakes said on Thursday that talks involving the Professional Cricketers’ Association were ongoing – in the meantime, Curran has thrown his weight behind a fundraising operation in support of the NHS.

“It’s a scary time for anyone in any industry,” he said. “We flew out to Sri Lanka a few weeks ago and were back within 12 days. We are glad to be back with our families and loved ones throughout this time. It’s a scary time, thinking about the summer ahead and what the schedule might look like, no one knows, because this pandemic, no one knows how long it will last.

“The lockdown is three weeks at the minute and the county season has been delayed until the end of May, but no one is very positive about when we might bowl that first ball of the summer. As players, we’ve just got to keep ticking over and trying to be as fit as we can be because we all want to be out playing cricket. But there’s a lot more important things in the world going on right now which we should be focused on, putting the NHS and those people that are struggling first and hopefully we can find a way to get through this virus.”

“I’ve got family that have been involved with the NHS, and the whole world knows how good the work they do is, but I think it goes a bit under the radar for us at home”

To help do his bit, Curran has set up a GoFundMe page in aid of HEROES Help Them Help Us, an organisation backed by the British Medical Association, with the aim of supporting hospital staff in a variety of areas, from providing transport and meals, to goggles and masks, and psychological help further down the line.

“I was thinking, sitting at home as the days go by and watching the great work the NHS are doing. I spoke with a few people in the cricketing community, everyone saw what Jos Buttler’s doing with his World Cup shirt. I thought it was a great time for us to come together as a community and contribute some funds, whether a fan, player or staff.

“I’ve got family that have been involved with the NHS, and the whole world knows how good the work they do is, but I think it goes a bit under the radar for us at home. They are the ones going out to work every day in this terrible time that we’re all going through. It’s a great time for us to stick together and support them in any way possible. I thought the smallest thing we can do is set up a fundraiser and try to help them through this.”

The early return from Sri Lanka brought to an abrupt close what had been a successful winter for Curran, as he pushed his case for involvement in the T20 World Cup – whenever it might be played – and found himself an ever-present in the Test XI. Curran described the feeling of winning the Tests in South Africa, playing alongside fellow Surrey academy graduates Ollie Pope and Dom Sibley, as “pretty special”.

“It was an awesome winter,” he said. “I played those five T20s in New Zealand, making my debut. I thought I did pretty well in terms of my performance and it was such a young side, so many debuts and a lot of guys I played age-group cricket with – [Matt] Parkinson, Saqib Mahmood, and my brother as well. So it was pretty special, and to win the series 3-2 with that Super Over at Eden Park. It was pretty cool to play against New Zealand in another Super Over.

“The Tests, we lost the first and then had a draw – the wickets were pretty good, but it was a little bit disappointing. But I think we put it right in South Africa against a pretty strong attack. It was a pretty awesome series, to win that quite convincingly, and to be doing it with all my mates, I think that’s been the biggest take home from the winter. Zak Crawley, Sibbers, Popey, all my mates that I played age-group stuff with. To be walking out together is pretty special.”

And while an enforced break has given Curran the chance to think about weightier matters, the competitive spirit remains strong.

“Whenever cricket starts again there’s going to be some serious energy flying around. There’ll be no excuses about anyone being tired or unfit. In a month, two months’ time, or whenever it is, we will all come back firing. The World Cup’s in the back of my mind, when the cricket season comes you’ve just got to try and put performances in and try to be in that 15.”