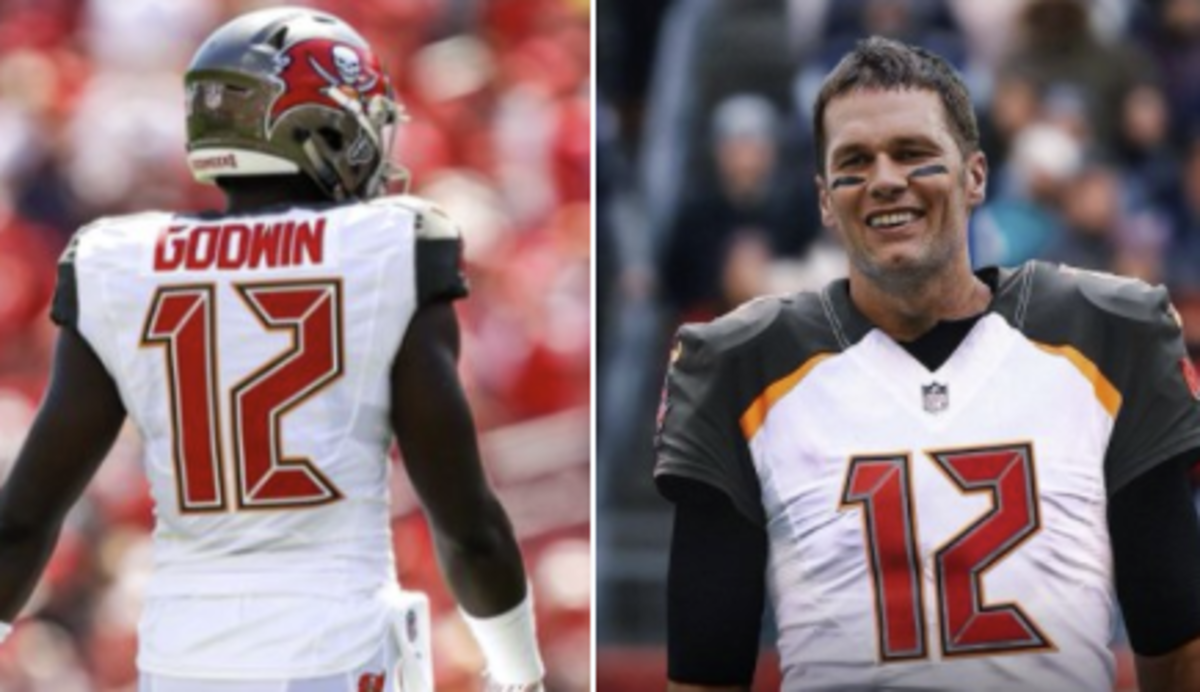 Chris Godwin set career highs across the board during the 2019 season—calling it a breakout year would be an understatement. The Buccaneers receiver was third in the league with 1,333 yards, one of just 12 wideouts with 85 or more catches, and his nine touchdowns tied him for third at the position. The third-year playmaker didn’t just break out, he planted himself as one of the best pass catchers in the game.

After an exciting season in 2019 with Jameis Winston under center, Godwin has plenty to get pumped up about for 2020. That’s because Tampa Bay signed future Hall of Fame quarterback Tom Brady to a two-year, $50 million contract this offseason.

Godwin told Sports Illustrated’s Albert Breer that the “sky is the limit” for the Buccaneers offense in 2020, which was the NFL’s third-highest scoring offense with 458 points in 2019. The Pro Bowl receiver went on to say: “this offense we had last year with coach Arians and just how explosive this offense can be with the type of guys that we have here. Then you add a guy like Tom who’s so experienced and so elite … I’m extremely excited about this season.”

As for his first conversation with Brady after the announcement about the six-time Super Bowl champion signing with Tampa Bay, Godwin told Breer it was “surreal.”

“He’s arguably the greatest player of all time. Being somebody that’s watched him my entire life and see the things that he’s been able to accomplish and the type of leader he is and hearing about what type of teammate he is. It was, it was a really cool, experience.”

Then, of course, there’s the conversation they had about the coveted No. 12 jersey, which Godwin has worn since high school and the same number synonymous with Brady. The receiver says he and Brady spoke about it and deferred to Brady on the final decision. Brady chose to keep the TB12 brand in place and now Godwin will wear No. 14.

Godwin acknowledged there’s still plenty of work to get done in order for Brady and his new receivers to get on the same page. Problem is, the coronavirus is putting a major stranglehold on the ability to generate chemistry among new teammates. Godwin recognized the problems the virus is causing “not just football wise, but just the entire country … it’s a lot of scary stuff going on and a lot of uncertainty.”

But for a team with its eyes set on a Super Bowl, which would make the Buccaneers the first team ever to reach the big game when it is hosted in their home stadium, Godwin knows they need to get creative. Although they haven’t started yet, he says they plan on using FaceTime or Zoom to get on the “same page mentally so one we step on the field, we know what to expect from each other physically.”

The NFL has canceled offseason training activities (OTAs) due to the COVID-19 pandemic. There’s been no official word on whether training camp will start as schedule, which is currently set for Mid-July for the Buccaneers.