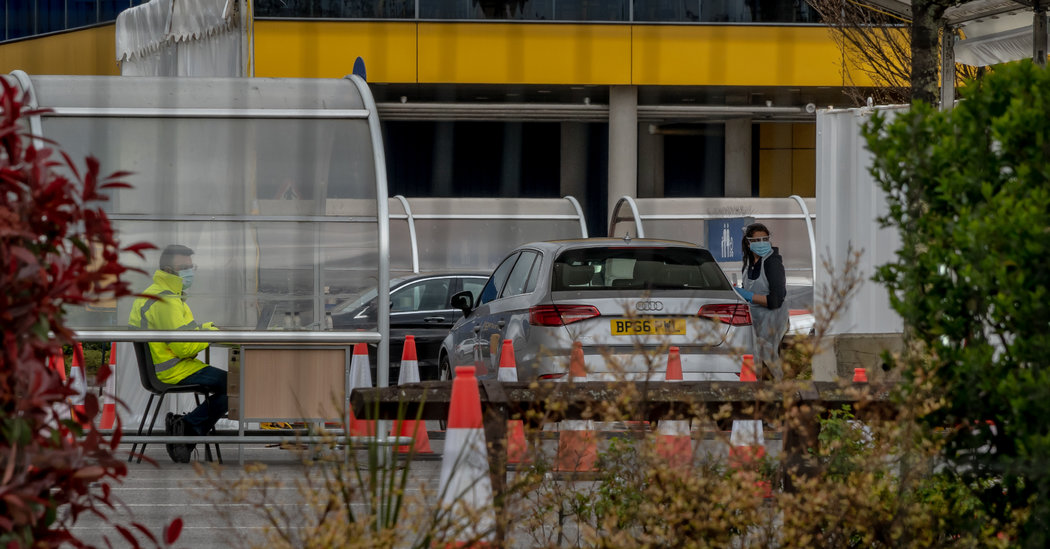 But there is also plenty of finger-pointing within the British health system. Paul Cosford, the emeritus medical director at Public Health England, told the BBC on Thursday that it was the job of another organization, the Office for Life Sciences, to bring in other organizations, charities and the private sector.

As the political heat has intensified, so has the confusion. On Wednesday, as Mr. Johnson was issuing his video from isolation, the deputy chief medical officer, Jonathan Van Tam, told ITV that testing was a “side issue” when it comes to reducing fatalities. His argument was echoed by a government health minister, Nadine Dorries, who has herself recovered after being infected by the virus.

“Testing is not a cure, it won’t cut the number of deaths, it won’t make people feel better or stop them catching #coronavirus it will only tell you if you have or have had it,” she wrote on Twitter. She called it “media hype,” adding, “There is as yet, no treatment, no cure, no vaccine and no amount of tests will alter that fact.”

To lift the lockdown, they said, Britain would have to conduct further testing and pursue contact tracing of those who may have been exposed to the virus and if necessary isolate them. They pointed out that people would likely have to undergo repeated tests to make sure they are free of infection. Otherwise, the country will face another wave of contagion.

“We need to have a longer-term strategy,” Dr. Sridhar said. “We’re late, but there’s no other way out.”