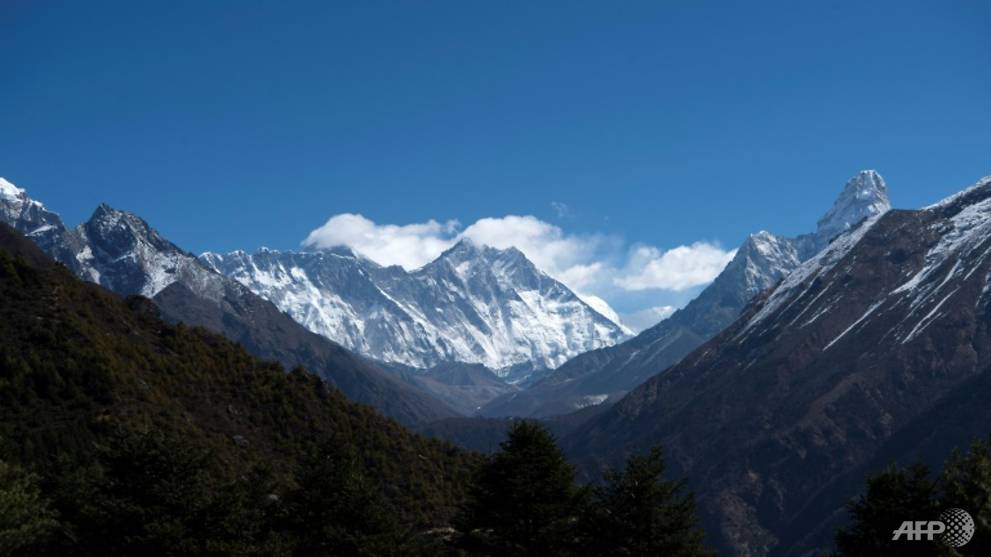 KHUMJUNG: The Himalayan hilltown of Khumjung should be bustling ahead of Everest’s climbing season, but the coronavirus has forced the shut down of the world’s tallest mountain and threatened the livelihood of the famed local Sherpas.

While there are no reported cases in the town – home to many of the ethnic Sherpas who dominate the industry helping climbers – the Himalayas have been closed by the global shutdown of borders and air travel.

Phurba Nyamgal Sherpa – who has been climbing Everest and other mountains since he was seventeen – is now worried about his future, like hundreds of other guides and expedition workers.

Ropes and picks are still hung up in the Khumjung houses with their green stone roofs. Hostels and tea shops in the region used by trekkers and climbers acclimatising for the start of the 8,848-metre (29,029 feet) ascension are empty.

Nepal suspended permits for all mountain expeditions on Mar 12, effectively closing its peaks.

That cost at least four million dollars in lost revenue from climbing permits. An Everest permit alone costs US$11,000.

But Sherpa and other guides, who are often the sole breadwinners for their families, say they face a more desperate problem.

The Everest season from early April to the end of May feeds his family for the whole year.

“We don’t go to the mountains because we want to, it is our only option for work,” Sherpa told AFP at his home in Khumjung, where he lives with his wife and a six-year-old son.

Son of a yak herder, Sherpa, 31, has been to the top of Everest eight times and helped dozens of climbers reach the summit.

“I think everyone is suffering from the same problem,” he said.

Sherpa would normally now be at the Everest base camp, setting up as hundreds of mountaineering glory seekers head there to wait for a window of good weather to set off a rush to the top.

But the coronavirus has left base camp deserted.

Namche bazaar, the last town before it, is also empty.

The guides, porters, cooks and other support staff have had to walk down the slopes home empty-handed.

“With the season cancelled, no one gets a job. From flights to shops to porters, there is no work.

“Everyone is heading home,” said Pemba Galzen Sherpa, who has been to Everest’s summit 14 times.

Damian Benegas, who has guided teams on Everest for nearly two decades, said the porters and kitchen workers who keep expeditions running will be the hardest-hit.

“Those people don’t have any savings back-up or any contracts that expedition organisers have to keep,” Benegas said.

It is not just the Sherpas who are being hurt. Tourism contributes nearly eight per cent of Nepal’s gross domestic product and accounts for more than one million jobs, according to the World Travel and Tourism Council.

Nepal, still recovering from a major 2015 earthquake, was hoping to attract a record two million tourists in 2020. Those ambitious plans now lay shattered.

But Everest region residents agree with the government’s decision. The risk of infection is real. The spring season sees hundreds of foreign climbers and trekkers snake through their villages. At base camp, climbers and Nepali support staff have to live in close quarters.

As the air thins, breathing is already difficult at higher altitude – adding to the medical risks if there is an outbreak of any kind.

“It cost us our jobs, but it is the right decision,” he said.

“In Khumjung we have one small hospital and not enough resources, imagine if people started getting sick here,” said the mountain veteran.

“If the disease comes, then money can’t do anything. People are dying even in developed countries, what will happen to us in Nepal?,” said Phurba Nyamgal Sherpa.

There are still calls, unanswered so far, for the government to provide an economic relief package.

“The government needs to find a way to support those who have not been able to work, not just in mountaineering, in other sectors too,” Santa Bir Lama, president of the Nepal Mountaineering Association, said.