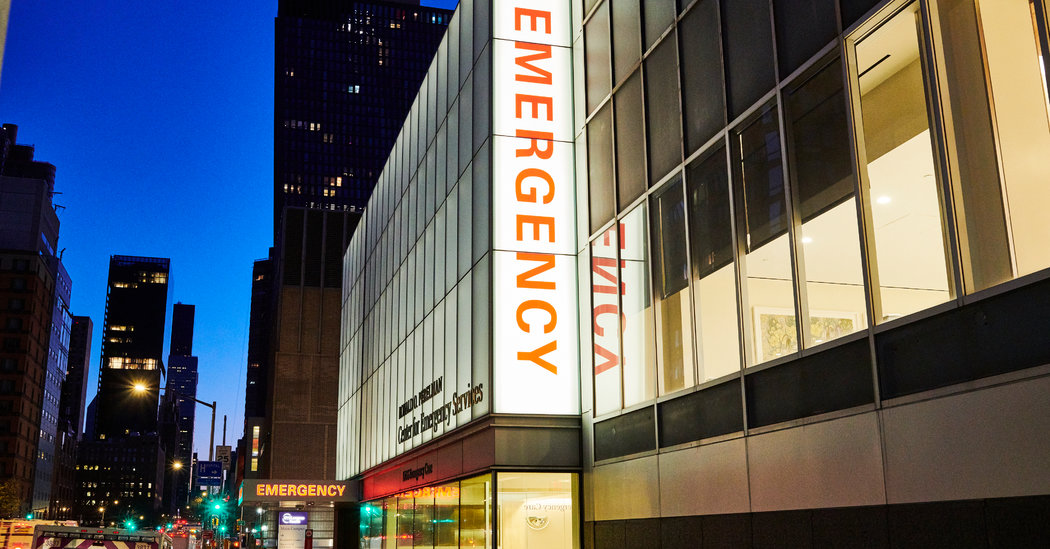 The battle to treat an ever-growing number of patients infected with the new coronavirus just gained its newest recruits: soon-to-be medical graduates. Several medical schools in Massachusetts and New York announced this week that they intended to offer early graduation to their fourth-year students, fast-tracking them into front-line hospital care as the need for medical workers surges.

On Tuesday, the Grossman School of Medicine at New York University became the first in the United States to announce an offer of early graduation, in an email to students. That followed similar moves earlier this year in Italy and Britain, which advanced many final-year medical students into intermediate clinical service.

In Massachusetts, the state would provide 90-day provisional licenses for early graduates, allowing almost automatic entry into clinical work. The move would make some 700 medical students in Massachusetts eligible to offer patient care at least eight weeks earlier than expected.

Dr. Steven Abramson, vice dean for education, faculty and academic affairs at N.Y.U. Grossman, said the school’s decision came as its hospitals were overwhelmed with an increasing number of Covid-19 patient cases, including in critical care. He said several fourth-year students had approached school administrators to volunteer their service.

“We’re running into issues of manpower,” Dr. Abramson said. “That led us to conclude: Why not graduate students who are interested in serving in hospitals now? They’ve completed their requirements and they’re prepared.”

Most American medical schools last four years, at which point the medical degree is granted, followed by residencies and internships to develop the specialties of new doctors.

At N.Y.U., Dr. Abramson said, fourth-year students would be able to graduate in early April and begin patient care at N.Y.U.’s hospitals, on medicine floors and in the emergency room. They would then depart in late June or July for the start of their scheduled residency programs, with a two-week quarantine in between. Of 120 fourth-year students surveyed this week, he said 69 responded that they would be interested in early clinical service.

While the Liaison Committee on Medical Education, which accredits medical degree programs in the United States, has offered guidelines for early graduation, N.Y.U.’s decision awaits final approval from the New York State Department of Education.

A number of New York medical schools are still developing proposals for early graduations. Dr. David Muller, dean for medical education at the Icahn School of Medicine at Mount Sinai, said the school hoped to have a proposal ready to share with students by early next week. The early graduation would most likely occur in mid-April, he added, and would be voluntary, although details need to be worked out. Columbia University’s Vagelos College of Physicians and Surgeons and the Albert Einstein College of Medicine also are working toward early graduations.

Medical students around the country have spent recent weeks mobilizing to support local physicians. They have staffed coronavirus hotlines, coordinated meal deliveries and even offered their time as babysitters to other medical workers. Many said they were excited to contribute their medical training.

“We see everything the physicians around us are going through and we’re excited we can bring some relief to the physicians who trained and mentored us,” said Greg Peters, a fourth-year student at Harvard who plans to start a residency in emergency care in Boston.

He added, though, that the prospect of early graduation and fast-tracked service came as a surprise. “My classmates and I are Type A people who plan everything out, and our plans are out the window,” he said. “We’re confident in our training, but we’re a little worried about getting thrown in there.”

The Association of American Medical Colleges, a research and advocacy group for medical schools and major teaching hospitals, said it supported the early graduations following L.C.M.E. guidelines, but emphasized the importance of supervision for new graduates.

“As we think about what the role of these new graduates would be, it would need to be under supervision,” said Alison Whelan, the association’s chief medical education officer.

Dr. Abramson said he expected more medical schools around the country to move toward early graduations.

“We aren’t the only school that has needs for taking care of patients in this Covid environment,” he said. “I fully anticipate other schools will look at this and do it as well.”