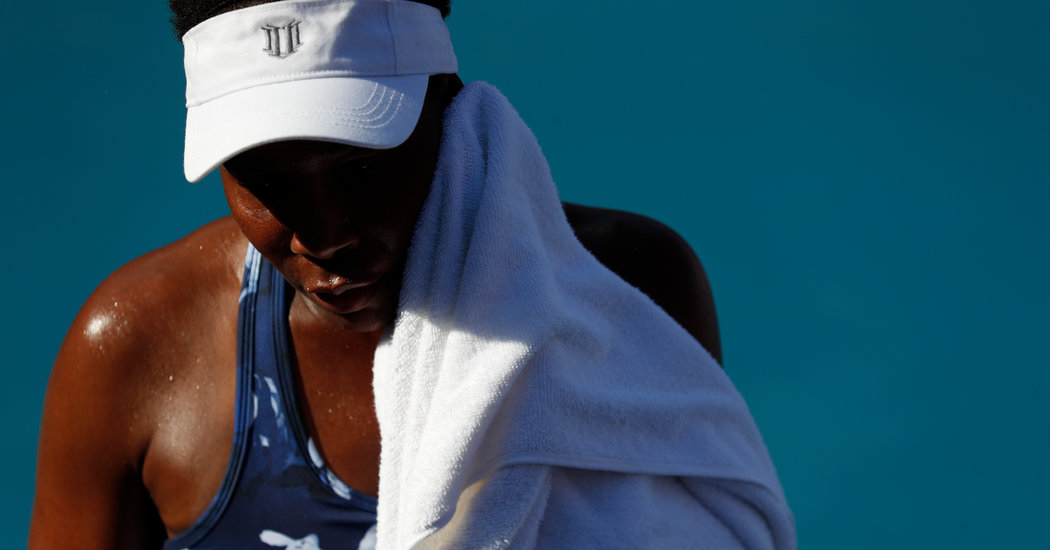 We’ve come to the phase of the coronavirus quarantine when stir-crazy athletes are starting Twitter debates and live-streaming workouts. Look, we’re not complaining. We’ve got a sports section to fill here. There are plenty more potential top five lists out there, and we need to keep exercising, too.

Now, what can we expect next? Could a wave of dog videos or the tiresome “What is a sport anyhow?” debate be far behind?

Is This Thing On?

Buffalo Bills receiver Stefon Diggs got a big Twitter debate started when he urged followers to pick “the top 5 wideouts to ever play the game.” His replies were flooded with some 6,400 takes from pros and fans alike.

The Hall of Fame cornerback Deion Sanders wouldn’t bite when Diggs pushed him to make a public selection. “Man, I don’t rank players at all. It’s the quickest way to lose friendships. That’s been established for years.” But then Sanders couldn’t resist adding, “Hint: They played in my era or before.”

One of the great receivers himself, the Hall of Famer Cris Carter broke his choices down into eras: Rice, Moss, Harrison, Owens and Johnson from the older crowd and Fitzgerald, Jones, Brown, DeAndre Hopkins and one open spot from the younger generation.

For his part, Diggs stayed coy, but did say that Owens had to be in it, and also said, “I’m surprised more people not saying Julio.”

The retired N.B.A. center Kendrick Perkins jumped in with his five best basketball players, selecting Michael Jordan, LeBron James, Kobe Bryant, Kareem Abdul-Jabbar and Larry Bird. The Celtics’ Jayson Tatum was one who replied, offering up four Lakers on his list: James, Bryant, Abdul-Jabbar and Magic Johnson, along with Jordan.

A Workout With Venus Williams?

If you’re one of those confined at home, those excuses for being too busy to work out are seeming especially thin these days. Luckily, some athletes are there to help out.

Venus Williams has started a daily live short workout on Instagram in which she does squats and curls and such, and encourages her viewers to join in. Don’t have weights at home? Don’t worry, she has been using water jugs and Champagne bottles as weights, too.

Also getting in on the action were members of the U.S.A. Field Hockey men’s and women’s teams, who are planning a daily series of skills challenges, and the former N.H.L. player Brooks Laich, who posted some at-home workouts and challenged viewers to match or better his time.

Remember that big chess tournament in Russia we wrote about Wednesday that was proceeding despite the virus? Um, forget we mentioned it.

The International Chess Federation decided to pause the Candidates Tournament in Yekaterinburg after Russia announced that flights to other countries would stop on Friday. The tournament was halfway completed, and the results will stand until it can be resumed at a time and place to be determined.

And the postponements continue. The Indy 500, a Memorial Day staple, has been rescheduled to Aug. 23. The N.H.L. draft, which had been scheduled for Montreal on June 26, has also been bumped back.

At least we’ve got our Belarusian soccer to follow this weekend. Shakhtyor Soligorsk is a one-goal favorite over Gorodeya, if that kind of thing interests you. We’ll pick the underdog there, as long as the goal machine Artyom Arkhipov is in the lineup.