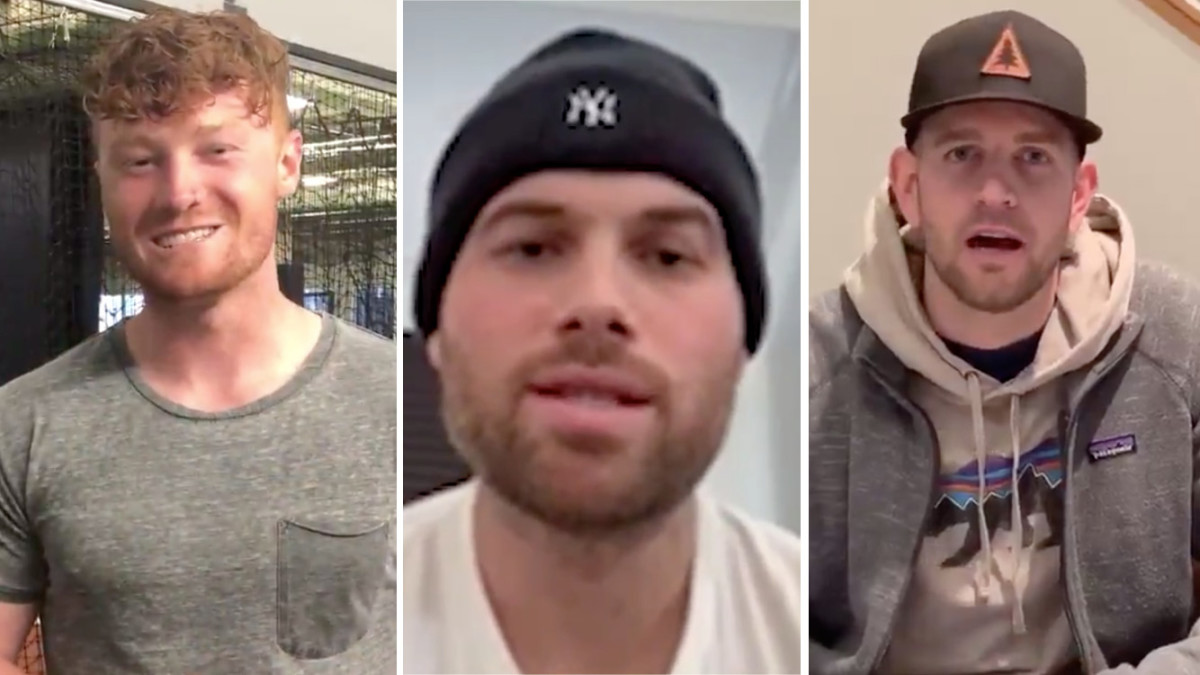 Time to put away those razors

Opening Day used to be one of the only sure things in baseball. You could never guarantee anything about your team except that they’d be there in late March, playing their first game.

Today would have been Opening Day across MLB, if not for the coronavirus outbreak. But there’s still one thing in baseball you can set your watch to: Yankees players growing out their facial hair the exact second they’re permitted to.

Every winter, players leave the Yankees via trades or free agency and emerge in the spring with their new clubs sporting beards. Look at the big, bushy one new Tiger Austin Romine has.

Ronald Torreyes has a goatee. Tyler Clippard grew out an ugly chin patch. Michael Pineda started keeping a well-trimmed chinstrap beard. Andrew Miller let his hair and beard go crazy. The list goes on and on.

But the ongoing MLB hiatus means that current Yankees players are also free to put their razors away, and they’re really taking advantage of it.

The team released a video on Wednesday of players wishing fans well during the crisis. Of the 12 players featured, at least seven were sporting enough facial hair to earn them a fine if they were at work.

It’s only been about a week since many Yankees players decided to leave the team’s spring training complex in Tampa. And a lot of the guys in that video are sporting more than three or four days of beard growth. That means that they likely stopped shaving the minute they knew their bosses couldn’t do anything about it. The Yankees are the only team in baseball with a strict rule like this. A similar policy instituted by the Marlins a few years ago caused all kinds of headaches. It’s well past time for the Yankees to start treating their players like adults and let them control how they look.

FIU quarterback James Morgan is the hot new sleeper in the NFL draft. … What is the impact of the Olympic postponement on USA Basketball? … Projecting the NCAA tournament that never was. … The five best landing spots for Cam Newton.

The “Bang!” here from Mike Breen is exquisite

Doc Emrick gets in on the trend

College punters tend to have a similar vibe

The factory that makes Peeps has been forced to close due to the coronavirus. … Dr. Dre’s classic album The Chronic will be archived at the Library of Congress. … The Washington National Cathedral discovered 5,000 protective masks in its crypt.

“About the length of a hockey stick.” Every Canadian stereotype is true.

Celebs are losing their minds like the rest of us

Pittsburgh is a hell of a town