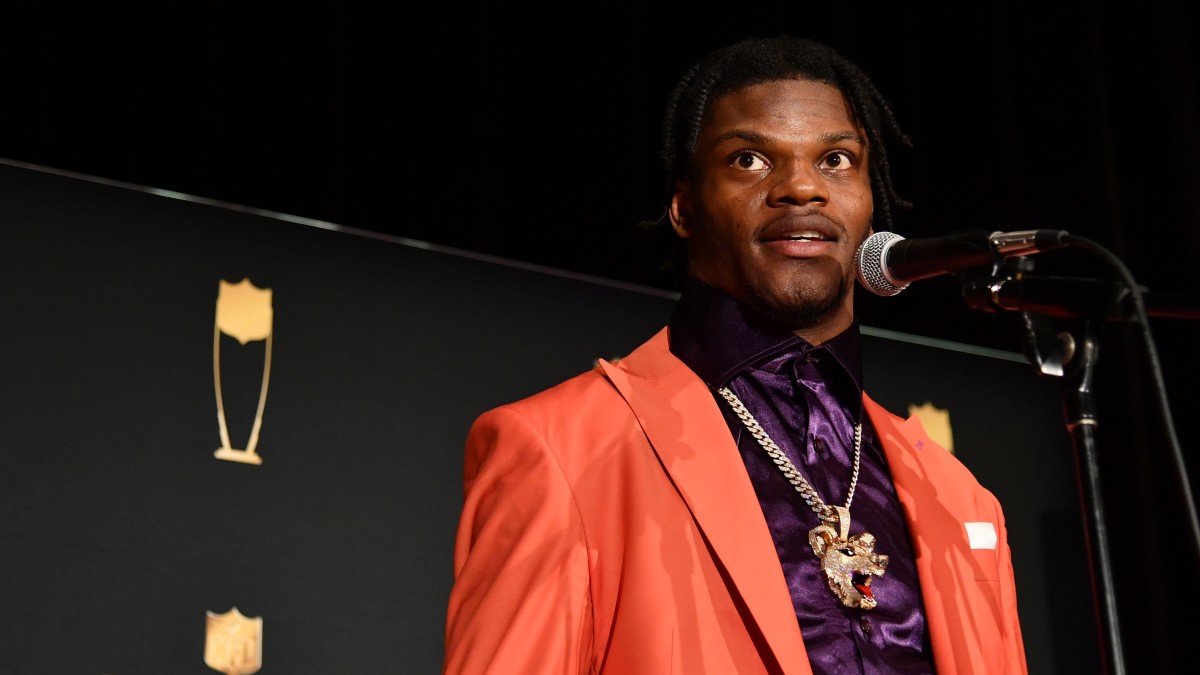 Ravens quarterback and 2019 NFL MVP Lamar Jackson has filed a federal lawsuit against Amazon.com. According to Childs Walker of the Baltimore Sun, Jackson claims the online retail site has allowed third-party sellers to post items that bear Jackson’s likeness and catch phrases without his permission.

A statement released on Thursday by the Florida-based law firm Ritter Chusid, LLP, which represents Jackson, reads, “Amazon is deliberately attempting to confuse and deceive the public that the infringing items are affiliated or endorsed by Lamar Jackson as apart [sic] of his brand to commercially exploit Lamar’s celebrity and notoriety for significant profit, when in fact, they have no consent, or license with Lamar or the National Football League to use Lamar’s publicity rights.”

The items in question include phrases like “Action Jackson” and statements appearing to allude to Jackson without using his name, such as “Football QB # 8 Fan Baltimore Maryland Action Jackson Pullover Hoodie … Feel your pulse, with this Funny Football Tailgater top that connects to Baltimore.”

Jackson became the second player in league history to be unanimously voted as MVP in 2019, joining only Tom Brady (2010). In 15 games, the second-year star quarterback threw for 3,127 yards with a league-best 36 touchdown passes and a passer rating of 113.3. He also rushed for 1,206 yards, breaking the record for most rushing yards by a quarterback. He led the Ravens to a 14-2 record and the No. 1 playoff seed in the AFC, though the team lost to the Titans in the divisional round.

Amazon has not yet issued a public response to the suit.