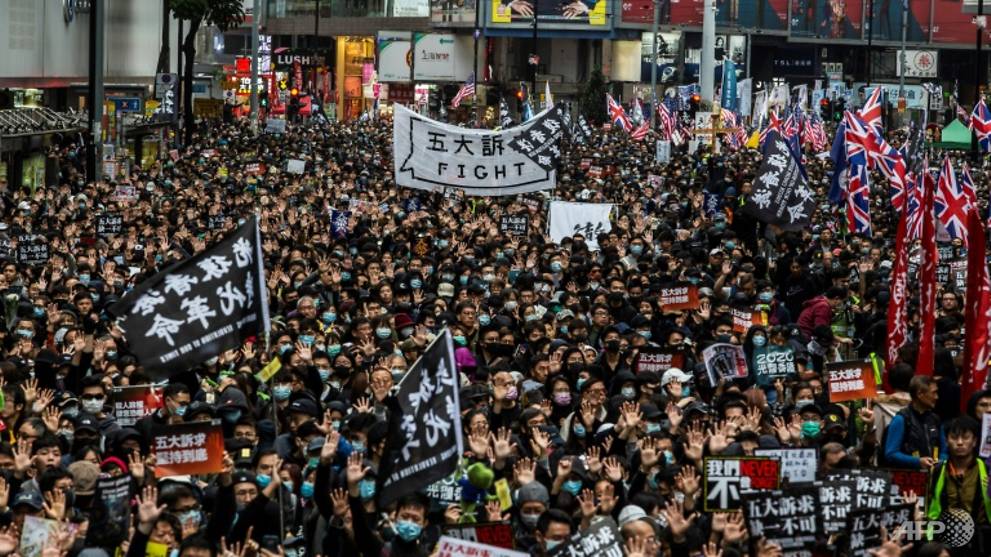 HONG KONG: Hong Kong police on Thursday (Mar 26) arrested an opposition politician under a colonial-era sedition law for allegedly sharing the identity of an officer who fired a baton round that blinded a journalist during protests last year.

“Someone posted speech that advocates violence and incites hatred,” spokesman Superintendent Swalikh Mohammed said, adding that personal information on an officer and his family members was “illegally distributed”.

Democratic Party district councillor Cheng, 60, shared a Facebook post which gave details of a policeman suspected to have fired the baton round that blinded a journalist during the anti-government demonstrations.

“If the police officer has a conscience, please turn yourself in. An eye for an eye,” Cheng wrote in her repost.

Indonesian journalist Veby Indah suffered permanent blindness in one eye after being hit by a police plastic baton round when she was covering the protests.

She has asked the court to order the police to name the officer so she can lodge a private prosecution.

The police had refused to disclose his name, sparking a search for the officer’s identity on social media.

Civic Party lawmaker Dennis Kwok said the “outdated” and “draconian” colonial law was in contravention of freedom of expression and human rights.

“Unfortunately, the government of today decided that they would use this colonial law to silence political discontent,” Kwok said, calling it an act of “political revenge”.

The sedition law has rarely been used since it was first enacted in 1938 under the British colonial government.

The protests have since morphed into a larger revolt against Beijing’s tightened control over the semi-autonomous city, and greater demands for fully free elections and an inquiry into police misconduct.