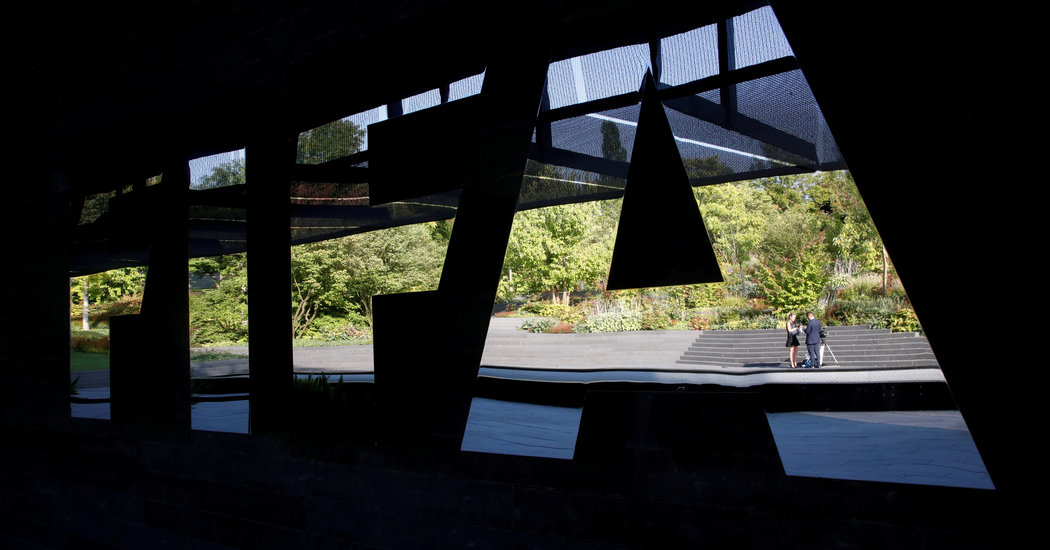 With soccer’s global calendar upended by the coronavirus, FIFA is scrambling to draft new regulations for player contracts and transactions between clubs in an effort to create a road map out of the sport’s unprecedented shutdown.

Lawyers at FIFA’s Zurich headquarters have huddled (virtually) with representatives from leagues, clubs and players unions to provide a framework to deal with the cascading issues created by the pandemic.

With leagues across the world idle — many nearing the end of their seasons — and thousands of athletes at home, unable to practice, clubs are increasingly concerned about their financial futures. Many of them have implemented patchwork measures on their own to try to mitigate the effects of the stoppage.

Now FIFA is trying to come up with a plan to deal with the aftermath of the frozen seasons and the eventual restart of soccer and all the business that goes along with it. Estimates for the costs of the shutdown vary widely, but industry leaders are bracing for an enormous impact. Andrea Agnelli, the head of Europe’s trade body for clubs, told his members they were facing “the biggest challenge the game and our industry has ever faced.”

In a confidential document, a copy of which was reviewed by The New York Times, named “Covid-19: Football Regulatory issues,” a special working group from FIFA has laid out the most pressing issues. Its main focus is on player contracts and transfer windows — periods when clubs can buy and sell players. There are typically two windows, one in the middle of the season and the other in postseason.

But with no certainty as to when the current seasons will end, FIFA has proposed that clubs extend the contracts of players whose agreements were to expire this summer until the seasons can be finished. It also suggested that players who were to join new clubs as free agents continue with their current clubs until the end of the seasons.

The proposals, which are an attempt to balance the needs of the clubs and of the players, also address a glaring issue: how to compensate club employees when the means of income for many teams, particularly smaller ones that derive more revenue from stadium receipts than from broadcast contracts, have diminished — almost completely, in some cases.

“It is clear that the Covid-19 virus outbreak has frustrated football employment agreements on a global basis,” FIFA’s document said. “The obligations placed on both parties are made impossible — players and coaches are unable to work; clubs are unable to provide work, nor are they in a position to compensate employees for work not provided.”

Without any central guidance yet, clubs have come up with a wide range of solutions for themselves. Some have already struck amicable agreements with their players to reduce salary payments. At Leeds United, a second-tier English club that was poised to clinch promotion to the Premier League when play was suspended, players agreed to a salary deferral for an indefinite period so other employees at the club could continue to be paid. In France’s top division, Lyon and Marseille used French law to put their players into a form of technical unemployment, in order for the state to contribute part of their salaries.

Some of the biggest clubs are also feeling the pinch. Barcelona announced on Thursday that it was temporarily cutting salaries club-wide, including those of players and staff, but did not provide specific figures.”

In some cases, relations between clubs and players have soured. In Switzerland, F.C. Sion fired nine players after they refused a pay cut; the players’ union in Colombia on Wednesday issued a furious comment after Independiente Santa Fe posted a Twitter poll asking its fans to vote on whether or not the team’s players should have their salaries reduced.

In some countries, including Croatia, Cyprus, Israel and Malta, clubs unilaterally made pay cuts within the first days of the shutdown.

With such variances, FIFA has tried to provide a framework for the negotiations, starting with a recommendation that clubs and their players come to an agreement to defer or reduce salary while no soccer is being played.

FIFA also proposed that clubs look at the option of furloughing players, “provided adequate alternative income support arrangements can be found for employees during the period in question.” This could be the case in countries like Britain, where the government has agreed to pay up to 80 percent of an employee’s salary if the employer is unable to operate.

FIFA’s most direct initiative, though, is a suggestion that it could dip into its own cash reserves to help pay salaries for players suddenly left without an income.

FIFA has also anticipated the chaos the current suspension will wreak on the annual $7 billion player trading window. Discussions that sometimes take months have been squeezed into days, as an urgent plan to change the contours of the global transfer windows has quickly come together.

Perhaps the most pressing concern for FIFA is Europe’s summer trading window, which had been set to open in some of Europe’s biggest leagues as early as May. That is now impossible, given that the current season cannot be completed by then. FIFA said it would not put a deadline on any league to finish the current season and would also approve any requests to change the dates of the transfer window. Teams could carry out transactions for as long as 16 weeks, FIFA said, four weeks longer than the previous maximum for a window.

A working group led by Victor Montagliani, a FIFA vice president, discussed the matters Thursday, though no final decisions were made.

The head-spinning nature of events brought on by the novel coronavirus has led to a rare period of collaboration among soccer’s biggest leagues, clubs and governing bodies to find a solution. That was made clear in a letter sent to members of the European Club Association, an umbrella group for around 200 top-division teams. It was written by Agnelli, the organization’s chairman who is also president of the Italian club Juventus.

Agnelli described the current standstill as “a real existential threat.”

He laid out two key objectives for his group: First was defining strategies to get players back on the field safely. That emphasis suggested a desire to play games without spectators at first, probably for a lengthy period.

The group’s second focus, Agnelli said, was coordinating efforts to “to help manage club financials in this time of social and economic crisis.”