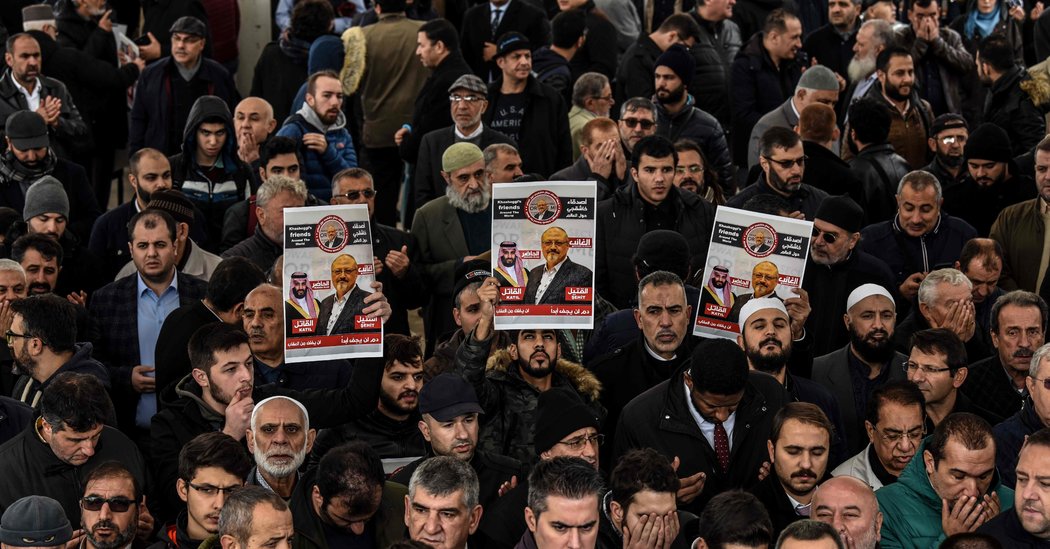 ISTANBUL — Turkish officials on Wednesday announced the indictments of 20 Saudi citizens on charges of murder and incitement to murder in the killing of the dissident writer Jamal Khashoggi, concluding their investigation into the case.

In a statement, the Istanbul prosecutor’s office said the indictments, which have yet to be made public, would show the attack had been planned. It said Mr. Khashoggi had been strangled and dismembered in a planned murder inside the Saudi Consulate in Istanbul on Oct. 2, 2018. The same conclusion had been reached by American intelligence.

The killing of Mr. Khashoggi, 59, a well-known former Saudi official and writer who became a critic of Crown Prince Mohammed bin Salman, Saudi Arabia’s de facto leader, drew condemnation around the world. United States intelligence officials had concluded that since his close aides were involved, the prince had ordered Mr. Khashoggi’s killing.

A United Nations investigation completed last year also found that the killing had been carefully planned and endorsed by high-level Saudi officials. The United Nations expert on extrajudicial killings, Agnes Callamard, called for an international investigation.

Saudi Arabia has denied any high-level involvement in the killing. It began its own, largely secret proceedings against some of the men involved, but not the more senior officials whom Turkey holds responsible. Saudi Arabia also brought its own trial against 11 people involved. In December, a Saudi court sentenced five people to death and three to prison terms in the case.

The Turkish prosecutor’s statement named 18 men who were indicted on a charge of murder with monstrous intent and inflicting grave torment. Two others — the former deputy head of Saudi general intelligence, Ahmed al-Asiri, and a former adviser to the crown prince, Saud al-Qahtani, both close aides to Prince Mohammed — were indicted on a charge of incitement to murder. (A Saudi court had dismissed charges against Mr. al-Asiri, and Mr. al-Qahtani was not charged.)

The Turkish indictment was based on evidence from cellphone location records of the accused, records of their entry and exit from Turkey and their presence at the consulate, the statement said. Evidence was also drawn from searches of their hotel rooms, the consulate and the consul’s residence; from Mr. Khashoggi’s cellphone, laptop and iPad; and from witness statements, it said.

Ms. Callamard welcomed Turkey’s indictment, telling Reuters on Wednesday that it was needed as a “counterbalance to the travesty of justice at the hands of Saudi Arabia.” She also urged the United States authorities to release their findings on the killing of Mr. Khashoggi.