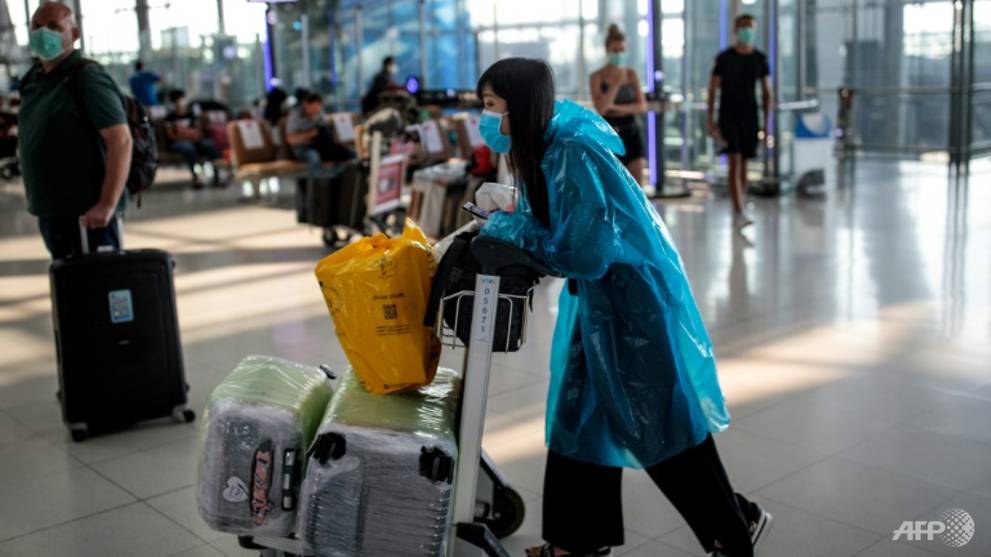 BANGKOK: Thailand barred entry into the kingdom late on Wednesday (Mar 25), enacting sweeping emergency powers in a bid to stem the local spread of the coronavirus outbreak.

The measures, which stopped short of a full lockdown after days of vacillation by the government, are a hammer blow to the country’s vital tourism sector.

Tens of thousands of travellers remain in the kingdom, facing uncertainty with airlines in chaos and restrictions on return to their countries.

Bangkok, a city of 10 million, was hushed on Wednesday as shops and restaurants shuttered, and Buddhist monks seated a metre apart led an anti-virus prayer session televised nationwide.

But social media showed thousands of foreigners jammed in chaotic lines at the capital’s immigration office to file for visa extensions.

The Royal Gazette announced on Wednesday night that authorities would “close all checkpoints and gates” for its land borders, while entry by air and ship will also be halted.

Diplomats and returning Thais who have health certificates will still be allowed to return.

All gatherings are also outlawed, and authorities have asked vulnerable people – like the elderly – stay home.

But festive ceremonies, like weddings or family activities, may continue under rules issued by the government.

Authorities also banned “reports of untrue news which could lead to fear”, under penalty of up to two years in prison.

The state of emergency will continue until Apr 30.

Thailand currently has 934 confirmed cases of COVID-19, including four deaths.

The kingdom was the first country to confirm a case outside China in January, but incremental measures were taken due to its flagging economy’s reliance on tourism.

The tripling in cases over the past week has sent Thais in a panic, and many have taken to social media to criticise the government’s spotty containment measures.

Thailand has in the past enacted emergency laws to quell political riots, which critics say could be used to muzzle the press.