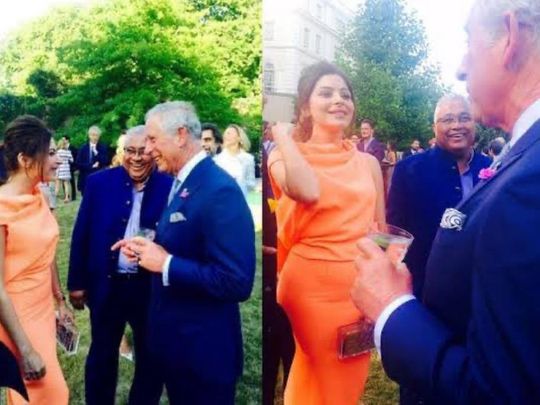 Dubai: Bollywood singer Kanika Kapoor’s publicist on Wednesday denied that the images of Prince Charles and the singer together at a social event that were being circulated wildly is a recent one.

Kapoor was diagnosed with coronavirus last Friday and Prince Charles news of contracting COVID-19 emerged today making the image of them together controversial. Was she the carrier memes were being floated around?

When Gulf News sought to clarify the image that was being forwards relentlessly to Kapoor’s publicist, he responded saying it’s an old picture.

Kapoor courted trouble when she was reportedly cavalier about social distancing after her return from UK.

Kapoor was due to perform in Dubai for Holi 2020 event with DJ Nucleya on March 13.