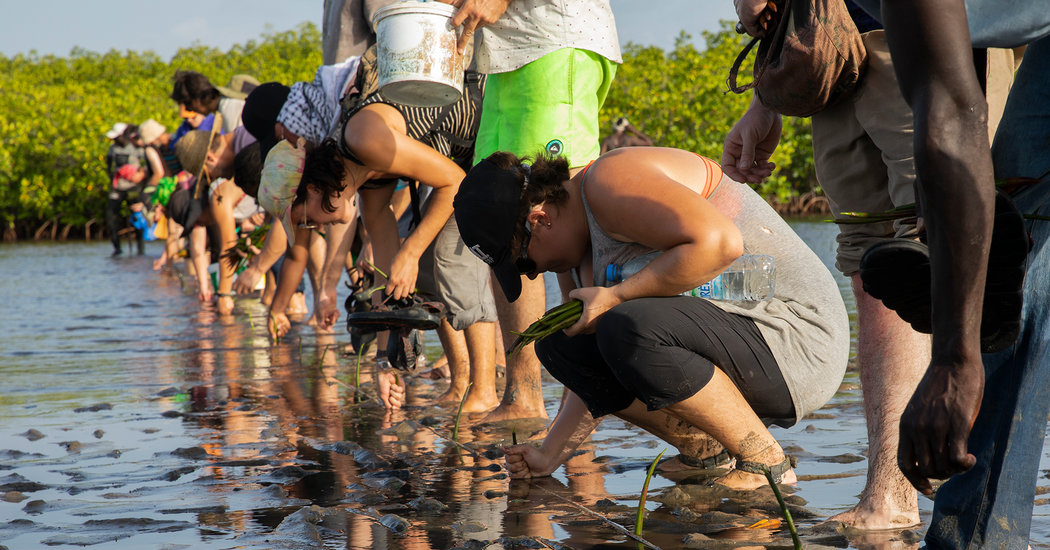 The evacuated volunteers described a surreal return, a moment that was supposed to feel celebratory was made somber. Many worried about exposing their family members to the coronavirus after long legs of travel, and did not know how they’d adjust to a country vastly different from the one they left.

QueenEsther Adu, 25, said the airport in Washington, D.C., was empty and her flight back to Columbus, Ohio, was even emptier. She hadn’t thought about the coronavirus much while serving as a health volunteer in Senegal, where she had been for more than two years, and was surprised at how serious the pandemic had become, she said.

Returning to the United States has always been a culture shock for Peace Corps volunteers, who often prepare for it over a couple of months. It can be shocking, for example, to walk into an American supermarket or a Costco laden with products after years in a poorer country. Mr. Gibson said the adjustment was particularly hard, returning to empty streets and home isolation.

The Peace Corps community in the United States, which includes more than 200,000 former volunteers, has been supportive, offering to open their homes, and provide food and advice if needed, Ms. Vetter said.

When she arrived in Minneapolis after her lengthy journey from Manila, her mother met her at the airport but stood a good distance away. Ms. Vetter then drove to a hotel, paid for by the Peace Corps, to self-quarantine away from her father, who is considered high risk.

“That was the hardest part,” Ms. Vetter said. “Seeing your mom after two years and being so close but not being able to give her a hug. We both cried a lot.”