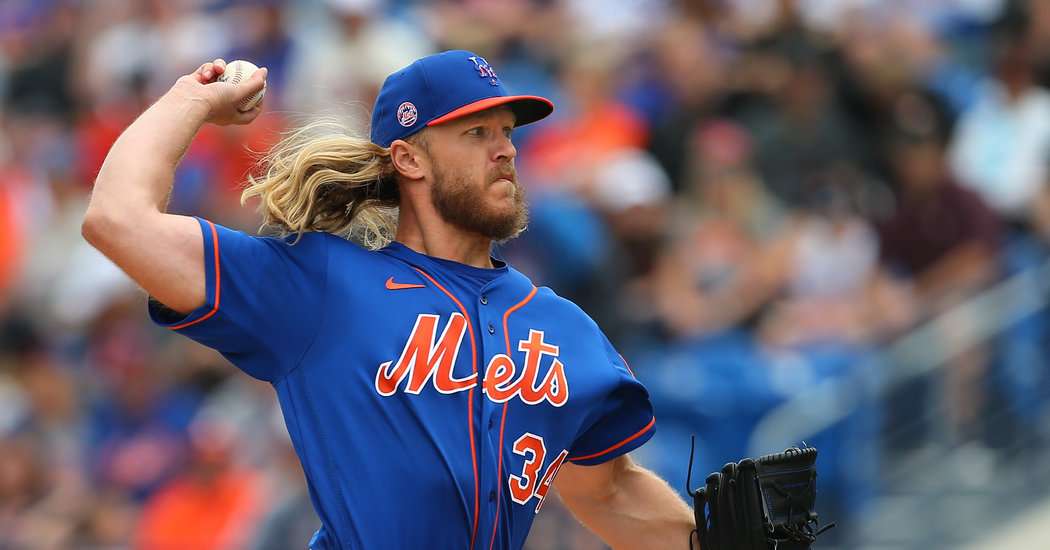 Shortly after his last start before spring training was shut down, Mets pitcher Noah Syndergaard was excited to review data from the team’s new motion-capture technology to hone his preparation routine.

“We’re just kind of scratching the surface on what it’s really capable of,” he said.

Syndergaard, 27, will have plenty of time to review that feedback before he takes the mound again. On Tuesday, the team announced that Syndergaard’s right elbow needed ulnar collateral ligament reconstruction — better known as Tommy John surgery.

Dr. David Altchek, the team’s medical director, will perform the surgery on Thursday at the Hospital for Special Surgery in West Palm Beach, Fla. The coronavirus pandemic has led many hospitals to cancel elective surgeries in preparation for a surge of patients, and Gov. Ron DeSantis of Florida last week issued an order prohibiting any “medically unnecessary, non-urgent or nonemergency procedure” in the state.

A spokeswoman for the Hospital for Special Surgery, Tracy Hickenbottom, said in an email that Syndergaard’s operation was defined as essential care and could proceed as planned.

So while the 2020 M.L.B. season remains in limbo because of the spread of the coronavirus, one thing appears certain: Syndergaard will not play this year. At the earliest, he is expected back with the Mets in the middle of the 2021 campaign. He is under contract through that season, after which he will be eligible for free agency.

Mets General Manager Brodie Van Wagenen said Syndergaard had been experiencing discomfort in his elbow before the end of spring training activities, and that the pitcher had been in constant contact with the training staff from that point. After symptoms persisted, Syndergaard received a physical examination, and a magnetic resonance imaging exam revealed the ligament tear. A second opinion from Dr. Neal ElAttrache confirmed the diagnosis and need for surgery.

“Noah is an incredibly hard worker and a tremendous talent,” Van Wagenen said in a statement released by the team. “While this is unfortunate, we have no doubt that Noah will be able to return to full strength and continue to be an integral part of our championship pursuits in the future.”

Syndergaard’s absence opens a spot in the starting rotation for Steven Matz or Michael Wacha, the two pitchers who had been in camp battling for the fifth starter role. Jacob deGrom, the two-time defending Cy Young Award winner, remains as the headliner of the starting rotation, which also includes Marcus Stroman and Rick Porcello, who won the American League’s Cy Young Award in 2016.

The Mets acquired Syndergaard in December 2012 when they traded pitcher R.A. Dickey to Toronto. Syndergaard placed fourth in the 2015 National League Rookie of the Year voting, and then posted a 14-9 record with a 2.60 E.R.A. the next season.

But he has struggled to regain his form recently. Last year, he could not control his slider and he said that the ball sometimes felt like an ice cube in his fingers. His 4.28 E.R.A. was the worst of his career. In 119 career outings, he has gone 47-30 with a 3.31 E.R.A.

Syndergaard, whose nickname is Thor and who is known for his muscular physique, is no stranger to the injured list. In 2018, he missed time with a strained ligament in his right index finger before he learned that he had hand, foot and mouth disease, an infection that usually affects children under 5 years old.