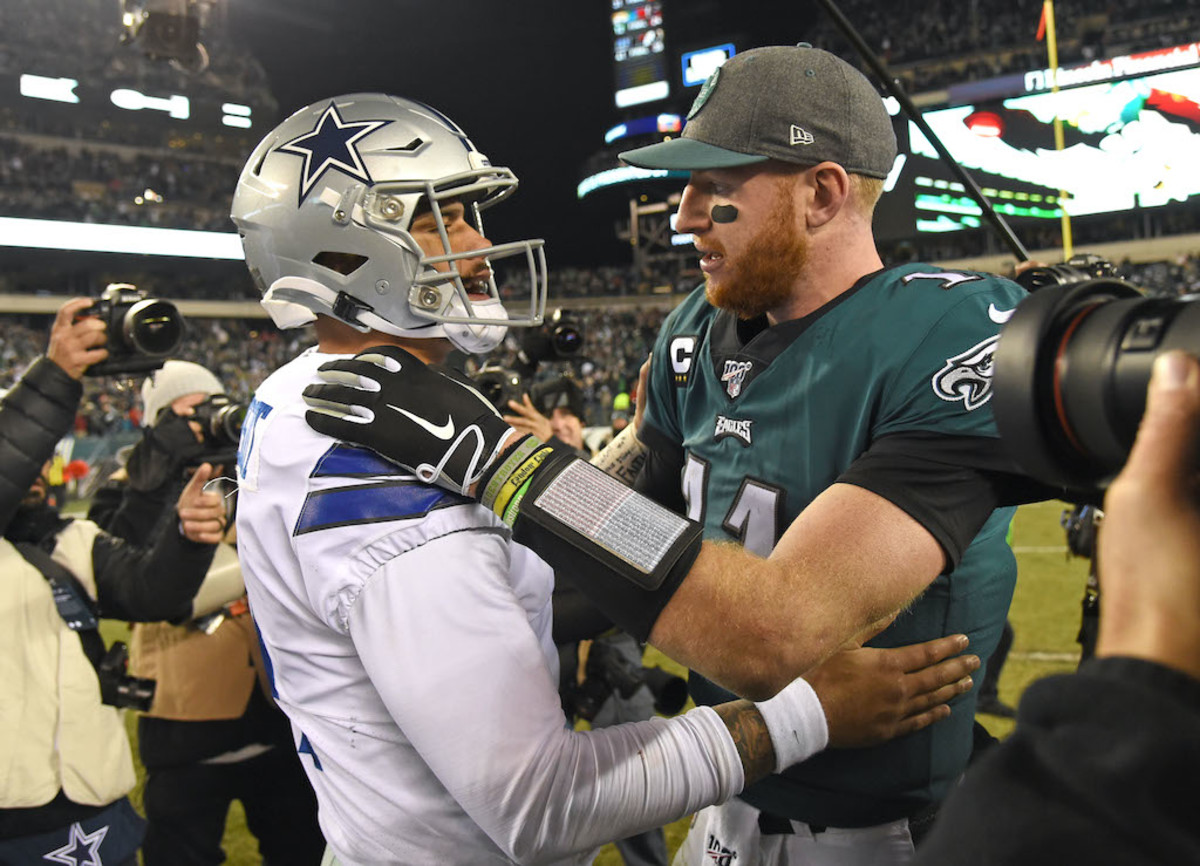 Before last season started, the public felt really good about two of the four teams that reside in the NFC East. The Dallas Cowboys were a team that many felt good about once Ezekiel Elliott, Dak Prescott and Amari Cooper were all at camp, especially considering that the Cowboys’ defense looked dominant the year prior.

The Philadelphia Eagles also looked like a team that could make a deep playoff run. Carson Wentz was healthy and the team belonged to him with Nick Foles gone. They added nice pieces on draft day, and they had the experience of being recent Super Bowl champions.

There was also a lot of public interest in the New York Giants last season because their win total seemed manageable. New York seemed poised to move on from Eli Manning and Saqoun Barkley looked like he could be the best running back in the NFL.

Finally, Washington was Washington and they did not disappoint. Head coach Jay Gruden was fired during the season and the team only won three games last season.

The NFC East ended up being one of the worst, if not the worst division in the NFL last season. The Eagles went on a four-game winning streak to end the season with a division title at 9-7. The Cowboys were a major disappointment, as they only won right games and Jason Garrett was fired after the season. Washington and New York combined for seven wins, both with young quarterbacks and both have new head coaches this season.

The Cowboys come into 2020 as the favorite to win the NFC East once again. The Cowboys’ main goals this offseason were to hire a head coach to turn the franchise around and get both Prescott and Cooper under contract. Cooper has been signed, but they had to place the franchise tag on Prescott—they still have until July 15 to get him a long-term contract.

No matter who you listen to, everyone talks about the talent of the Cowboys. Yes, they are a talented bunch, but with Jason Garrett now gone the Cowboys have no one else to blame if the team fails.

Mike McCarthy takes over as the head coach. He had plenty of success coaching the Packers and Aaron Rodgers and was brought into Dallas to turn Prescott from a good quarterback into a championship quarterback.Elliott is one of the best running backs in football and the Cowboys’ offensive line should still be dominant even with the loss of Travis Frederick.

Dallas won eight games last season, but five of those wins came against division opponents. In order to improve, Dallas must win games outside of the NFC East. Outside of the division, the Cowboys play the AFC North and the NFC West.

I think the Cowboys will win around 10 games in 2020. They should remain strong against their own division and feast on the bottom of the AFC North, but they will have to win road games against the NFC West to truly be a contender.

The Eagles are the reigning champs of the NFC East. They looked bad at times last season, but when they needed it Wentz was able to make enough plays to get them over the hump.

The Eagles needed to get better in the secondary over the offseason and they were able to do that by getting Darius Slay, who is one of the best cornerbacks in the league. Philadelphia does have issues in their wide receiving corps, as Alshon Jeffery and DeSean Jackson have seen their best day and J.J. Arcega-Whiteside is a young player who still needs work. Luckily for the Eagles and Wentz, the 2020 NFL draft class is filled with extremely talented wide receivers. In my mock draft that was published last week, I had the Eagles drafting LSU standout WR Justin Jefferson, but a player like Jerry Jeudy, Henry Ruggs III or CeeDee Lamb might possibly be available for the Eagles.

Philadelphia, like Dallas, has what appears to be a fairly easy schedule in 2020. The Eagles have the 25th-toughest schedule in the NFL. The Eagles will play at San Francisco and at Green Bay as their two toughest games this season outside of Dallas.

The Giants have the luxury of coming into the season with an easy schedule, but I don’t think they are better than the AFC North teams and they haven’t been able to beat the Cowboys or Eagles. Last season, the Giants’ four wins came against the Miami Dolphins, Tampa Bay Buccaneers and Washington. This year, outside of the NFC East, the Giants have road games against the Baltimore Ravens, Cincinnati Bengals, Los Angeles Rams, Chicago Bears and Seattle Seahawks—they could lose all these games.

The Giants roster still needs work. Barkley is great, but their leading wide receiver can’t be Darius Slayton. I don’t see how the Giants can win seven or more games this season.

The great Bill Parcells always said you are what your record says you are, and last season Washington was a three-win team. Quarterback has been an issue in Washington since Kirk Cousins left town.

Last season, Case Keenum and Dwayne Haskins each got snaps at quarterback. Nether played well, but Washington’s problem didn’t start with the quarterback play, it started with Gruden and him behaving like he was trying to get fired.

Washington struggled all season long. Haskins looked like he was ill-prepared most games and has a lot of work to do to turn things around. Ron Rivera was hired to be the head coach in the offseason and I think that was a perfect hire. Rivera is a well-respected head coach who has won plenty of games. He brought offensive coordinator Scott Turner along with him. Turner is a big fan of Kyle Allen, who will be Haskins’ main competition for the starting quarterback job.

Washington does have some playmakers on the team. Derrius Guice showed flashes last season and Terry McLaurin looks like a really good wide receiver. Washington also has some talent in the trenches, but they must trade Trent Williams so they can move ahead as a franchise.

Rivera has been a head coach in the NFL for nine seasons and his teams have won at least six games or more in every season he’s completed. Washington won’t compete for the division, but they will win more than five games this season.