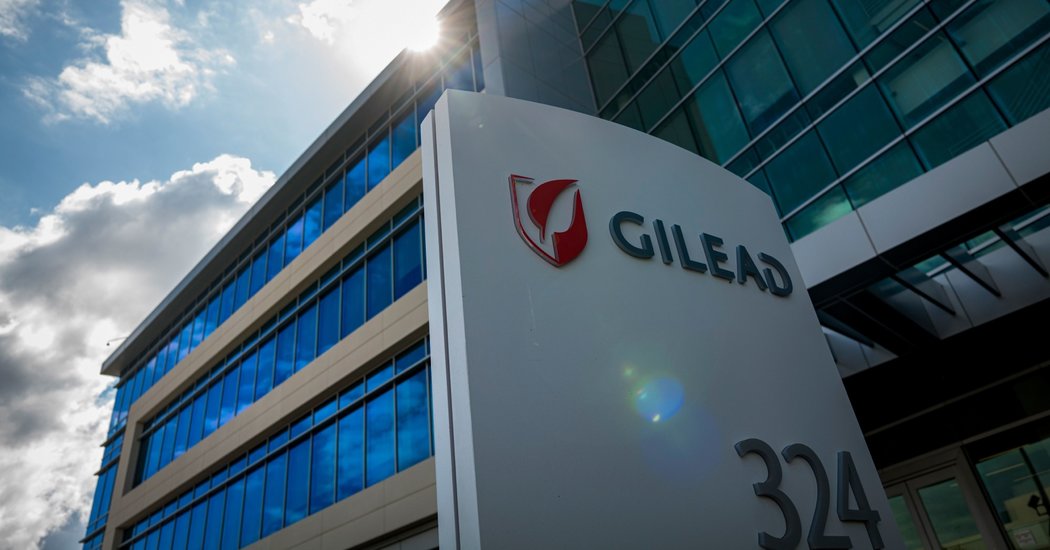 Bowing to criticism that it was exploiting the coronavirus pandemic, the drugmaker Gilead said on Wednesday that it would no longer seek orphan-drug status for remdesivir, an experimental drug that is being tested as a possible treatment.

The Food and Drug Administration had only granted the special designation on Monday — which gives drug companies a seven-year monopoly on sales, tax credits and expedited approval. Gilead said it asked the agency to rescind the status.

The company’s decision to seek orphan status for the drug had drawn immediate criticism. Senator Bernie Sanders of Vermont, who is seeking the Democratic presidential nomination, called it “truly outrageous,” noting that Gilead had received “tens of millions” of dollars from the federal government to develop the drug.

The consumer group Public Citizen and other health groups sent a letter on Wednesday to Gilead’s chief executive, Daniel O’Day, asking him to reverse course. “This is an unconscionable abuse of a program designed to incentivize research and development of treatments for rare diseases,” the letter said. “Calling Covid-19 a rare disease mocks people’s suffering and exploits a loophole in the law to profiteer off a deadly pandemic.”

No treatment has been proved to be effective against Covid-19, the disease caused by the coronavirus, and Gilead is just one of several companies with drugs in trials around the world. More than 438,100 people have been sickened in at least 168 countries, according to official counts. As of Wednesday afternoon, at least 19,641 people had died.

The Orphan Drug Act, passed in 1983, was intended to encourage development of drugs that treat diseases affecting fewer than 200,000 people in the United States. But in recent years, drug companies have been accused of exploiting the law to reap millions, if not billions, in sales. Companies have gotten orphan designation for products that were already blockbusters, including Humira, which has long been the world’s top-selling drug.

Without orphan-drug status, a company like Gilead would receive five years of monopoly protection for a new drug approval.

Although fewer than 200,000 Americans have contracted the virus thus far, the infection rate is expected to grow exponentially. A drug like Gilead’s remdesivir or another treatment could ultimately be administered to millions of people around the world over the course of the pandemic.

In a statement, Gilead said it had sought the orphan status to expedite approval of the drug, in particular a required pediatric study plan that, without such a designation, the company said could have taken up to 210 days to complete. But Gilead said that after speaking to regulators, it was confident the application would move quickly.

“Gilead recognizes the urgent public health needs posed by the Covid-19 pandemic,” the drugmaker said. “The company is working to advance the development of remdesivir as quickly as possible and will provide updates as they become available.”

Peter Maybarduk, the director of a Public Citizen program that advocates for global access to medicines, rejected the company’s argument that the requirement that it complete a pediatric study plan — which would be waived with an orphan designation — would have slowed the process. “We have to know whether a drug may affect children differently than adults,” he said. “Gilead should not have been looking to skip this step in the first place.”

Remdesivir is being studied in several large-scale clinical trials around the world, including in a huge trial announced last week by the World Health Organization. But the results have not been reported yet, and it is still unclear whether the drug works against the coronavirus. It was studied to treat Ebola, but it did not work well enough against that virus.

Last week, President Trump promoted the drug as one of a handful that might work against the coronavirus. Gilead has been inundated with requests for “compassionate use” access to the drug from doctors with dying patients who are desperate to try anything that might help.

This past weekend, Gilead said that the overwhelming demand had created a backlog and that it was switching from approving access on a case-by-case basis to a system in which patients would be approved in large groups. But that new program has not yet gotten underway, leaving some doctors and patients scrambling. A Gilead spokeswoman said on Wednesday that the company’s goal was to have the broader program up and running at some sites in the United States this week, with others to come after that.