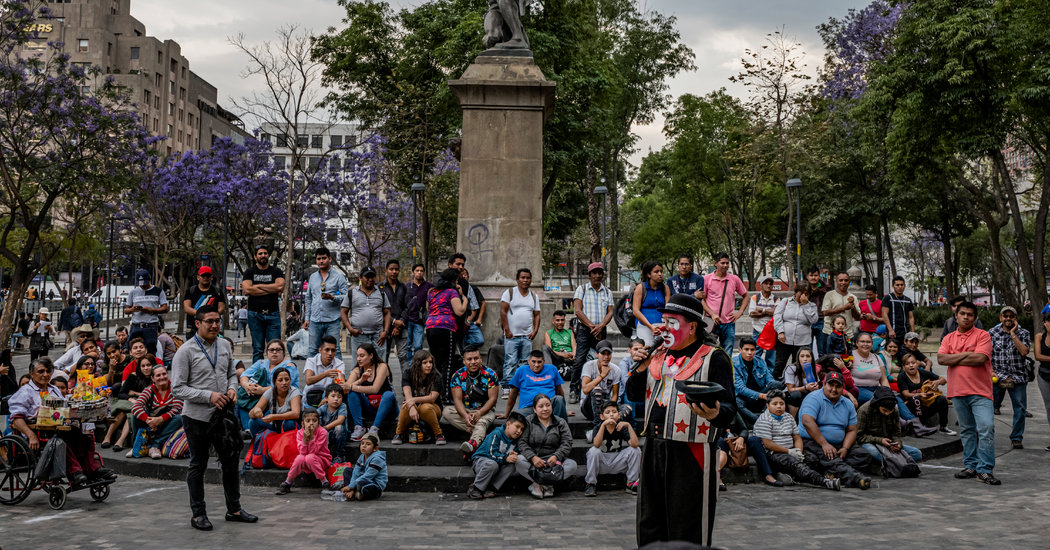 RIO DE JANEIRO — Most leaders in Latin America reacted to the arrival of the coronavirus in the region with speed and severity: Borders were shut. Flights were halted. Soldiers roamed deserted streets enforcing quarantines, and medical professionals braced for an onslaught of patients by building field hospitals.

But the presidents of Brazil and Mexico, who govern more than half of Latin America’s population — Jair Bolsonaro of Brazil and, to a lesser degree, his Mexican counterpart, Andrés Manuel López Obrador — have remained strikingly dismissive. They’ve scoffed at calls to shut down business and sharply limit public transportation, calling such measures far more devastating to people’s welfare than the virus.

In a region with high poverty rates, where hundreds of millions of people live in close quarters, without access to proper sanitation or health care, experts say their approach could create an ideal breeding ground for the virus, with devastating consequences for public health, the economy and the social fabric.

“This is a recipe for social implosion in a region that was already in a state of social upheaval,” said Monica de Bolle, a senior fellow at the Peterson Institute for International Economics, who is originally from Brazil. “In a situation like this, things can break down really fast if there is a lack of trust in government and people feel very vulnerable.”

Mr. López Obrador, a leftist, has continued to wade into crowds and kiss babies. Ruling out travel restrictions, business closures or quarantine orders, last week Mr. López Obrador suggested Mexico would be spared by divine intervention as he held up two amulets he called “my bodyguards.”

“Do not panic, and please do not stop going out,” he said in a video Sunday night. “If you have the economic capacity, keep taking your families to restaurants, because that means strengthening the family and popular economy.”

It was not until Tuesday that his government closed schools, prohibited gatherings of more than 100 people and told Mexicans to stay at home. By then, the Mexico City government had already moved to shut down much of public life.

But Mr. Bolsonaro, a far-right leader who has been in office a little more than a year, has remained defiant, continuing to dismiss the virus as a “measly cold” that does not warrant “hysteria.”

In a national address Tuesday night, Mr. Bolsonaro dismissed measures taken by governors and mayors as a “scorched earth” approach. Mr. Bolsonaro, who is 65, also said that if he were to get the virus, he would recover easily because of his “athletic background.”

While he spoke, Brazilians across the political spectrum banged pots outside their windows in what has become a nightly protest of his cavalier attitude, with some crying “Out with Bolsonaro!”

As of Wednesday morning, Brazil had 2,271 confirmed cases, a sixfold increase from a week ago, and 47 deaths.

Most leaders in Latin America had regarded the new virus as a faraway problem — one unlikely to raise havoc in the region during the austral summer — until the first case was diagnosed in Brazil in late February. Since then, the coronavirus has spread briskly in the region, with Brazil, Ecuador and Chile having the most diagnosed cases.

As the pandemic guts the global economy and jams supply chains across the world, Latin America is uniquely vulnerable to an economic collapse.

The region was already struggling to absorb a diaspora of millions of Venezuelans who fled the country’s humanitarian and political crisis.

Economic growth in Latin America and the Caribbean last year was a dismal 0.1 percent, dragged down by the low price of commodities and a wave of social upheaval that roiled Venezuela, Peru, Ecuador, Bolivia and Chile.

The public health impact will also likely be devastating. A large share of the population in Latin America lives in the type of dense urban enclaves where the virus appears to spread with the most ease. An estimated 490 million people lack proper sanitation.

While the outbreak is not expected to peak in the region for at least another month, already there have been jarring signs of strife.

In Colombia, at least 23 inmates were killed over the weekend during riots staged by prisoners who said the authorities weren’t doing enough to shield them from the pandemic. In Brazil, meanwhile, hundreds of prisoners broke free last week during a coordinated mutiny across four prisons in the state of São Paulo. Many were later recaptured.

In some poor Rio de Janeiro neighborhoods, drug trafficking gangs, which hold more sway there than the state, this week announced strict curfew orders that were relayed by text message and loudspeakers.

“We want the best for the population,” said one order, distributed by text message. “If the government doesn’t have the capacity to handle this, organized crime will.”

As the first confirmed coronavirus cases in Brazil’s poor neighborhoods, or favelas, were reported over the weekend, residents who earn meager wages and contend with rampant violence, lack of sanitation and cramped quarters braced for new and terrifying circumstances.

Daniela Santos, a 32-year-old maid who lives in the Vila Paciência favela in western Rio de Janeiro, is doing her best to take shelter in the single-room home she shares with her three daughters and granddaughter. Her fear of the virus is compounded by a more ordinary threat: keeping the girls fed. Last week Ms. Santos’s bosses told her to stop coming to work until further notice, without offering to keep paying her salary.

“When I run out of food, what will I do?” she asked. “I don’t have work or savings. I have nothing. We are abandoned.”

Mr. Bolsonaro has spoken with exasperation about the coronavirus since January, calling it a “fantasy” that was being blown out of proportion by political rivals and the press to weaken his government.

Even after several of his top aides tested positive for the virus after traveling to Florida on an official trip that included a dinner with President Trump at Mar-a-Lago, Mr. Bolsonaro continued to argue that public “panic” posed a bigger threat than the virus.

As medical experts at home and abroad were urging social distancing, particularly among senior citizens and other vulnerable people, the president encouraged mass rallies by supporters on March 15 — and even greeted several dozen people outside his home in Brasília, shaking hands and taking selfies.

Three days later, his health minister, Luiz Henrique Mandetta, who is a physician, warned that the country’s public health care system would “collapse” by the end of April at the rate the virus was spreading.

Mr. Bolsonaro’s actions have triggered a withering political backlash — even from former allies. Janaína Paschoal, a state lawmaker who was on Mr. Bolsonaro’s shortlist for vice-presidential candidates, last week called for his removal from office.

Last week, a handful of lawmakers presented an impeachment request over the president’s conduct.

Sâmia Bomfim, one of the legislators pressing for his impeachment, said Mr. Bolsonaro’s handling of the crisis has been deeply confounding.

“Sometimes I get the impression that they’re setting in motion social chaos so they can impose a state of siege and deploy repressive force,” said Ms. Bomfim, a leftist from São Paulo. “I have doubts about whether this is incompetence or a deliberate strategy, but I’m afraid of both.”

In Mexico, health care experts say Mr. López Obrador’s attitude is reckless and warn that failure to take swift steps now will deepen the humanitarian and economic toll of the virus.

“Our health system could be overwhelmed, like what is happening in Italy and when you reach that point, you have an uncontrollable situation that could lead to social chaos,” said José Ángel Córdova Villalobos, a former health minister who led the efforts to fight the 2009 H1N1 pandemic in Mexico, which were widely seen as a success.

Mr. López Obrador, a populist firebrand who rose to power by appealing to Mexico’s poor, appears reluctant to take the kind of steps his counterparts have adopted, fearing the calamitous impact they would have on informal workers and others who are barely getting by now.

But analysts warn that drastic steps will be required eventually.

“It is a dangerous bet to postpone this as much as possible,” said Jesús Silva-Herzog, a professor at the School of Government at the Tecnológico de Monterrey university. “Maybe when they decide to do it, it will be too late.”