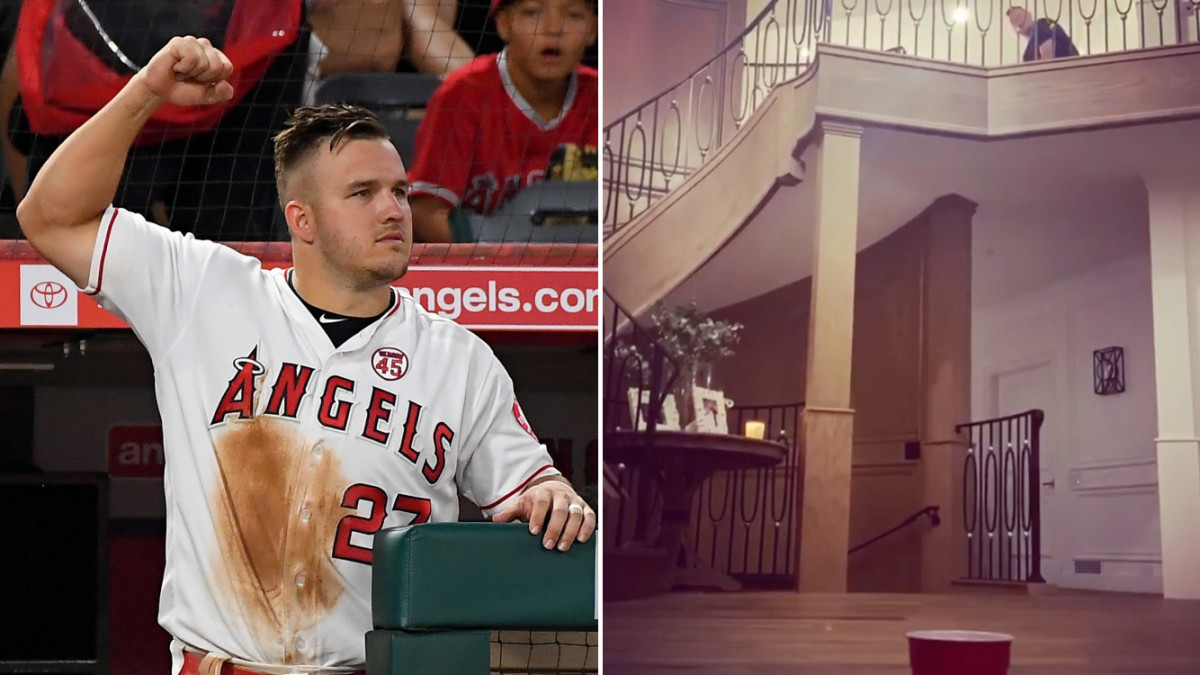 It feels like a lifetime ago but it was only three weeks ago that Mike Trout went viral with a video of him smacking the life out of a golf ball at a driving range. It surprised no one that a power hitter like Trout could clobber a ball, but would you believe he also spends time on his short game?

Trout posted a video on Instagram of himself nailing a trick shot in the stately foyer of his home, chipping a ping pong ball from the upstairs into a cup on the lower level.

I don’t care how many takes that took, it’s still awfully impressive. (Knowing Trout’s personality, though, he could have failed 500 times and never considered giving up.)

One redeeming part of the past few weeks has been seeing how athletes are passing the time during their unexpected vacations.

Here’s Chargers kicker Michael Badgley setting up some goal posts in his house.

An L.A. Kings player delivered toilet paper to a teammate via drone while they were stuck in their houses.

I promise athletes who play outside Los Angeles are having fun, too. Those are just the three videos I saw this morning.

Tom Brady didn’t say much in his first comments since signing with the Bucs, but his conference call was interesting in its own way. … The coronavirus sports hiatus hits aging athletes especially hard. … The consequences of postponing the Olympics. … How NBA stars are using social media to educate about the coronavirus.

The third Tyson Fury-Deontay Wilder fight, originally slated for this summer, has been pushed back due to coronavirus. … The aquarium in New Orleans named a baby penguin after Zion Williamson. Why not a pelican? … The Mets can’t get a break even when MLB season is postponed. Noah Syndergaard is having Tommy John surgery. … Trevor Lawrence tried to raise money for coronavirus victims and of course it turned into an NCAA thing. … After the success of last weekend’s race, Fox is going to air more simulated NASCAR events.

Let’s see Trout do this next time

The Chargers slightly tweaked their logo

Comedy is not Schefter’s strong suit

Does it count if I bat lefty but golf righty?

I can’t believe I hadn’t seen this before

A UNC law school professor went viral for placing a single Pinocchio doll at a desk during his pre-recorded lecture. … Wanna know how bad things are in the U.S.? Waffle House just closed over 300 locations.

What did they think was going to happen?

Did deep enough into Wikipedia and you find some gems

The best thing I’ve seen in weeks, no exaggeration