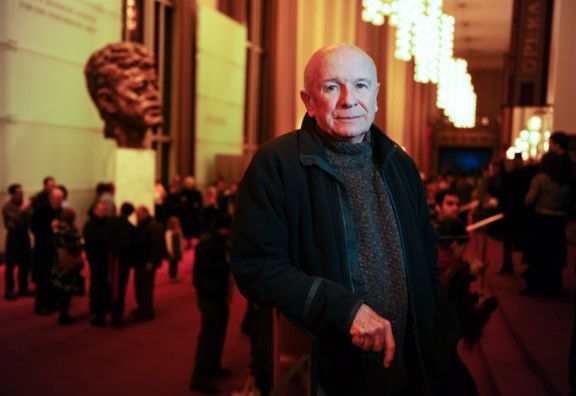 The theatre community is paying tribute to the four-time Tony Award-winning playwright Terrence McNally, who died Tuesday. He was 81.

The writer of numerous plays including “Lips Together, Teeth Apart,” “Frankie and Johnny in the Claire de Lune” and “It’s Only a Play” and also the librettist of musicals such as “Ragtime,” “Kiss of the Spider Woman,” “The Full Monty” and “Anastasia” died from complications related to the coronavirus. He was diagnosed with lung cancer in 2001 and twice underwent surgery.

“Heartbroken over the loss of Terrence McNally, a giant in our world, who straddled plays and musicals deftly,” tweeted “Hamilton” mastermind Lin-Manuel Miranda upon learning of the news. “Grateful for his staggering body of work and his unfailing kindness.”

“We lost a great artist today,” wrote actor Jason Alexander on Twitter. “I worked for and with Terrence McNally twice in my life and they were two of the greatest experiences I’ve ever had. His work was vital, intense, hysterical and rare. My hope is that he will inspire writers for years to come.”

Fellow playwright Paula Vogel shared an expletive-laden tweet, directed at the coronavirus. “Just learnt that it took Terrence McNally who has always been the soul of kindness. … McNally’s plays will outlast you.”

Jeremy O. Harris did the same and added, “His kindness and candour were unmatched.”

In the shadow of the AIDS epidemic, McNally met the demands of that critical time with warm, Tony-winning works like “Love! Valour! Compassion!” and “Master Class.”

“His was a vital voice in American theatre, especially effective at lifting up and amplifying the American LGBTQ experience,” tweeted actor Anthony Rapp.