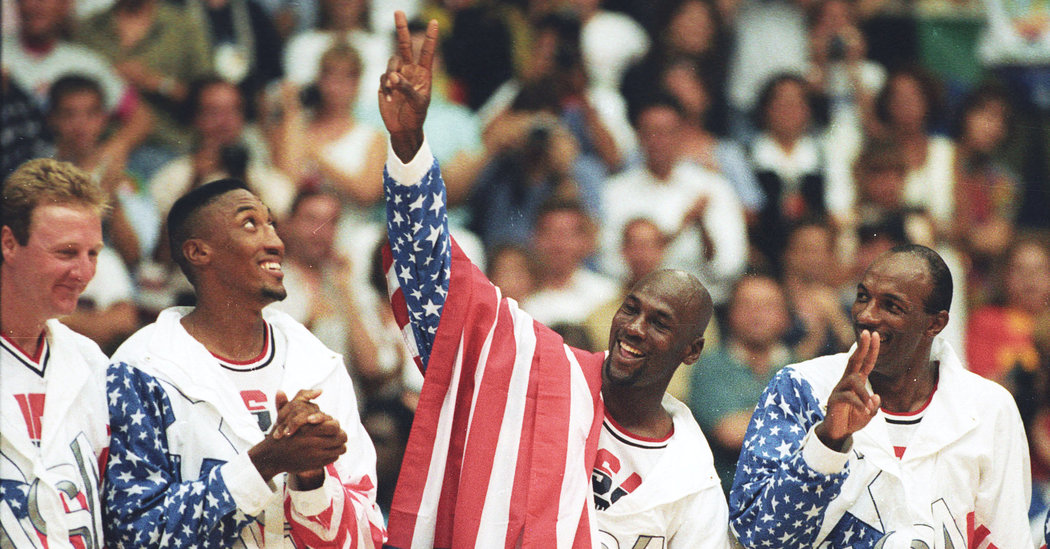 Good luck predicting now what sort of squad (or coaching staff) will be available next year. If it becomes feasible for the N.B.A. to restart in June or July, it’s quite possible that the beginning and end dates of the 2020-21 season will be pushed back and could overlap with the delayed Olympics. So it’s no stretch to say that Olympic basketball itself may face an uncertain future — with little appetite in league circles to spend much time on it now when so many domestic issues are unresolved.

I realize all of the above falls under the heading of it’s only sports. We’re likewise talking about a postponement of the 2020 Olympics rather than an outright cancellation. Seeing what is happening all over the globe, in the throes of the coronavirus pandemic, none of this should be treated as tragic.

Yet we are sports fans. Lots of us obsess and anguish over the trivial. My life has revolved around sports since I was 5 years old, and I bet many of you, like me, are not exactly sure how to switch that off.

As an unabashed (and overly nostalgic) hoops nerd, I still find myself wrapped up in all sorts of Olympic hoops hypotheticals. Will Pop, the former Air Force cadet, ever experience one dose of red, white and blue glory to go with all that San Antonio success? Will the Golden State superstar Stephen Curry, who has yet to appear on the Olympic stage, get that chance someday? And what about LeBron James? He had not committed to play this summer, but he did acknowledge that “my name is in the hat” when U.S.A.B. announced a 44-man preliminary roster in February. If, again, the 2021 Olympics are still an option for N.B.A. players, James will have to be even more careful, at age 36 and in his 18th season, about overtaxing his body.

And if I may: I am also prone to think of my own father whenever the patriarch of the San Antonio Spurs comes up. It has been this way for me ever since June 15, 2014, when Popovich, Tim Duncan and the Spurs clinched the franchise’s fifth N.B.A. championship with a Game 5 victory over LeBron’s Miami Heat. That same day — Father’s Day — Reuven Stein succumbed to non-Hodgkin’s lymphoma after a seven-year battle with the cancer. He was 74.

While still at ESPN, I wrote a story about “The Reuvs” a year after his passing to explain that Father’s Day had changed for me forever, and to share some stories about his colorful life. He greatly preferred, for example, to be referred to as “Father” rather than “Dad.” But one anecdote I did not include was how he obsessively implored my brother, Orren, and me to “wash hands.”

“Did you wash hands?”

Children on our street, and all the way into high school for me, delighted in razzing us about Mr. Wash Hands and the thick Romanian accent he couldn’t quite shake even though his English vocabulary was next level.