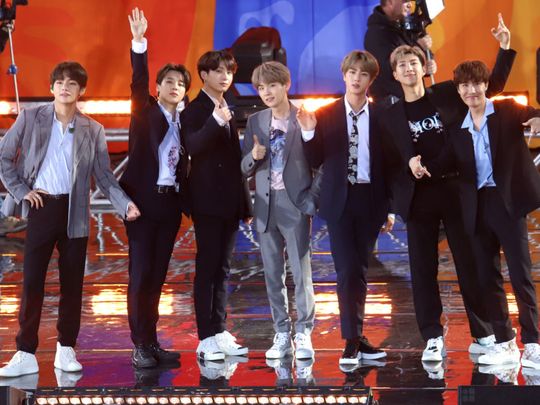 It’s looking increasingly likely that the biggest tour of 2020 in North America — the BTS Map of the Soul trek — might need to be cancelled or postponed due to the coronavirus pandemic.

As it stands, the trek is currently set to kick off with a two-night stand, April 25-26, at the 49ers’ Levi’s Stadium in Santa Clara — smack dab in the middle of the county that has been hardest hit by COVID-19 in all of Northern California.

But basically every other major Bay Area concert originally scheduled for April has already been postponed, including dates with the Eagles, Celine Dion, Lauren Daigle and Billie Eilish, as officials try to limit people from gathering together.

And BTS is more “major” than any of those concerts — basically put together. And talk about a large gathering. The K-Pop act’s two huge shows at Levi’s would collectively attract some 100,000 fans to the home of the San Francisco 49ers.

Still, there has been no official word about these dates being changed. They are still listed on the band’s the website, alongside all others on the tour. You can still buy tickets for the show (mainly re-sell ones at this point) on Ticketmaster. And a representative from the 49ers says the shows are still scheduled for April 25-26. (An attempt to reach the concert promoter was unsuccessful.)

But at this point it would be pretty shocking to see these shows take place as scheduled. Instead, given what we’ve seen so far as the music industry reacts to COVID-19, it seems likely that BTS will follow the lead of other artists and postpone the whole spring North American tour, which also includes dates at the Rose Bowl Stadium in the Los Angeles area, Cotton Bowl Stadium in Dallas and Soldier Field in Chicago, among others.

BTS — which arguably ranks as the most popular band in the world — has already cancelled several shows, originally scheduled for April, in its native Korea due to concerns over COVID-19.