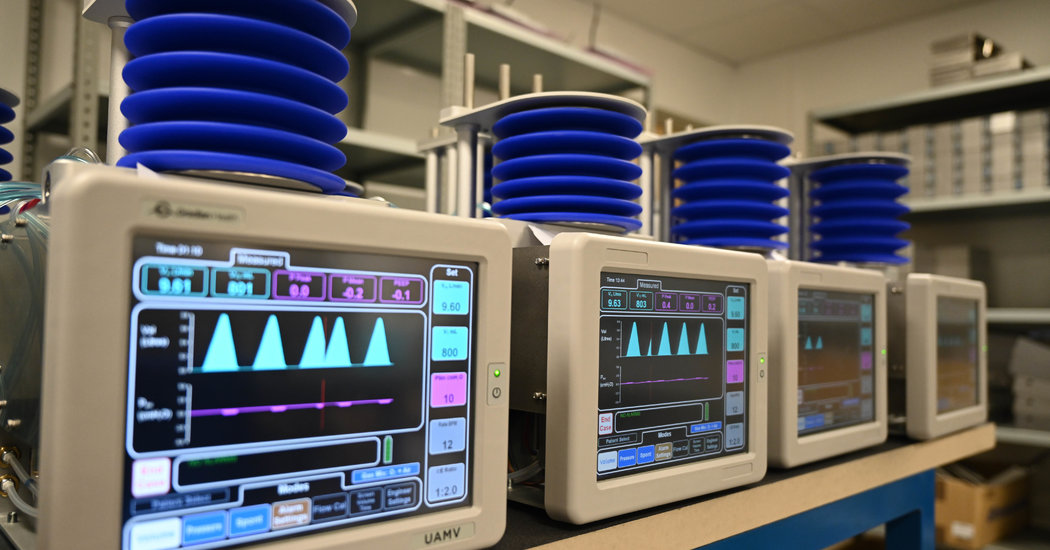 How do doctors and hospitals decide who gets potentially lifesaving treatment and who doesn’t?

A lot of thought has been given to just such a predicament, well before critical shortages from the coronavirus pandemic.

“It would be irresponsible at this point not to get ready to make tragic decisions about who lives and who dies,” said Dr. Matthew Wynia, director of the Center for Bioethics and Humanities at the University of Colorado.

Facing this dilemma recently — who gets a ventilator or a hospital bed — Italian doctors sought ethical council and were told to consider an approach that draws on utilitarian principles.

In layman’s terms, a utilitarianism approach would maximize overall health by directing care toward those most likely to benefit the most from it. If you had only one ventilator, it would go to someone more likely to survive instead of someone deemed unlikely to do so. It would not go to whichever patient was first admitted, and it would not be assigned via a lottery system. (If there are ties within classes of people, then a lottery — choosing at random — is what ethicists recommend.)

In a paper in The New England Journal of Medicine published Monday, Dr. Ezekiel Emanuel, vice provost for global initiatives and chairman of the Department of Medical Ethics and Health Policy at the University of Pennsylvania, and colleagues offer ways to apply ethical principles to rationing in the coronavirus pandemic. These too are utilitarian, favoring those with the best prospects for the longest remaining life.

In addition, they say prioritizing the health of front-line health care workers is necessary to maximize the number of lives saved. We may face a shortage of such workers, and some have already fallen ill.

In a recent article in The New York Times, a British researcher said, “There are arguments about valuing the young over the old that I am personally very uncomfortable with,” adding, “Is a 20-year-old really more valuable than a 50-year-old, or are 50-year-olds actually more useful for your economy, because they have experience and skills that 20-year-olds don’t have?”

Some organizations, states and federal agencies have anticipated challenges like these and developed resources and guides for hospitals and health systems.

The Hastings Center has curated a list of resources that health care institutions can use to prepare for responding to the coronavirus, including for shortages. In 2015, the New York Department of Health released a report on the logistical, ethical and legal issues of allocating ventilators during a pandemic-created shortage. This and many other states’ plans are modeled on guidance from the Ontario Ministry of Health on critical care during a pandemic.

Federal health agencies, including the Department of Veterans Affairs and the Department of Health and Human Services, have also published guidance that includes approaches for allocation of scarce resources during a pandemic.

A study in Chest in April 2019 imagined a 1918 flulike pandemic in which there weren’t enough I.C.U. beds and ventilators to meet demand. The authors engaged focus groups in Maryland about views on how to ration care. The preference of the focus groups? Direct resources to those with the greatest chance of survival and the longest remaining life spans — in other words, also the pragmatic utilitarian approach. This study stemmed from work for a Maryland report on allocating scarce medical resources during a public health emergency.

“Key is to be transparent about the principles, save as many lives as possible, and ensure that there are no considerations such as money, race, ethnicity or political pull that go into allocation of lifesaving resources such as ventilators,” said Dr. Tom Frieden, president and C.E.O. of Resolve to Save Lives and former director of the Centers for Disease Control and Prevention.

Another principle recommended by medical ethicists is to take tough choices out of the hands of front-line clinicians. Instead, have dedicated triage officers decide. Also, decisions should be free of financial considerations or the social status of patients, something that seems to have been violated in the provision of scarce coronavirus tests to N.B.A. players, for example.

Nevertheless, precisely this kind of rationing is commonplace in the U.S. health system during more normal times.

Health economists have also thought deeply about how to allocate finite health care resources, in government budgets for instance. Often there are winners and losers in these calculations — some treatments covered and some not — but they’re not always individually identifiable.

During a pandemic, the winners and losers are both clearly identifiable. They’re right in front of the doctor at the same time. “This shifts the ethical and emotional burden from society or government to the clinician,” said Christopher McCabe, a health economist and executive director and C.E.O. of the Institute of Health Economics in Alberta, Canada. “There’s no perfect way to choose who gets lifesaving treatment. At times like these, society may be more forgiving of utilitarian decision making.”

History offers examples of competing values. During World War II, soldiers received penicillin before civilians. In Seattle in the 1960s, social worth was among the criteria used to ration dialysis machines.

In 2005, Hurricane Katrina caused acute shortages under emergency conditions in Louisiana health centers. “Health care workers were forced to make things up as they went along, amounting to life and death decisions,” Dr. Wynia said. “This was widely viewed as unfortunate for patients, doctors, and not what we want as a society.”

Today, there is greater demand for some organs for transplants than supply can accommodate. The United Network for Organ Sharing is a system for prioritizing patients for transplants. It combines medical condition, waiting time and prognosis into a scoring system that varies by type of organ.

“It has elements of utilitarianism,” said David Vanness, Professor of Health Policy and Administration at Penn State. “But it’s not designed for the urgency of a pandemic.”

In particular, society has had time to consider how to cover the care for patients needing transplants. End-stage kidney disease patients are eligible for Medicare at any age, for example.

When antivirals or vaccines become available, those too will initially be in short supply, and undoubtedly discussion will arise on who should get them first.

Dr. Emanuel predicts we will soon see in the U.S. the kind of rationing happening in Italy, where there are too few ventilators and I.C.U. beds for all the patients who need them. Estimates by researchers at Harvard show that without drastic expansion of supply, many areas of the U.S. will have inadequate numbers of hospital beds.

“When you consider the shortage of coronavirus tests, we’re already seeing rationing,” he said.